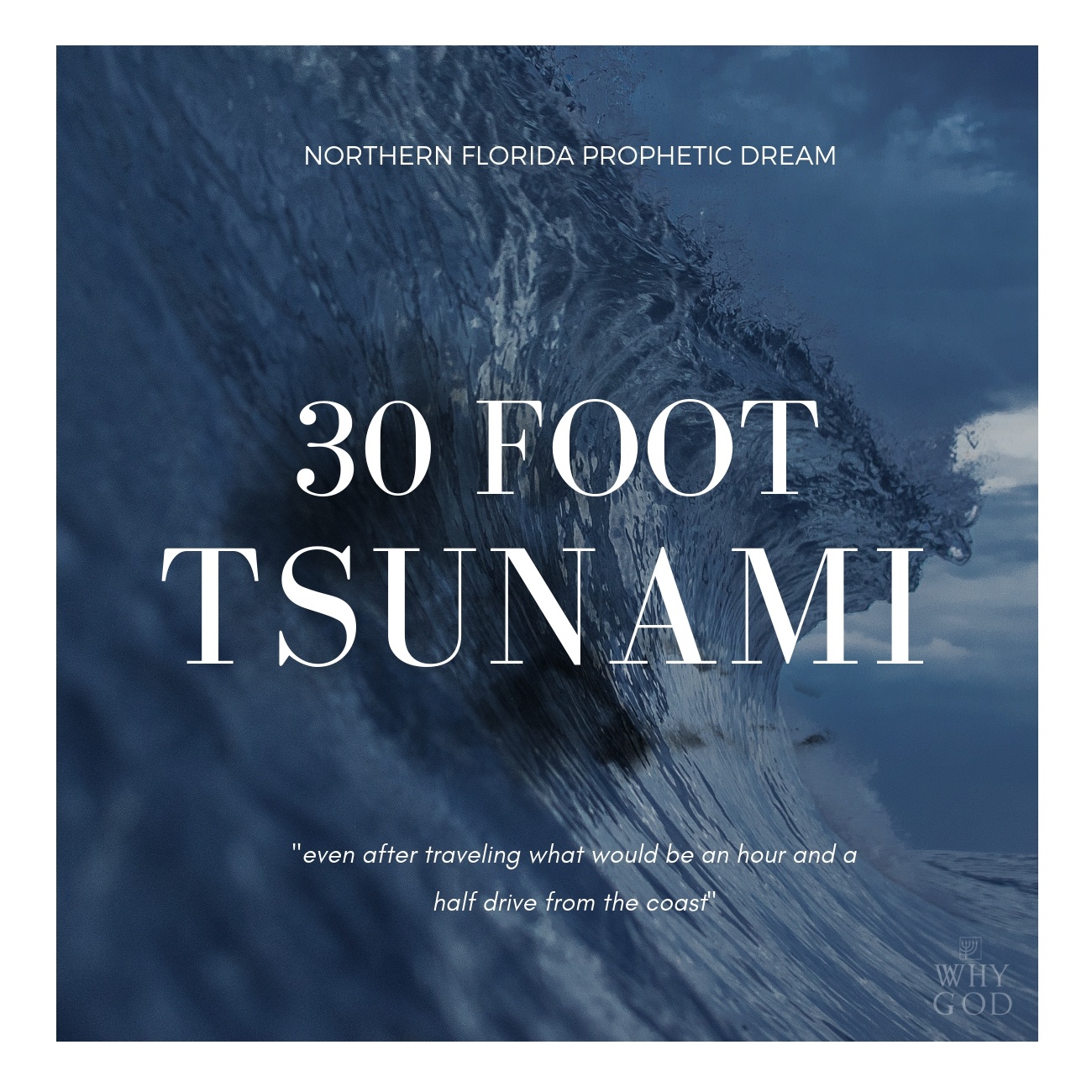 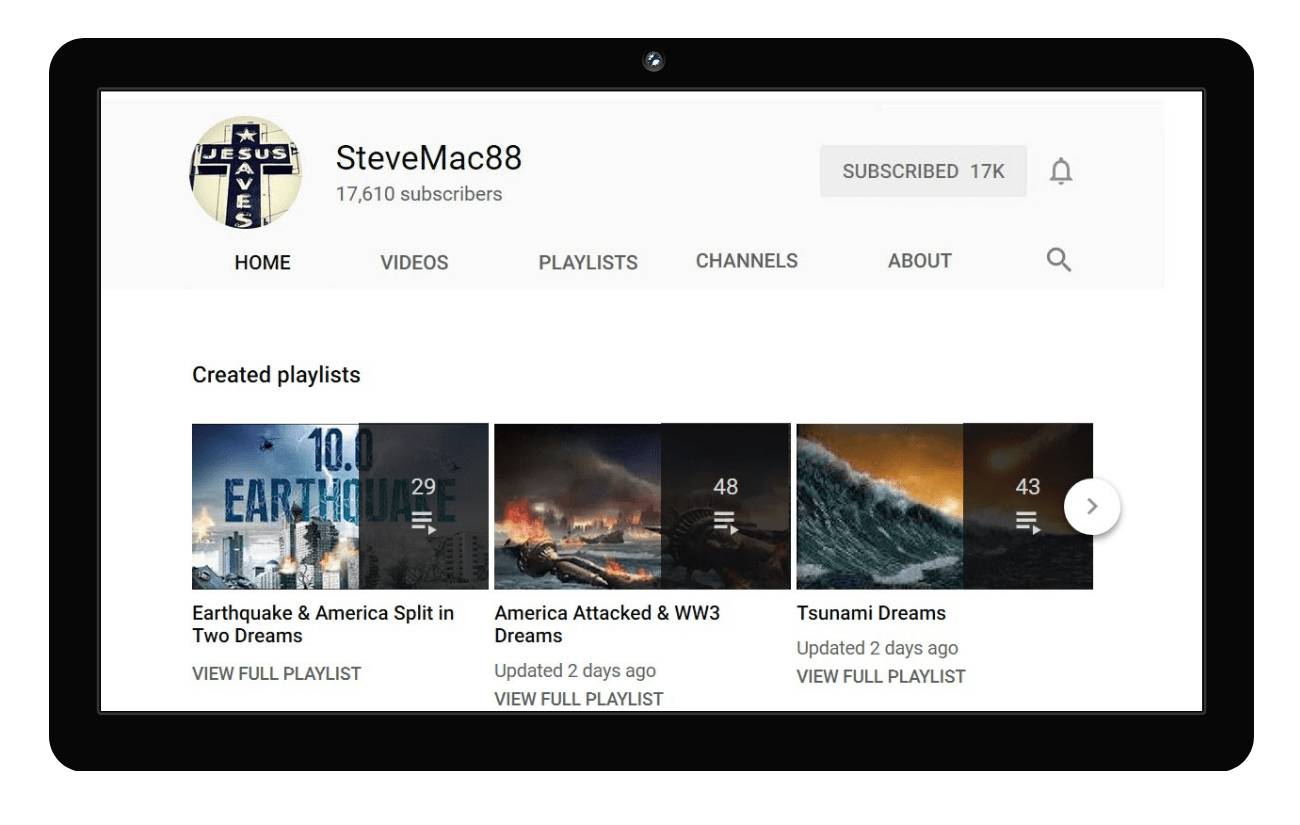 What I saw was nearly unbelievable though, but I’ll post accounts from 7 different people in the comments below who’ve received dreams and visions of tsunamis destroying Florida to help confirm what I’ve been shown for the 6th time now.
The scene began with me driving down a road in the middle of North Florida though, when suddenly I saw a wave of water coming which I knew I would not be able to escape. It was at least 30 feet high, however, even after traveling what would be an hour and a half drive from the coast, which goes along with what others have seen regarding Florida being completely covered by water after getting hit by a tsunami.
I was woken up by this dream in full alarm mode, however, with the feeling that the time for warnings, which in my case started over 3 years ago, is coming to a soon end.
But for those not familiar with this channel, I first started receiving warning dreams and visions from the Holy Spirit in June 2015, of judgment coming to America due to America turning away from God. These included being shown a nuclear missile hitting NYC, a massive earthquake hitting middle America, a Russian invasion along the east coast of America, along with a tsunami wiping out the state of Florida. I’ve further been shown the aftermath of all of this, by seeing electricity cut off, food shortages, a stock market collapse, Christian persecution, men and women being rounded up and placed in the same outdoor prison camps while enduring horrible conditions in these camps, as well as plagues and pestilence becoming commonplace too.
I just cannot stress enough, however, that people need to start waking up to the times that we all are heading into, as well as to the fact that Jesus is coming again very soon too. The last thing in the world I want to be doing is putting out warnings like this as well, and if I was the only one receiving these messages I’m not sure if I’d be able to keep doing it either.
But as you can see by the video links I’ll place below in the comments, I’m not the only one receiving these warnings as many others are being shown the exact same things too… So while I don’t think it’s my place to recommend an evacuation of Florida, which is where I live myself, I absolutely believe that any other Floridians reading this should take this to the Lord, and ask if all of these warnings of destruction coming to Florida are really from God.
On another note, I’m reminded of Jesus’ words in Matthew 24:37-39 (KJV), where He said “But as the days of Noah were, so shall also the coming of the Son of man be. 38 For as in the days that were before the flood they were eating and drinking, marrying and giving in marriage, until the day that Noe entered into the ark, 39 And knew not until the flood came, and took them all away; so shall also the coming of the Son of man be.”
Just think though about the nearly unbelievable coincidence, however, that a full sized exact replica of Noah’s Ark was built, called the Ark Experience, going by the exact dimensions as listed in the bible, and is currently on display in Williamstown, KY… Really though, what are the odds of this, that Jesus would say this nearly 2,000 years ago to warn of the end times and of His soon return, while an actual replica of Noah’s Ark has just been built within the last year or so and is now a tourist attraction in Kentucky… Folks, I don’t think this is a coincidence, but is rather another warning from God that we all need to be looking up, as our redemption is drawing near!!! Maranatha!!!
Confirmations: