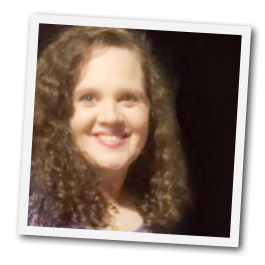 This will be lengthy. It is a compilation of several visions I had in September- November, 2016. I am not certain but I believe some of these events are of the same event that is to come.

I had this visions some time between August and October, 2016

Me and others were standing outside. Suddenly a sign appeared in the sky. I did not see the sign. I just know it was there. As it appeared, I got a very sinking feeling. Then the Lord spoke to me:

WHEN THIS SIGN IS IN THE SKY, GO TO THE SAFE PLACE I HAVE MADE FOR YOU. DO NOT COME OUT UNTIL THE SIGN IS NO LONGER IN THE SKY.


I had this vision between August and September, 2016

As I was praying I had the following vision:

The doors represent 2 events that are to come. Two separate events.The angels guarding these doors are instructed to open these doors by the Lord at an appointed time.

I asked what these two events were going to be. I was shown what was behind the doors.

Behind the first door I see the night sky with many stars and a horse that is brown/red and revved up and raising its front legs as if it wants to run out with great energy.

Behind the second door is an angel with a gold horn. The angel blows this horn and it is very, very loud and the sound lasts a long time.


As I was praying the Lord begin to speak very clearly to me. He said:

SOMETHING IS ABOUT TO HAPPEN.STAY VERY CLOSE TO ME. SOMETHING HAS SHIFTED. GREATER DARKNESS IS UPON THE EARTH NOW. STAY CLOSE TO ME.

I see something that looks like a falling star coming down from the sky. I see this many times as I continue to pray with discernment.

I then see myself, standing where I am in TN, but it seems I am on some time of map of the U.S. I see this falling star again. It is very pretty. It is white and glimmers some. It has a slight trail of smoke and light behind it.  I am facing west and see this star fall and hit the land there. I am not certain exactly where it lands but it is one of the west U.S states, southward.

I hear a sound of impact. After several seconds of silence, the ground trembles. This trembling reaches from the point of impact all the way to where I am in the south eastern states. It doesn’t seem like an earthquake but like a strong tremor that spreads over the vast area of the nation.

As I pray, the Lord shows me the following:

I hear the Lord say:  KEEP YOUR CHILDREN AT HOME. STAY IN THE HOUSE.

Serious damage results from this. Though buildings will not be leveled, many will be condemned. The cost to repair will be very high.

I see cracks on buildings of all sizes. I also see roads that are damaged.

I am now sitting in my house (as the Lord instructed) and it is dark outside. I hear evil creatures wandering around in the dark.( I dismiss this as my imagination.) But I am certain that danger is outside.

This is a one of many things God showed me in a vision that lasted for 3 days.

I see an angel in white coming down and in its arms it is carrying a gray, smooth object. It looks like something man made but I am not sure that it is.

It is moving in the sky from the east to the west (over the United States) then it drops this item when it gets to the western U.S. When it falls, it looks like a small, white pretty falling star with a slight trail of smoke and light behind it. It reminds me of a bottle rocket (fireworks).

When it lands, it causes a great crater across many states.

After it lands, a large earthquake happens.

Another earthquake follows the first one. The second is much stronger.

The falling object and the earthquakes cause portions of these states to fall off into the ocean:  CA, WA, OR.

1. Angel dressed in blue (AB) is standing over the Pacific Ocean near the west coast of the United States.

2. Angel dressed in red (AR) is standing over the Atlantic Ocean near the east coast of the United States.

3. AB and AR rush together and meet right over the center of the U.S. They are now hovering over the mid U.S. and are face to face.

5. The angels clap two times. Each time the U.S shakes. The second time they clap, the shaking is stronger.

6. AB moves higher into the sky but also moving back toward where he was over the western U.S. (not all the way to the ocean)

7. AR watches AB move until he stops moving. This signifies a passage of time.

8. AR turns and with great force dives down into what looks to be eastern TN, somewhere near that area. Like a drill, AR goes deep into the earth.

9. The South Eastern U.S. states quake (possible earthquake) and I see cracks or fissures that are large that span out across states from where AR went down into the earth.

10. I see most of the SE states turn red in color.

11. AB then goes back where he originally was; over the Pacific Ocean.

12. Then I hear the land of the U.S. rumble. The entire U.S.A is trembling. Dry and flat land turned to area of rocks. It was weaker in the Western states, though.

13. AB glides across the U.S.A from the West Coast to the East Coast with a gentle wind (a mild wind storm, perhaps). In the wind is this light blue, transparent covering. AB hovers over the Atlantic Ocean.

14. AB looks at me and says, ‘CLOSED BORDERS.’ Then he says to me, ‘GREAT SORROW.’ I can hear the shouting, fighting and violence in the south eastern U.S. states.

15. AB says, ‘IT WILL NOT HOLD.’ He is referring to the blue shield he placed over the nation.

Visions Of The Calamities To Come To The USA Part 1

Notes From The Video:

“I see the angel dressed in red on the East Coast both are not over the land that they hover over the ocean close by and I see the two angels suddenly rush toward each other nearly went nearly ran in one another.  So they’re running toward each other which means they’re coming over the land now and when they they stopped suddenly in front of one of each other and it’s kind of like over the land, in the mid US, central United States…  and a great wind follows each of them.”

At this point Kim sees both angels clap their hands, and an earthquake happens, then another hand clap which is louder.  She then sees the shaking in the earth become stronger.  Two earthquakes happen.

The next part of the vision -Kim then sees one of the angels gets into the right position over the western part of the United States.  The angel in red watches and waits, and Kim believes this is symbolic of a passage of time.

Then she sees one of the angels dive into the land in the southern area of the United States that Kim recognizes as the Bible belt states.  (Arkansas, Mississippi, Alabama, Tennessee, Georgia, South Carolina, Kentucky and usually North Carolina)

The angel crashes into the land and goes fairly deep into the earth.

She comments in the video that in her experience with dreams and visions, when she sees angelic activity it may represent the natural disasters.  She also notes that when she sees angels standing and witnessing something it is often a man made disaster.

Where she saw the angel dive into the ground was south of eastern Tennessee.

What she sees is cracks, rather than a crater.

“Large cracks spread over all of those states”

She then sees many of the states surrounding this area where the angel dove into the land turn red which she explains means violence and fighting.

Then she sees the angel in blue go back to the east coast in the Pacific where he was originally stationed, she hears  rumbling and she hears a possible earthquake.  All the United States is trembling at this point in the vision. The trembling is weaker on the western end, and greater in shaking as you go east.

Kim makes a note in this event that the angel was not involved in this event, which makes her think this may be a man made event.  The angel is just standing in the Pacific ocean when this event happens.

She then sees the angel in blue come from the west, come to the east with a gentler wind.  The wind was a thin, transparent covering.  The covering came over to the east coast, and was over the entire United States. Then she hears the angel say “closed borders”, and “great sorrow” .  In the BIBLE BELT area of the country she hears fighting and shouting.

Kim speculates that the covering could be some sort of action that is called by our government to protect us.

Then she hears the angel say ”  It will not hold”

It has an appearance of protection she says, but it is penetrable.