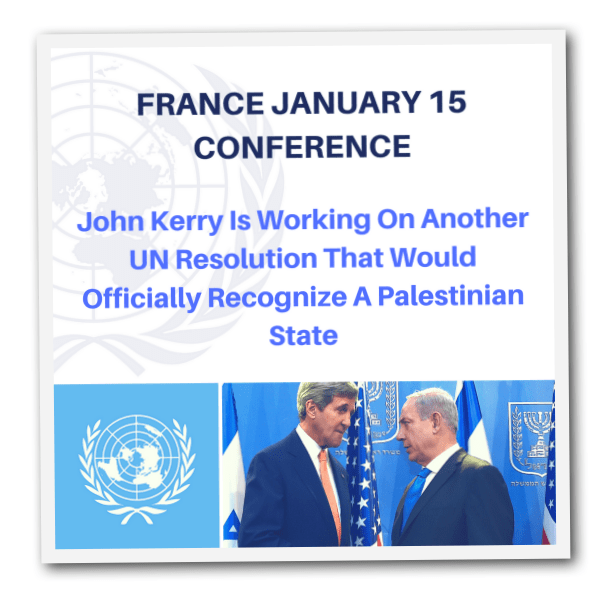 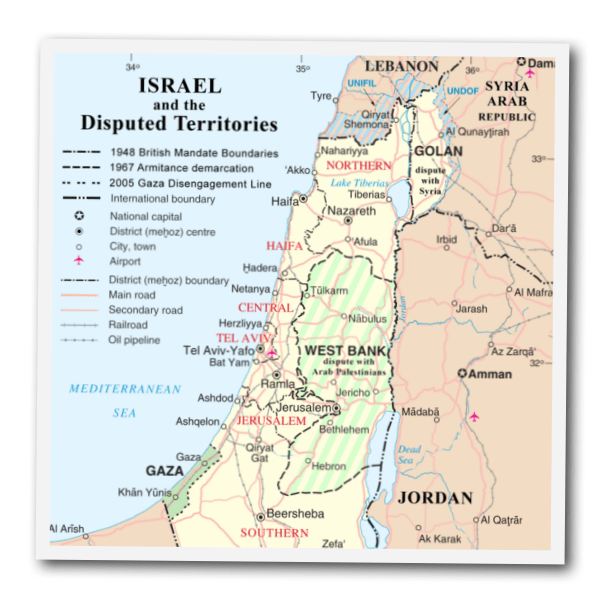 If there is a UN Security Council resolution that officially establishes a Palestinian state prior to January 20th, there will be no question that it will represent “the dividing of the land of Israel” at the United Nations that so many of us have been watching for.

According to the Times of Israel, Israeli Prime Minister Benjamin Netanyahu is anticipating precisely this kind of move at the UN, and he is reaching out to Donald Trump for assistance…

Amid escalating fallout from the UN Security Council vote Friday that condemned Israel’s settlement activities, a furious Prime Minister Benjamin Netanyahu was reported on Sunday night to be attempting to “recruit” the incoming Trump administration and the US Congress to block a feared bid by the outgoing Obama administration to have the Security Council approve principles for a Palestinian state.

It is being widely reported that John Kerry will deliver a speech within the next few days that will set out a specific plan for a “two-state solution”. That same article from the Times of Israel says that Netanyahu is deeply concerned that Obama “will seek to have a resolution enshrining those parameters adopted by the UN Security Council” before the end of his term on January 20th…

Netanyahu’s fear is that Secretary of State John Kerry will set out principles or parameters for a Palestinian state in a speech that he has said he will deliver in the next few days on his Middle East vision. The prime minister fears that, in its final days, the Obama administration will seek to have a resolution enshrining those parameters adopted by the UN Security Council, the report said.

France is to hold a conference on the Israeli-Palestinian conflict on January 15, and Netanyahu expects that Kerry will attend, that the Middle East Quartet — the US, UN, Russia and EU — will coordinate their positions at that summit, and that they will then turn to the Security Council in the very last days of the Obama presidency, a Channel 10 report further suggested.

If John Kerry simply were to get up and give a speech about what he thinks the solution to the Israeli-Palestinian conflict should be, that would be rather meaningless. In fact, there would be little point in doing that unless action was going to be taken at the UN Security Council before the end of Obama’s term.

When you hit the translate button, this is how that tweet gets translated: “#BREAKING: Secretary of State John Kerry would work on a text recognizing the State of Palestine”.

When I first saw that, it sent chills through me.

According to i24news, this document that Kerry is working on would use the 1967 ceasefire lines as the basis for the borders between the two states, but it would also incorporate “land-swaps” so that most of the Jewish settlers in the West Bank could stay where they are…

United States Secretary of State John Kerry is preparing a document which will form the basis for final negotiations between the Israelis and Palestinians to be presented next month before President Barack Obama leaves office, the Palestinian al-Quds newspaper reported Monday.

The document will outline the establishment of a future Palestinian state according to the internationally recognized 1967 borders, with land-swaps leaving approximately 75 to 80 percent of Israeli settlers living in the West Bank under the sovereignty of Israel, the report states.

It would be hard to overstate how dangerous this is. As I explained yesterday, when Barack Obama decided to betray Israel at the United Nations, he cursed America. And a resolution that would officially recognize a Palestinian state would be an even bigger betrayal than resolution 2334 was.

Back in August, I went on one of the biggest Christian shows in America and specifically warned that Barack Obama would betray Israel at the United Nations. I have also repeatedly pointed out the pattern of judgment that we have seen over the last several decades whenever the U.S. has made moves toward dividing the land, and I have repeatedly warned about what will happen when our government is involved in officially dividing the land of Israel and establishing a Palestinian state.

I cannot understand why more Christian leaders are not getting extremely upset about this. They know that the Bible says that God will bless those that bless Israel and that it will curse those that curse Israel.

Many of those leaders also know that there will be extremely severe consequences for the United States once a Palestinian state is declared.

So why aren’t they saying something?

Why aren’t they warning the people?

Why are they just going about business as usual as if nothing is going to happen?

This past weekend preachers all across America should have been preaching fiery sermons about Obama’s betrayal of Israel on Friday. But that wouldn’t have been politically-correct to preach during the Christmas season, and so in most churches nothing was said.

The passing of UN Security Council resolution 2334 was the most prophetically significant event in at least 40 years, and another resolution that would officially recognize a Palestinian state would be even more important.

America is already under a curse due to the passage of resolution 2334. If another resolution is passed that formally establishes a Palestinian state, our nation will experience a shaking unlike anything that we have ever known before.

Let us pray that the Obama administration is not successful in getting this resolution passed before January 20th, because if it happens all hell is going to break loose in America.

One of the Most Important Prophetic Markers – Michael Snyder shares just how close world leaders are to dividing the land of Israel, and how that decision could impact our country.