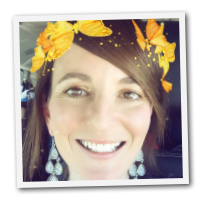 I SAW ANGELIC HOSTS DRAWING BOUNDARY LINES AROUND HOMES AND IT WAS BEING SEALED BY THE BLOOD OF JESUS.. THE MANIFESTED RELEASE OF VICTORY IS BEING DECREED!!

I had a vision tonight which I felt an urgency to release. There is much spiritual activity going on right now. I saw onslaughts coming against households of God’s people. These onslaughts were relentless.

I then saw angelic hosts drawing DEEP boundary lines all around properties and once they were done, I saw Jesus seal those boundary lines with His blood. Chains and assignments of the enemy, suddenly breaking!

As this happened, I saw PSALM 91 shining above houses and I felt the Lord saying PSALM 91 is a KEY for this season and the onslaught many are facing.

All over the houses was the word “VICTORY!!!” A strong decree of the Lord that the power of the blood of Jesus was going to be seen. A strong decree of the Lord “YOU WILL SEE VICTORY!!!”. Where these onslaughts have come against households to ‘take out God’s people’ and just when many thought they couldn’t stand anymore, I saw the Lord decree “I AM MAKING YOU UNSTOPPABLE IN ME”. A sudden, divine turnaround took place by the power of His Spirit not only seeing MANIFESTED VICTORY released into households but an UNSTOPPABLE STRENGTH, FEARLESSNESS and COURAGE found in Him exploding forth!