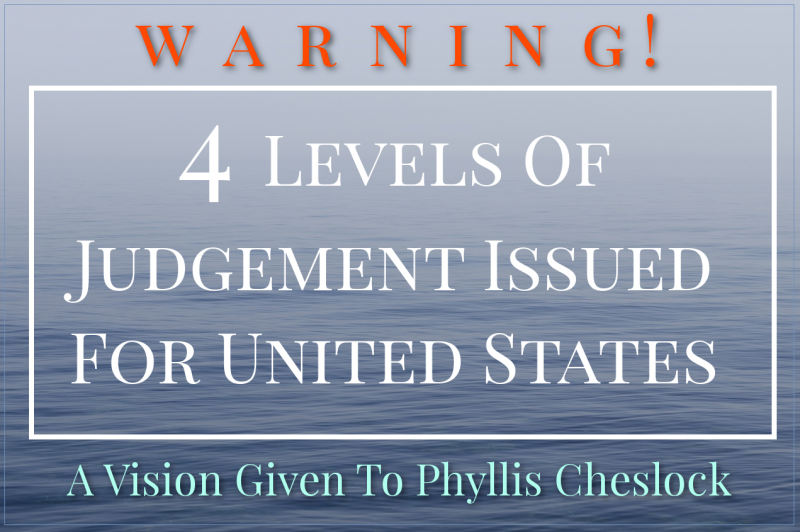 In this vision, Phyllis Cheslock sees 4 levels of judgment brought to the United States.  She was out in the middle of a sea when she had 4 animals shown to her. It was later that an interpretation of what each animal signified in the open vision meant for America’s future.

The 4 steps of judgement include the opportunity for the people to recognize their error, and repent.  When they do not bend their knees in repentance, the severity increases with every additional judgement that is set in place.  The measure increases greatly as the judgements are issued.

As you can see below in her chart, we have not entered into the final judgement which includes the deception of the rapture and the mark of the beast.

Read her personal notes below, and learn more about Phyllis Cheslock at the end of the notes.

Election 2016 Prophecies- Which Are Correct? “A woman will rise to power in America as a president ” – William Branham’s 1933 Vision