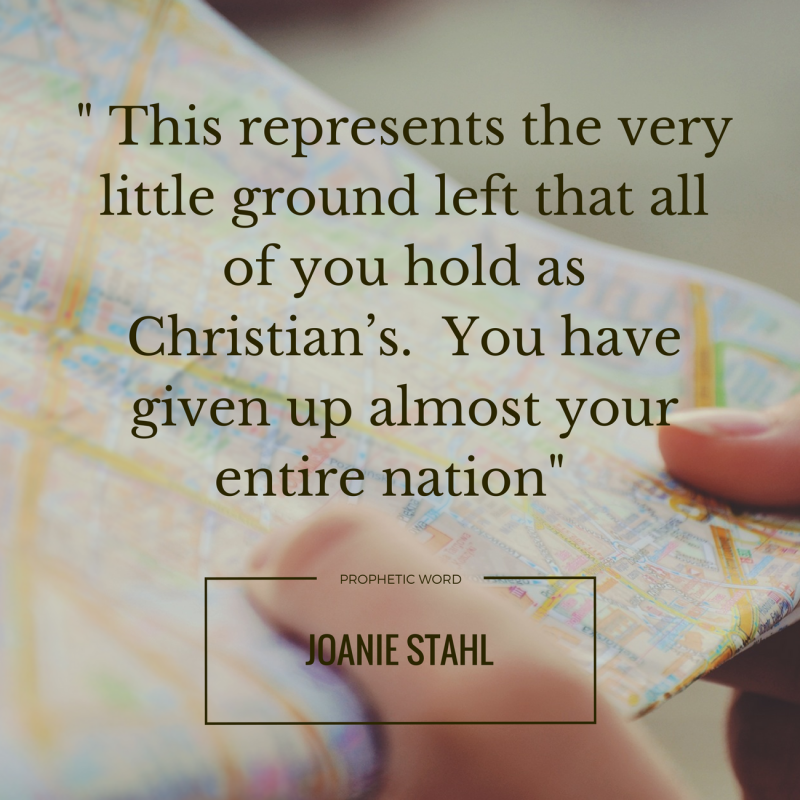 On the night of September 23, 2016, I was sound asleep.  I suddenly awoke and immediately knew it was the Lord waking me.  I can honestly say that it was not like other times where He has woken me up.  This time it was like someone shaking me to wake up due to an emergency.

The very moment my eyes opened, and before any of my own thoughts came into my mind, I heard the Lord say to me in a very firm and strong voice,

“Begin to stand against the witchcraft Hillary Clinton is operating by.  Stand and break the powers of magic and witchcraft.  Stand against it. Cast it down.  Rebuke those powers that she is employing and that are using her to take over your land!”

As many of you already know, I have already released this message on our website. Everyone is welcome to read the entire thing in order to hear the rest of the message and outcome. (Pray Against Hillary’s Witchcraft)

This was the first part of what the Lord said to me that morning. Little did I know that more was going to be revealed as well as shown to me.

Since September 23, 2016, I have continued to campaign regarding this command. I say it was a command to reiterate because the Lord did not ask me to pray, nor did He suggest that I war. He commanded me to rise and tear down, stomp on, and destroy in His name.  Therefore, I have done exactly that.

On October 3rd, I was in private prayer regarding this stand to block the occult powers that Hillary is using and that are being employed by people all over the United States and abroad.

In a waking vision, I began to see the entire map of the United States right before my eyes.  I saw what looked like a tiny, minuscule circle drawn in a certain location on the map.

I wondered what that meant as it got my immediate attention.  Then, I immediately heard the Lord say to me in that same authoritative, commanding voice,

“This represents the very little ground left that all of you hold as Christian’s.  You have given up almost your entire nation; yet, I have held back a portion of ground (spiritually) to still stand on, or else you would have given it all away.”

The Lord made it very clear to me that there has been given to us a very short window of time to act. He also pointed out to me how desperate Satan is and that this was blatantly obvious.

There has been no other time in our history as in this present time.  Satan knows it. We should know it.  We have been lax at our positions to “rule in the midst of our enemies”.  We have given away our ground without a fight.  The little piece of ground that the Lord showed me was extremely small and the placement of it was on the very edge of the sea and land.  This means that we are now nearly pushed completely out of our own nation.

Do not be fooled.  This is not just about what you see; it is primarily about what you do not see.  From the first kings of antiquity who ruled over nations, every nation on earth has been controlled by Satanic powers. “For we know that the whole world lieth under the power of the wicked one.” (1 John 5:18, KJV).  Nothing has changed. This is what God wants everyone to know.

He is holding a piece of ground for us to stand upon. This means we have been given power from on high to uphold and execute spiritual authority in His Holy name, and He means to back it up without a doubt.

We read the word year after year and do not take it to heart. God has expectations of us to operate no differently than “Gideon, Barak, Samson, and Jephthah, David and Samuel and the prophets.  (Hebrews 11:32, KJV)

“He hath remembered His covenant forever, the word which He commanded to a thousand generations.”  (Psalms 105:8, KJV)

This is His mercy towards us.  This is His will and His way.  He makes us part of the end of these things. He wants us to rise up NOW – not tomorrow, and not in a passive way.  If your God roars out of Zion, you had better believe that He expects NOTHING different from us. NOTHING! Anything less than that would discredit the Cross and the power given to us.

I [Joanie] have continued to “roar out of Zion” every day to the best of human ability filled with His Holy Spirit.  The power and authority to war is instant, which is the evidence of the Lord and His direct command.  If I were not given this anointing, I would not dare to step one foot into this war field.

Just this week, October 13th, as I was in prayer, the Lord brought specific scripture to my mind:

“These be the names of the mighty men whom David had:  The Tachmonite that sat in the seat, chief among the captains; the same was Adino the Eznite:  he lift up his spear against eight hundred, whom he slew at one time.

And after him was Eleazar the son of Dodo the Ahohite, one of the three mighty men with David, when they defied the Philistines that were gathered together to battle, and the men of Israel were gone away:

He arose, and smote the Philistines until his hand was weary, and his hand clave to the sword: and the Lord wrought a great victory that day; and the people returned after him only to spoil.

And after him was Shammah the son of Agee the Hararite.  And the Philistines were gathered together into a troop, where was a piece of ground full of lentils: and the people fled from the Philistines.

But he stood in the midst of the ground, and defended it, and slew the Philistines: and the Lord wrought a great victory.”  (2 Samuel 23:8-12, KJV).

I mentioned before about that image of the entire map of the United States in a waking vision. It is important for me to say that since that moment, that image has stayed with me and never leaves me – no matter what I am doing.  The Lord keeps it before the eyes of my understanding to get the caliber of what He is emphasizing.  I liken it much to what it would mean to be branded within me.

When I was given this portion of scripture, I quickly understood exactly what the Lord was getting at.  This is what He said to me:

“Just as I have shown you what very little ground you have left of your nation, the fact that Shammah stood in a field of lentils to defend it against enemy raiding forces until his very hand was frozen to the sword, is nothing short of what I want and expect from you.

[Meaning, not me alone, I understood that He meant everyone called into this critical war].

The mere fact that it was a field of lentils, which is a very small parcel of ground to defend, was not the issue.  Shammah defended it to the death because it was land that was part of their inheritance.  Do you understand?

I gave you your land that you live on, walk on, and prosper, but you have not defended it.  I have reserved a small portion for you to now stand on and defend.  It is small, but it is all you need.”

Satan is desperate to get Hillary Clinton to sit on the seat of Presidency from which he will use her to destroy what is left of our nation.  Why do you think He is working so hard?

Listen, judgement is coming no matter who is in office.  It is determined.

This is serious. This is the last and final chance that we have.  Yes, go and vote.  We need to vote. However, do not underestimate the powers of hell that are ruling in our midst and doing it blatantly.  These wicked rulers of darkness have their human agents ripe and ready to bring down what is left of this nation.  They mean business and they fight to win. Their spoils are nothing short of Satanic wrath upon the people of this land and to destroy this nation altogether without flinching.

Now listen, if you have not fought in these types of wars, please be advised that the enemy will ruthlessly countermand you immediately so that you will never pick up your sword… ever again!

This is one of his most effective means to knock the fight out of you.  Nevertheless, your prayers are most valuable to the Lord. Regardless, do not directly advance against these wicked forces unless you are seasoned in this type of warfare and the Lord gives you direct instruction to do so.

For those of you who have gained ground and authority through many wars and campaigns, this part is for you.  Do nothing until you have consulted with the Lord.  As you know, this is proper, as there are rules for war and rules of engagement.  You will need to ask Him if it is His will for you to go into this battle.  He must authorize it.

Wait for the green light.  You know the drill.  Be the Shammah of today.  Grasp the hilt [handle] of your weapon and weigh it.  When you swing your sword given to you by our Father, He will make sure it will deliver a blow the devil will not be able to resist nor withstand….“Behold, I give unto you power to tread on serpents and scorpions, and over all the power the enemy possess and NOTHING shall by any means harm thee.  Notwithstanding, rejoice not in the fact that these spirits are made subject unto you, but that your names are written in the book of life.”  (Luke 10:19, KJV).

This IS His command.  Keep in mind this is the end of the Church Age and this battle is one of the hottest ones ahead of worse one’s coming after.

I do not know about you, but I know that I want to count it all joy to enter into this battle ONLY because the Lord asked me to.  Not that it is easy.  Nonetheless, the joy is in the commandment of the Lord and to obey Him; to be part of what He is doing in the earth in these final days.

Let us be the Shammah class of fighters and we will see the glory of the Lord.