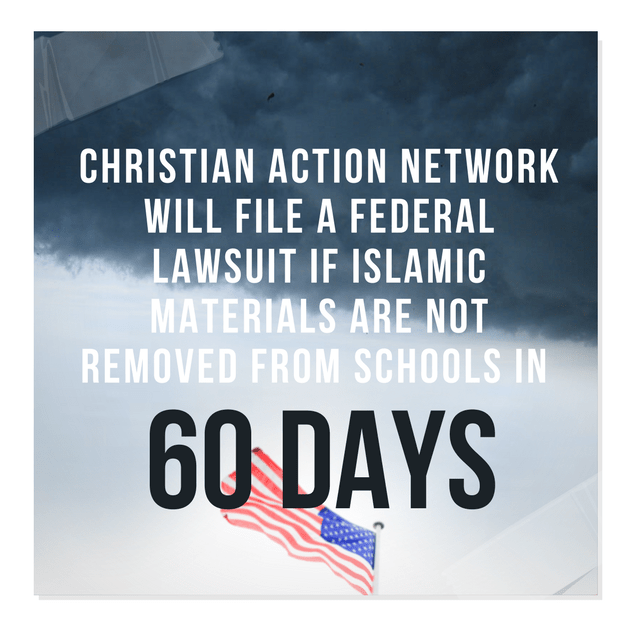 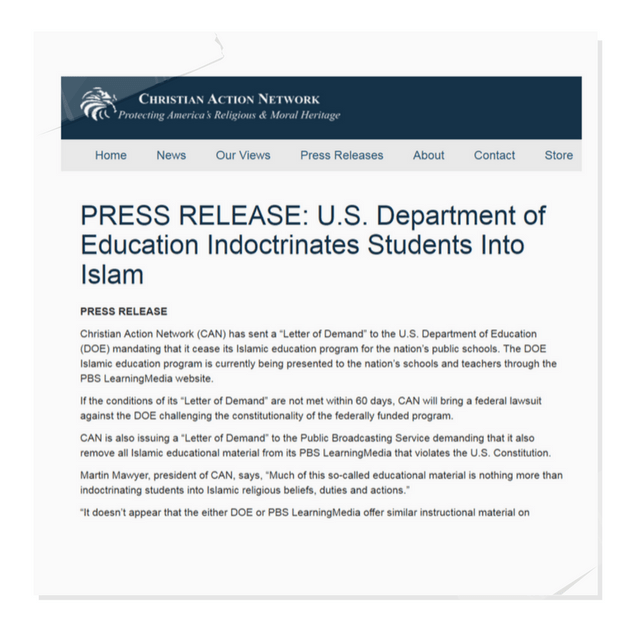 If Christianity can’t be “forced” on the children or even mentioned, no other religion can.

Christian Action Network sent a “Letter of Demand” to the U.S. Department of Education (DOE) mandating that it cease its Islamic education program for the nation’s public schools.

The Christian Action Network believes this “educational material” is more like indoctrination of our children.

Children are asked, or told, to complete such assignments as:

In addition, students are expected to correctly understand and answer such questions as:

The lesson plan is designed for students in grades 5-12.

Christian Action Network says they will file a federal lawsuit if the materials aren’t removed from schools in 60 days.

Read more about this at christianaction.org/