This was my scripture reading this morning out of Ezekiel.  God has a severe warning for those nations which divide the land of Israel.  Benjamin Netanyahu flew into Washington DC on Monday and the topic of Israel being divided for peace is back on the table.

Is there a reason why there is flooding RIGHT NOW in Ashkelon, on the southern coast of Israel?   Could this be another MESSAGE To Benjamin Netanyahu?  Netanyahu declared in talks this week…, “We have not given up our hope for peace.” He emphasized that his preference was for a two-state solution.

Will the United Nations force a divide on Israel?  If so, will we see a MASSIVE catastrophe here in the United States?

God tells us in His scriptures that judgment comes for those who divide the land in Joel 3:2: “they have divided My land.”

Many believers have seen horrific visions and dreams of judgement coming to the United States over dividing the land of Israel. Here are just some of those links:

Isn’t it a striking occurrence that we have had a substantial amount of earthquakes shake parts of this nation?

Dutchsinse commented in his facbook post that the “silence” on the West coast over the last day is not good sign. http://on.fb.me/1NICUYH

Pressures all over the Pacific are building.  Could we be looking at major shaking to come? 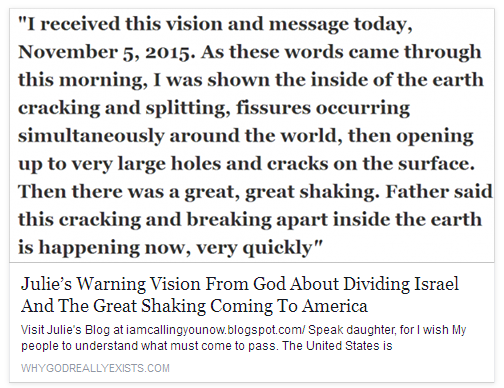 “California, California, California, oh how you have grieved My heart. I will destroy you and all of the abominations that have been a defilement in My eyes. New York, I will burn you and lay waste your city. You will be reduced to burning rubble and ashes. Miami, your cup of iniquity is overflowing and I will utterly consume and destroy you in your wickedness”  Read here
Shane 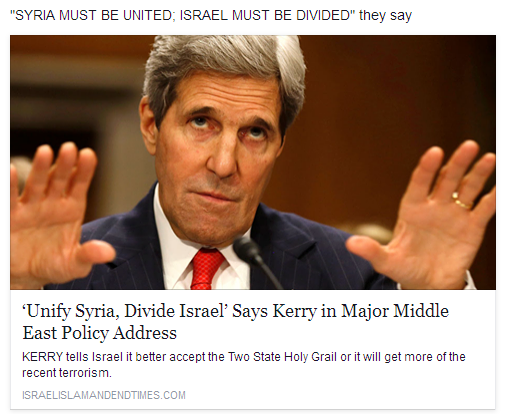 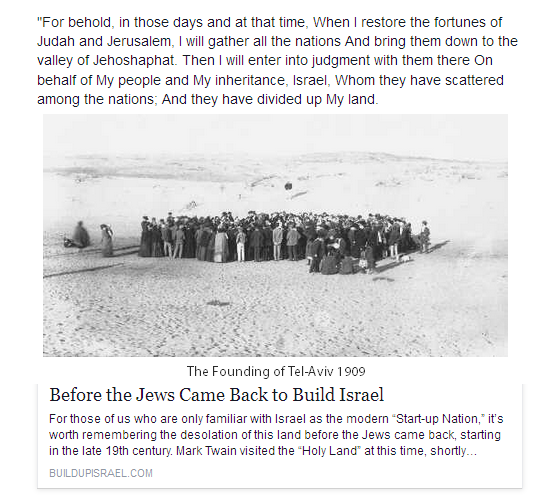 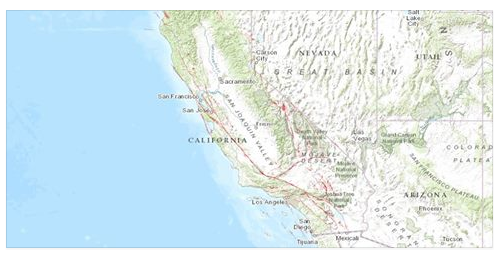 How close to a fault do you live? Type in your address and see.
bayquakealliance.org/howclose/ 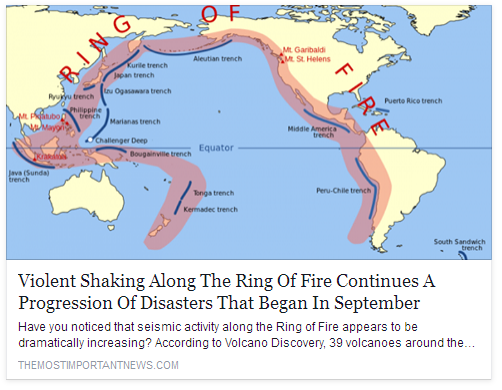 Since the time of Solomon, the Tribes have been divided. Michael Snyder will show you how they will be reunited in Israel as one. Israel will be victorious in WWIII and get back all her land from the Euprates to the Nile. Massive amounts of oil will be discovered in Israel. Israel will rise up to be one of the world’s richest strongest nations.
Buy it from the prophecy club, or watch it on vimeo.com 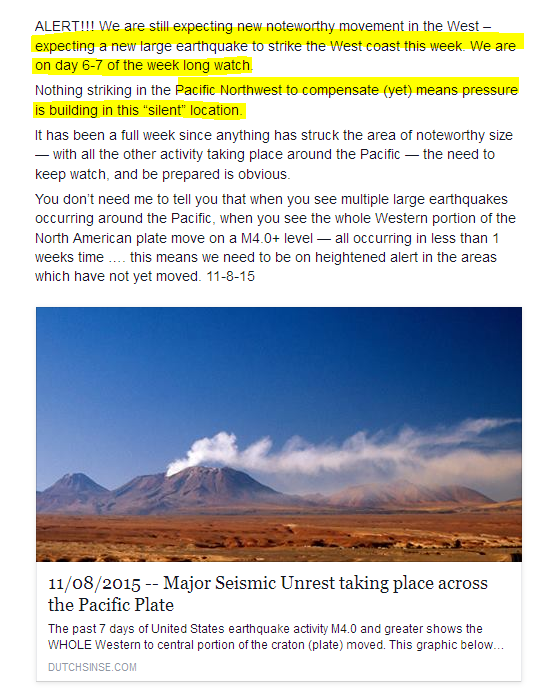 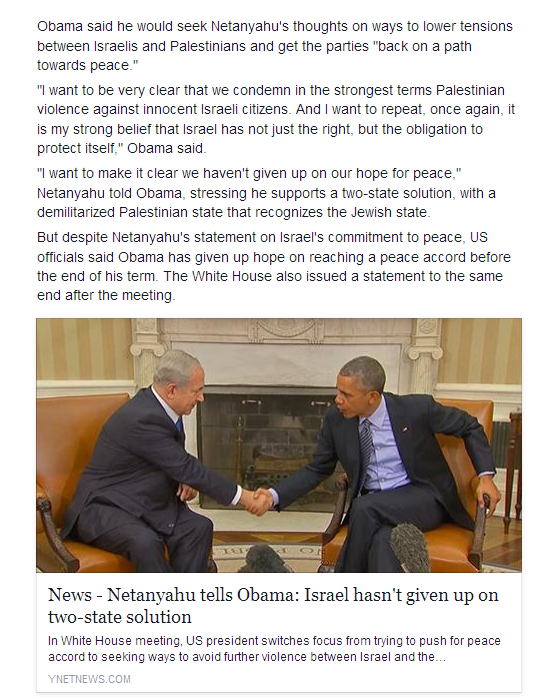 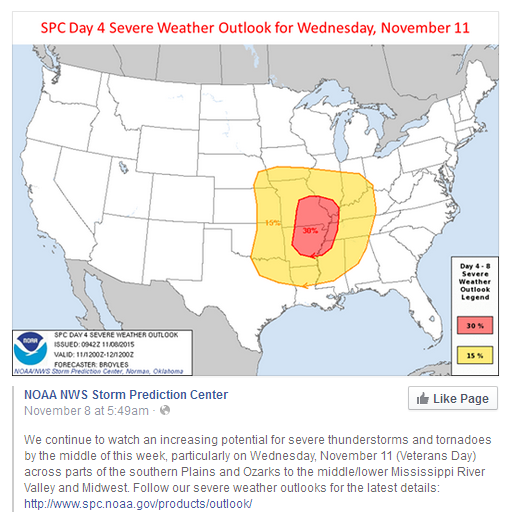 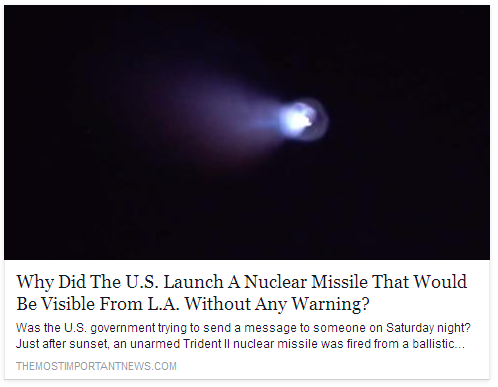 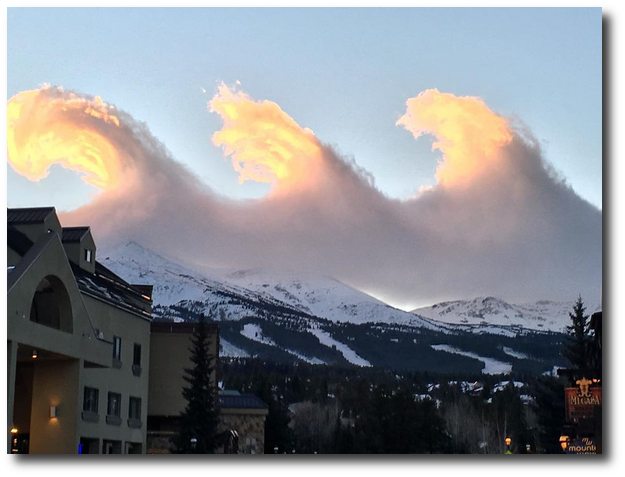 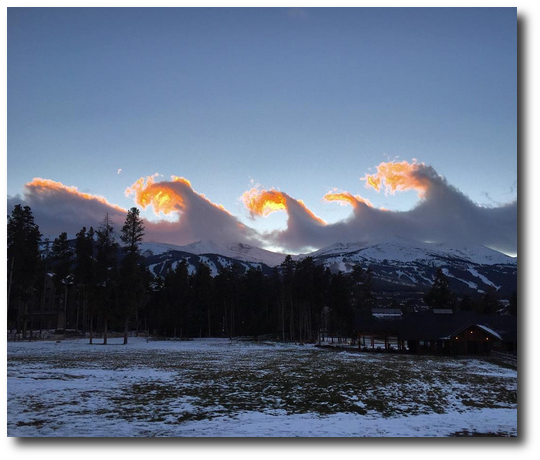 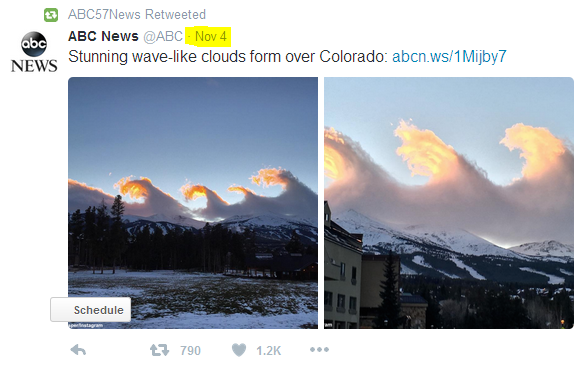 November 4th , Could the Lord be warning us of a tsunami disaster?

An amazing cloud formation in Breckenridge, Colorado allowed residents to witness an incredible sunset that looked like breaks in waves seen in the ocean. Do you think the Lord is warning His people of a disaster, or do you think this is just a unique appearance in the clouds?

November 6, 2015 A tsunami like cloud rolls along the coast of Sydney, Australia 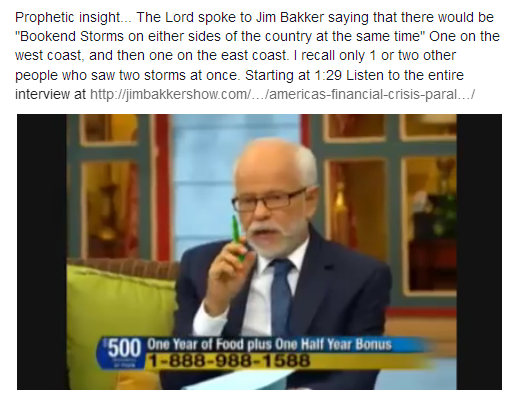 Dividing The Land Of Israel And Consequences