In the 3rd part in this 3 part series, Kim picks up where she left off where she sees Russian territories, and a dark leader’s presence could be felt in the surroundings.  ISIS and extremists took over a good portion of the United States.

Next she sees 4 airplanes flying from the south and they dive down into the southern Russian territories.

Suddenly she sees an angel carrying something gray in his hands. She sees it falling out of the sky. It glides over the east, then over the mid west, and drops the item which reminds her of a falling star. This item lands in California and leaves a huge crater in the earth. The crater spans over STATES. She says Oregon, Washington state and Nevada.

She sees three states on the pacific coast, and parts of their land fall into the Pacific ocean.

One piece she mentions is from Washington state, and the other piece is from California.

Next she was able to ask more about “the queen” – It is revealed to her that this woman comes out of Washington, and has governmental powers. She doesn’t feel it is Hillary Clinton, but rather someone important in government. She appears in white and has a white sword. She is recognized like Queen Mary, or bloody Mary. She enforces that religion is to be within a certain set of beliefs, and if you oppose that she will make war with you. She moves from New England and she strikes the southern states, such as the bible belt. ” the queen”  moves from one state to another all the way down to the Gulf of Mexico, taking over places like Georgia, Louisiana, and Alabama.

Kim was taken down to a stream of blood, with little white crosses in stream, which represents the death of Christians. This queen tries to get rid of the Christian bodies by dumping them into the ocean, and later she uses fire to purge the land. This queen then sees the Muslim and extremest territories and she makes war with them. Kim notes that her army is strong, and she eventually defeats ISIS all the way down to Texas where ISIS is heavy. She is reminded of the Civil war, where the same states are involved, and the north wins again, only this time it is about religion.

She then is shown a nuclear bomb that hits the southeastern part of the United States. She is unaware who is behind the bomb. Next she sees very large waves of water which come over the west coast which she identifies as a huge storm or tsunami which brings destruction.

She asks more about the NWO leader that is to come, and is told that he resides over a council. Kim is aware of the vast amount of councils there are, and is unclear which one he comes from. It is revealed that this man is a friend of Israel and “the queen” (this woman who plays a special role) really likes him, however Russia and Putin do not like him.

31. I see a chair that resembles a throne. I see a larger chair that represents, ‘ONE GREATER’. I then See Vladmir Putin sitting in the smaller chair/throne. This is in the northern mid states of the U.S.

32. I then see a border drawn around Putin and his seat. This territory is now Russia’s.

33. Though this makes no sense to me, I see Israel having territory where the statue of the dark ruler who wants to rule the world is placed.

34. Plane. Plane. Plane. Plane. I see four airplanes flying down in daylight toward the U.S. They look as though they come out of the south (TX or Mexico). They head north and then dive down on the Russian territories and just beneath it.

35. AB glides back to its position on the Pacific Ocean. It gently throws both arms straight out in front of itself. (perhaps another period of time passing between events) After several seconds AB is looking to the east (past the U.S.) It then says, ‘HERE.’ This message makes its way around the world. And the world waits. (again, time passing between events). As I pray I keep seeing AB with his arms stretched out and saying, ‘HERE.’

36. I see the night sky and the stars. I see an angel in white come down from the eastern sky. It is holding something large. I am almost convinced it carries something man-made. It has a smooth roundness on the front. It is gray or silver in color. The angel in white drops this as it goes over Utah (at a fairly good speed). It then looks like a falling star coming down with a flame or a fire on it.

37. This ‘falling star’ lands in CA and I see a great crator created by its impact. This crator is very large and covers over portions of CA, OR, WA and even NV (maybe other states too)

38. Parts of CA and WA fall off into the ocean. It looks like 3 large chunks. One in WA state and two in CA.

39. A terrible earthquake then happens there. I see more pieces of CA fall off into the ocean (southern CA). And this earthquake also stretches from border to border.

40. I then see another angel in white come down over the middle of the U.S.A. and take The Bible out of it. I hear people weeping, wailing and crying for the Word of God has been taken from them. (this part made me the saddest)

41. I then ask, ‘What about the returning Queen Mary 1/ the demonic principality?’

42. I see her. She looks to step out of Washington DC. She comes out and walks throughout the NE states. Then she makes her way southward. I see a white sword in her hand. She is also dressed in white.

44. I see a stream. It isn’t of water but of blood. I see crosses stained red with blood. Some crosses are floating and others are laying in the shallow stream of the blood that her sword has caused to flow.

45. I then see the dead being pushed off into the ocean (mostly into the Gulf Coast). It represents, ‘CLEARING OFF THE LAND’. This is a very large undertaking and takes a good amount of time. But it is done.

46. I ask, ‘Where is this queen from?’ I hear, ‘THE QUEEN COMES OUT OF WASHINGTON DC; OUT OF THE WHITE HOUSE.’ I then ask, ‘Does this mean the U.S. government institutionalizes religion just as Queen Mary 1? I hear, ‘YES. THERE IS THE RELIGIOUS RIGHT AND THE RELIGIOUS WRONG. SHE ORCHESTRATES HORRIBLE CIVIL WAR OVER THE S.E. HER POWER AND MIGHT BRINGS THINGS TO VIOLENCE.’ I then ask, ‘Will the queen be defeated?’ I do not get an answer to that. I am shown what other things she does.

47. I see the queen (whose throne is in the S.E now) turn westward with her white sword. She is going to war with the Muslim territories. She seems to invoke this war. Her army is strong (I believe it is the U.S Military with her). They defeat ISIS and all Muslim territories.

49. I hear a voice tell me, ‘THE POWER OF THE U.S. WAS SET AROUND WASHINGTON DC TO PROTECT THE NATIONS LEADERSHIP. WHEN THIS HAPPENS, THE SOUTH EASTERN STATES BECAME ANGRY. THERE WAS GREAT UNREST AND VIOLENCE AMONG THESE SOUTHERN STATES DUE TO CALAMITY, RACISM, MARTIAL LAW, LOOTERS AND RELIGIOUS DISAGREEMENTS. THE QUEEN PUTS AN END TO IT ALL BY LAW AND EXECUTION OF LAW BY WAY OF MILITARY FORCE.’ After I hear this I notice that nearly all the northern states and southern states involved in this ‘war’ are the same in the Civil War in the 1800’s. This time the war was fought in the name of ‘religion’, though.

50. I ask, ‘How on earth does Israel get territory and why?’ I hear, ‘MONEY.’ Then I hear, ‘IT IS NOT A SPIRITUAL DECISION REALLY BUT A MONETARY ONE. BY SETTING UP HOME IN THE U.S. THEY CAN SAFELY WAGE WAR FOR THEIR LAND.’

51. It is likely not known to be Israeli/Jewish. Putin knows, though. ‘Keep your enemies closer.’

52. The queen shows honor to the Jewish territory and will not fight them.

53. I see the SE states set ablaze to ‘burn away all decay’. I strongly sense that it has been hit with a nuclear bomb. It is virtually a dead space.

54. I see a council and the dark leader who wants to rule the world is made leader of this council. I think it might be the United Nations but I am not certain. It is a global council, though.

55. Israel likes this dark leader. The queen honors him. Putin/Russia doesn’t like him. 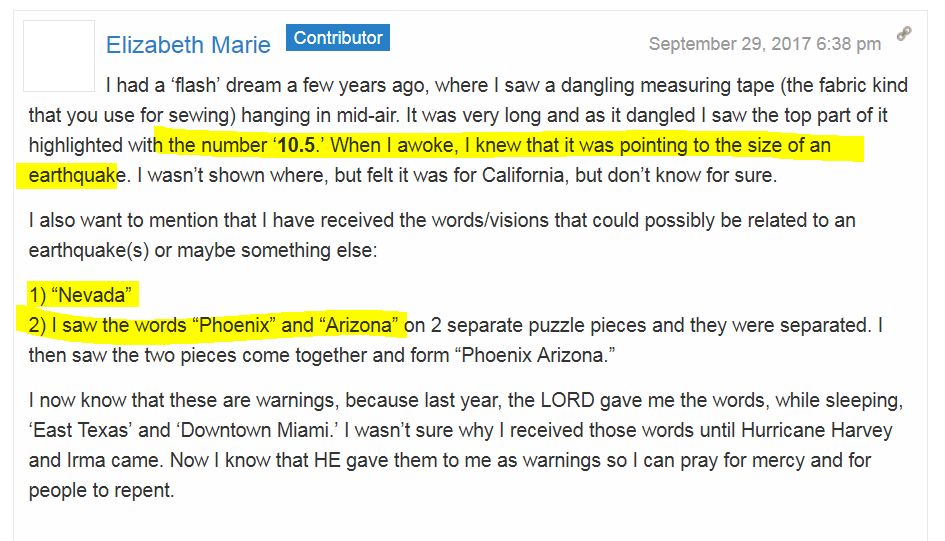