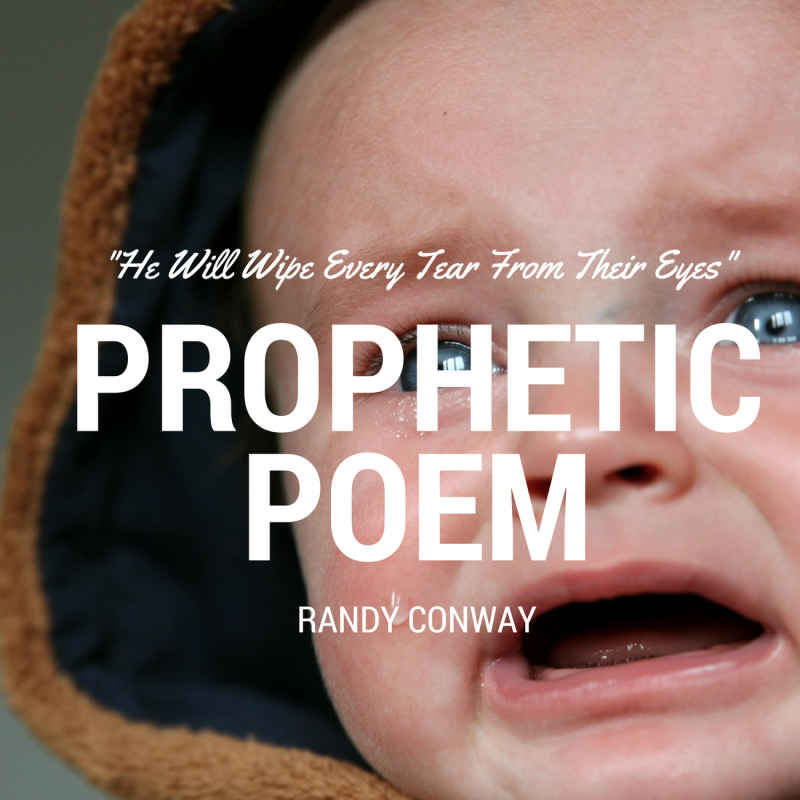 He Will Wipe Every Tear From Their Eyes

Last night as I lay sleeping I had a troubling dream

In the morning when I awoke I relived every scene.

Babes in every direction completely surrounding me.

They were everyone weeping, crying huge and streaming tears

Suddenly in the midst of this crowd a heavenly being appeared.

He said, “Be patient little ones for He is almost here.”

I approached this magnificent creature to ask permission to inquire

“What has happened here, what tragedy has transpired?”

Stretching out his arms in a giant sweeping motion

He replied, “These are children never born, the victims of abortion.”

Again I risked to question and asked, “Why do they cry?”

He dropped his head and then answered with a sigh.

“They weep for a lifetime of losses that are poured out on them in a single moment.

The missed joys and pains, struggles and victories coming all at once are raw and potent.”

“But is this not heaven?” I asked, and I thought in heaven you weren’t supposed to cry.

“You are close child, but there are tears; the difference is Jesus will wipe every tear from every eye.”

Looking at this ocean of children I was overcome by the sheer magnitude of its size.

And deep within my spirit anger, sadness and confusion began to rise.

He said, “This one was to have two sons that he would teach to hunt and fish.”

All crying for a purpose on earth that will never be fulfilled and for breath they’ll never take.

I noticed some were sobbing violently; they seemed more hurt than some of the others

The angel pulled one close and said, “These are late term abortions and for 9 months they knew their mother.

They knew her voice and anticipated – then suddenly from her they were wrest.”

I realized these millions of lives were more than single tragedies,

It is exponential when you start adding up the casualties.

But in that same instant I suddenly awoke and found myself back in my room.

And I fear for the coming judgement because we have tolerated this shameful heinous crime.