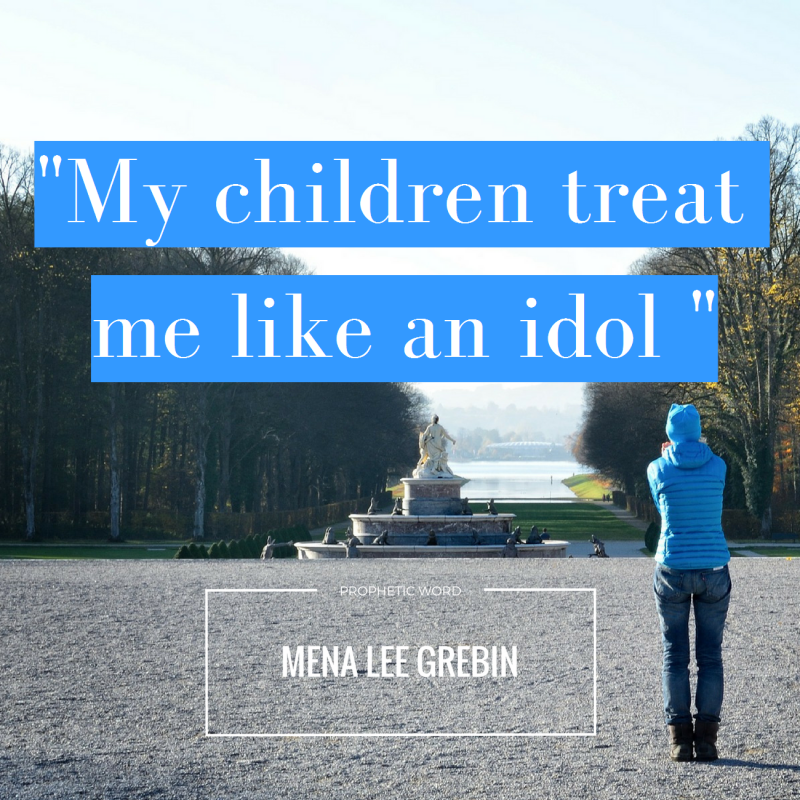 One night while in prayer, the Lord spoke to me and said, “My children treat me like an idol.”

It was odd to hear this, considering that it had nothing to do with what I was praying about at that moment. I thought of the first two commandments, and then tried to ponder what He was saying. I then proceeded to ask the Lord how was this possible.

“Think of an idol” the Lord continued.

I thought of an idol. The first thing that came to mind was Buddha. It seemed to be and easy one; after all, I always saw statues of this dude in the nail salons.

“How do people pray to Buddha?” the Lord asked.

“Well, I’ve seen them use food, and incense, and candles, and all sorts of stuff, Lord.”

“When they are finished praying to it, what do they do?”

“Um….they leave?” I answered, perplexed at the Lord’s questions.

“Why do they leave?” the Lord asked.

“Why do they leave?” the Lord asked for a second time.

“Because the person is finished with their prayer or request?” I said, doubting my own answer at this point.

A third time, He asked “Why do they leave?”

By now I knew I was answering wrong. So instead of continuing, I decided to reverse the question.

“They leave because they never expect the idol to answer them” He responded.

The Lord continued; “My children treat me like an idol made of wood, stone, or metal. These things are dead. They have no life. They cannot respond. But I AM life. Yet, my children pray at me, instead of to me. Once they are finished, they quickly leave because in their heart, they don’t expect me to respond.”

I was immediately convicted. I knew that I was guilty of this in my own life. I began to repent to the Lord of treating Him as such.

Too many times, we don’t consider that although God is spirit, He has feelings. We even more forget that Christ is a person, who again, has feelings. In fact, the very reason why you feel is because we, as mankind, were created not just in the image of God, but also after His likeness – which means; His character and personality.

In Psalm 40:1, the psalmist, David, said; I waited patiently for the Lord; and He inclined to me, and heard my cry.

Here, the key note is that he waited patiently. So often we are not patient with the Lord. We live in a society where we want everything now; we’ve been conditioned to only follow our senses. Yet, in this process, we fail to realize that this form of living goes completely against faith.

Faith is the substance of things we hope for, and then becomes the evidence of what we can’t see. And without faith, it is impossible to please God (Hebrews 11:1,6).

Understand this: it takes faith just to believe in God, and to build a relationship with Him. It takes faith to believe that the God who created all things, the God who called you by name before the foundations of the earth, the One who knitted you together in the secret of your mother’s womb, is the same God who will answer you…IF, you wait patiently for Him.