We have witnessed at Least 1 Russian Airforce Jet go directly over 3 Major US Cities! Some of the data is missing, but you can see that it originated from Moscow, Russia. It is listed as part of the Russian Military and Space Aircraft. It is also operating without Any Call Sign! It looks to be part of the “Open Skies Treaty”. It has flown over many cities, reservoirs and military installations. I will continue to update as i get more. Track the flight Below!

Mena Lee Gribin was given a word about RUSSIA in what the Lord gave her in her most recent update December 3rd.  The Lord gave Mena Lee Grebin a dream in which CHRISTIANS were rounded up in America.  This follows so many other dreams that Christians are having where believers are rounded up and sent to concentration camps. In other dreams Christians were hunted down. Listen to the entire interview here https://www.youtube.com/watch 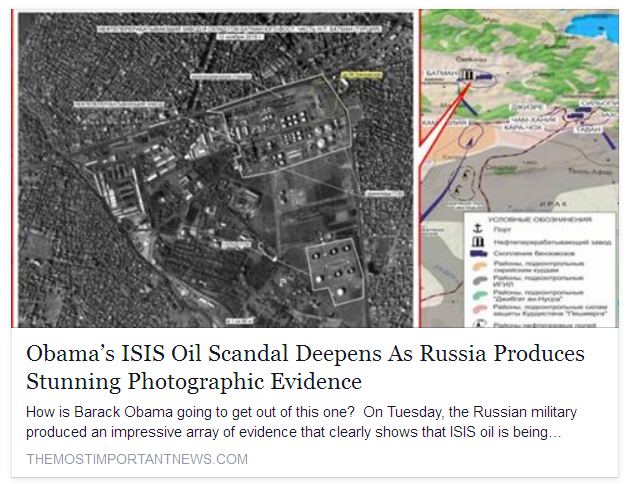 How is Barack Obama going to get out of this one?  On Tuesday, the Russian military produced an impressive array of evidence that clearly shows that ISIS oil is being smuggled into Turkey on an industrial scale.  The evidence included photographs taken by satellite and during aerial reconnaissance missions.  What the Russians have shown the world is extremely compelling, and it raises some very disturbing questions.  First of all, how involved is the Turkish government in all of this?  There is no way in the world that an endless parade of trucks carrying ISIS oil could have marched through Turkish border checkpoints without the cooperation of the central government.  Secondly, what did Obama know and when did he know it?  The U.S. military has far better surveillance capabilities than the Russians do, and so it seems absolutely absurd to suggest that Obama didn’t know what was going on.  Read more at the themostimportantnews.com 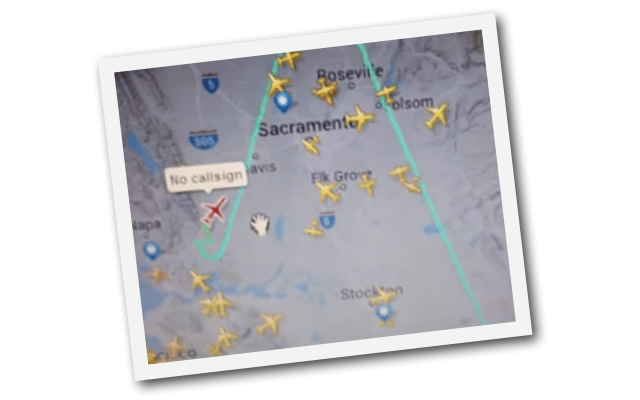 Why Is Nobody Investigating The Russian Air Force Plane Over California and Nevada?

Back during the Cold War, I served a stint over in Germany in a leg infantry unit (non-airborne) prior to my service with the 82nd Airborne and then SF.  I was a young Corporal, and I was driving one of our Battalion Commanders (I speak fluent German; therefore, the Sergeant Major “volunteered” me), and we were in a hummer heading north.  I was in the far right lane on the Autobahn; I saw a car pull up on my left fast, and then pass me as if I was standing still.  I saw the plates, and they were…Soviet!

I almost had a stroke.  The car was pulling off to the side of the road about ¼ mile ahead of us.  I grabbed the radio and called back to BN HQ, reporting the sighting.  In West Germany, yet!  The adrenaline was rolling, and my M-16 was in the mount-clip next to me.

“(BN HQ call sign), be advised, I am following him and will ascertain his actions,” I reported.

My Battalion Commander was laughing, looking out the window.

“Sir?” I said, not understanding.

“Corporal, give me the handset,” he said, and I handed off the radio to the colonel.

As I watched the road and watched him out of the corner of my eye, he pulled out a laminated card for SMLM, or Soviet Military Liaison Mission.  He followed the prompts on the card and called in a report.

“Hang off of them by about 50 meters.  Let’em know we’re here…turn your lights on. Secure your weapon and stand by.”

The colonel called in the license plate.  Although they were not really supposed to be here in this area, they had diplomatic immunity.  We waited and watched for another 30 minutes before three MP vehicles with a Bundeswehr (German Army) truck came up between us and the Sov’s.  The colonel briefed the MP commander and the German officer.  We then returned to the Humvee and left.

“Sir…I don’t understand how SMLM works if they’re not supposed to be in the area.”

“That makes two of us, Corporal.  If I had my preference, we’d haul them in and question them about the espionage they’re conducting.  That makes too much sense, though, so we have to look the other way.”

The Lieutenant Colonel had been in for almost 30 years, with 6 years in Vietnam as an enlisted man, and 4 of them with Special Forces and SOG.  Hard stripes, hard-corps, and even then, harder than woodpecker lips.  He was all-Army, and all business.

“Corporal, one of these days, they’re going to be doing the same thing as here…but in the United States.  One day they will be in our country, and we will have to fight them.  It’s the way it is.”

“So do I.  But I’m not wrong on this.  Mark my words,” said the colonel, and we continued the rest of our drive in silence.

He was German-American with a chin that looked as if it was made of iron, and his blue eyes were full of fire and narrowed.  His teeth were clenched almost the whole rest of the ride.  He didn’t say a word, just played around with his 1911 (his .45) as I drove.

I did mark his words: He was right.

As initially reported by Gary Franchi, reporter for N3 the Next News Network, a Russian Air Force jet (a Tupolev Tu-154 M) with a registration with the Russian Air Force (RA 85655) apparently flew in an erratic pattern over U.S. airspace over the weekend, both in California and Nevada.  The aircraft varied in flight altitude from 4,500 feet to 10,000 feet, at approximately 445 km/hr.

The aircraft flew over San Diego on a 60 degree bearing, then doglegged back and returned again to the original heading but in a zigzag pattern, going around Sacramento.  Other “tourist sights” seen in the flight were Edwards AF base, China Lake, a part of Area 51, San Diego’s naval base, the USMC’s 29 Palms, the National Training Center at Ft. Irwin, Las Vegas, and the Hoover Dam.

Here’s the punch line: The Russian aircraft had no call sign.

The flight of the aircraft was tracked on YouTube by several observers, and the film was visible on fr24.com/82bbdcc@TheAviationist, @ CivMilAir.
(Watch at Youtube)

On Franchi’s report, you can see all of the other air traffic in the sky (in the form of aircraft icons), and Franchi showed how each one revealed a call sign when the cursor was placed upon the icon.  The Russian aircraft was a red icon, as opposed to all of the others, which were gold.  When the cursor was placed on the red icon, it showed “no call sign.”

Then when Franchi edited to post all of these findings, the page magically “refreshed” itself, and the Russian aircraft was gone.  It disappeared completely.  Other watchers claimed that an icon “reappeared” in the same flight path, but this time came up as an American Airlines flight.  It appeared in the exact same spot where the Russian aircraft disappeared.  Obviously, American Airlines must now have aircraft with VTOL capabilities, such as the Harrier.

The aircraft (the Tu-154 M’s) have the capability of operations from unpaved or gravel airfields.  There are at least 12 in service with Russia currently, but that number is nebulous, because ELINT versions number at least a half dozen.  Also it may be of interest that Gazpromaria (yes, a subsidiary of Gazprom) also runs Tulips (the Tupolevs).  The conservative estimate is at least 50 in use.

Yes, the U.S. has overflight agreements with the Russians with flyovers permitted for circumstances such as treaty verification.  But remember the Malaysian aircraft?  Amazing, how they tormented the daylights out of us for a month and a half with a news report every 15 minutes courtesy of the foreign reporter for the American news network.  The U.S. sent ships, planes, the whole nine yards.

But a Russian aircraft goes off the radar screen completely, and not a word is said, not by the MSM, the FAA, or the government.  I guess that’s OK.  Just as it must be OK that the Navy tested out that SLBM (submarine launched ballistic missile) defense a few weeks ago.  I guess it’s OK that in 2009 that “mysterious plume” was spotted off the coast of California…the one that was definitely a missile-launch.

I’m certain that the government knows and has granted “leeway” to Russia to fly over the United States.  It is that same leeway that Obama promised Medvedev he would have after the election.  That same leeway that allows the “friendly” flight to conduct mapping operations and targeting runs while picking up intel on response times, military installations/scramble procedures, flight paths and patterns of U.S. civilian and military aircraft…information ad infinitum.

Jeremiah Johnson is the Nom de plume of a retired Green Beret of the United States Army Special Forces (Airborne).  Mr. Johnson is also a Gunsmith, a Certified Master Herbalist, a Montana Master Food Preserver, and a graduate of the U.S. Army’s SERE school (Survival Evasion Resistance Escape).  He lives in a cabin in the mountains of Western Montana with his wife and three cats. You can follow Jeremiah’s regular writings at SHTFplan.com.

This article may be republished or excerpted with proper attribution to the author and a link to www.SHTFplan.com.

SHOCKING! Russia Approves A Law Making It Illegal To Share The Gospel