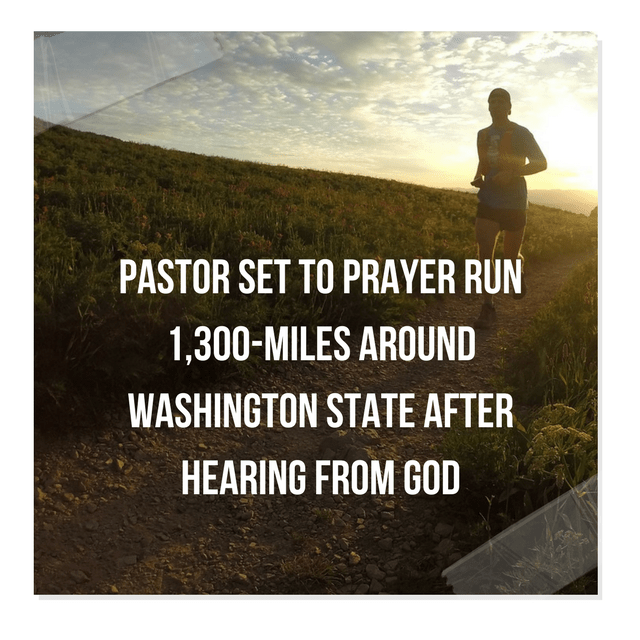 He plans to travel 1,300 miles on foot, bicycle and kayak in an effort to circle the state in prayer — here’s why:

DeScala, 41, started to train for his long journey, which will begin on June 24, after a cousin suddenly died last year from a mysterious illness. The devastating event left the preacher feeling hopeless. Not long after, he said he heard God speak to him.

“I literally heard God say to me, ‘I want you to pray around the state of Washington,’” he said.

At first, DeScala was hoping he’d be able to pray from the comfort of his own couch, but he soon realized that the plan would be much bigger and broader than that. He further explained how he felt God prompting him in a post on his website:

During one of my morning runs I heard the Lord say very clearly that He wanted me to pray a circle around the state, but I didn’t know exactly what it meant.  It was a time when I was teaching on defining moments in life and asking people to connect the dots between them to determine what God is speaking.  In my own life, I felt God pointing me towards using my love of endurance sports with raising awareness for those in our community who have great need, but how?

After some back and forth for additional clarification, I realized He wanted me to literally travel around the perimeter of Washington and cover its people in prayer.  It was to be done in a multi-stage journey beginning on a bike to cover the northern and eastern side of the state, a kayak down the Columbia River for the southern edge, and on foot, running up the west coast to complete my loop.