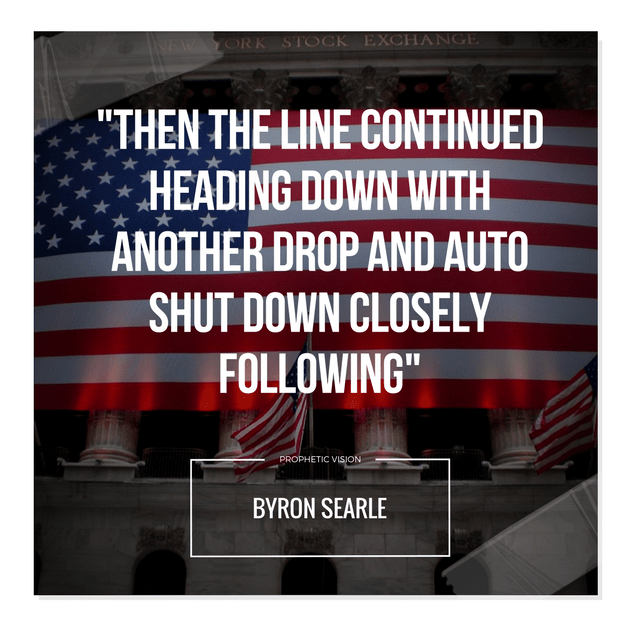 “The vision I had was I saw a plane flying along, then all a sudden it took a sharp dive. I believe that was the 665.75 dip. The plane leveled out but then suddenly dipped again, which happened yesterday. The plane leveled out again but fell sharply down again. Once it leveled out again it dropped sharply and fell into a spiraling crash dive. I am not good at interpreting visions I just know it had to do with the stock market and the economy. The reason I think that is each engine on the plane was named, one was Crypto-currency, one was bonds, another was called Dow,and the forth engine was called gold & silver. Be blessed” 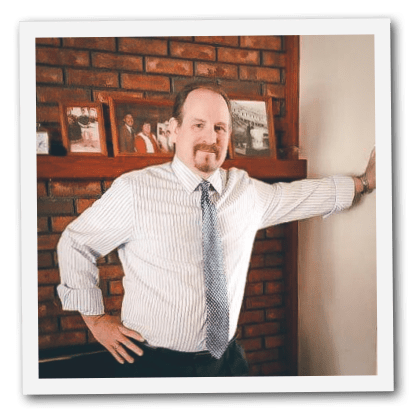 As the Lord was speaking this word to me, I saw what looked like a graph of the stock market that had been heading upward, and then I saw the drop on Friday, 2/2, of 666. From there, the line continued to go down, and it appeared to me that it would be on Monday, 2/5, what looked like an auto shut down or close to it. Then the line continued heading down with another drop and auto shut down closely following, but I didn’t see the timing on that. Then I saw the line continue on with the arrow pointing on a downward trend.

My son, many have said that something will happen during the Super Bowl, but I say to you, watch the next day. The world only cares about money, so I will take it away from them. Watch the money markets as they are going to crash. The world is drunk with the drink of money. I will make it wormwood.

The crash dive I spoke about is in progress. The plane has been flying along, but going down slowly, so slowly people have not noticed. My son, one engine is on fire called Crypto-currency. The second engine called Bonds is now on fire. The third engine called Dow is smoking. When that catches fire, the plane will crash.

My son, Heaven is made of gold, silver, and precious stones. Money means nothing to Me, I own it all and all the cattle on a thousand hills. When the plane crashes, Satan will be furious and come out with his own money. This money will be a Mark that will change the heart of man away from Me. My Remnant must be ready, for the plane is coming down. The world will be in flames, and a nation will be no more. Be ready, Be ready, BE READY!!

(There is a part 2 that Byron has not released yet.  Stay tuned)

“Hello Meranda, I got this word on Sunday, it is a follow-up to another word called crash dive. The part you have above is the vision God gave me before the word, that is only a part. I will send the whole word. The market is going to continue it’s downward motion. The world calls it a correction, but it is more.“