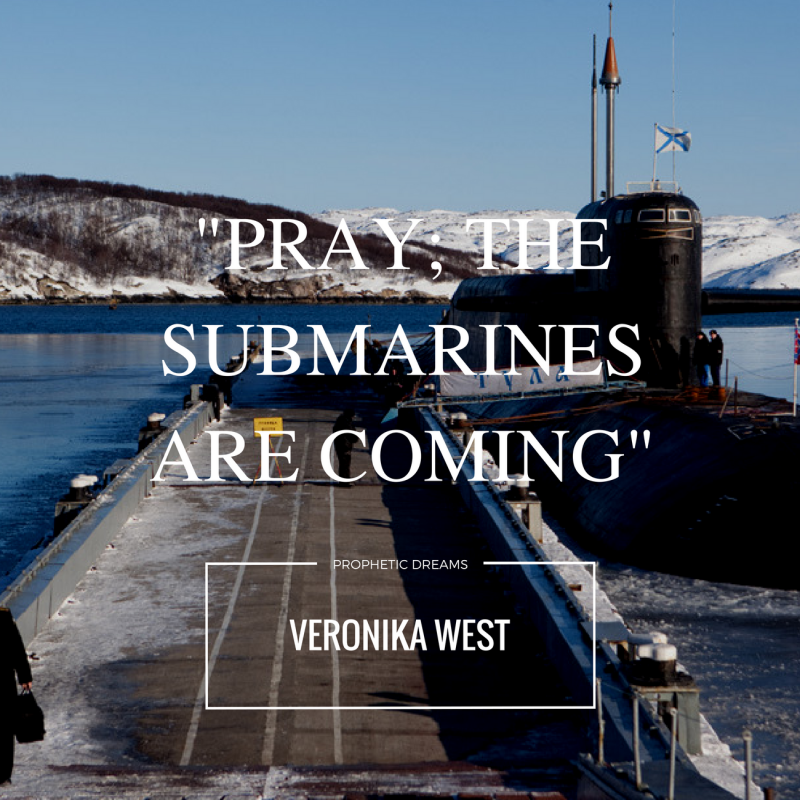 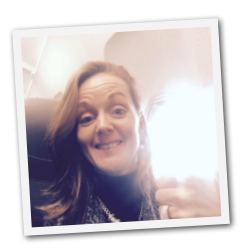 (I have not looked into Veronika West, so I cannot be sure of what she shares.  Although I decided to post this one, as it lines up with many of the other prophecies I have shared in the past, seen at the bottom of the article- Meranda)

“PRAY; THE SUBMARINES ARE COMING”

Last night I had another strange dream but I believe a very poignant dream that I wanted to share with you all for the purposes of prayer and intercession.

In this dream I was standing high above the Pacific Ocean, I knew that God had brought me to this place as a matter of great urgency and for the purpose of revealing something very important to me! Now as I stood in this place surrounded by deep waters suddenly my ears picked up on a strange pinging sound that seemed to come from deep within the waters of the sea, I looked but I could see nothing that would explain the sound, but then I heard these words, “DAUGHTER WATCH! FOR THE SUBMARINES ARE COMING”, then the water roundabout me became clear and translucent and my vision became very acute and I saw deep within the waters and close to the ocean floor what looked like WAR TIME SUBMARINES, I counted and there were 10 of them in number, I watched as one after the other these huge underwater ships moved together in perfect unison and all in one direction.

Now again by divine revelation it was being made known to me that these sea vessels were moving in unauthorized waters and their movements were going undetected and unnoticed by any land, air or sea security forces.

I felt an great urgency to pray for divine protection over the waters of the sea, over the land and over the air, I began to decree that every hidden and concealed assignment and agenda of the enemy that would seek to destroy life would be suddenly and quickly exposed, overturned and destroyed. The dream ended!

As I have prayed today, I was given two interpretations of this dream by the Holy Spirit. The first being that there is in the natural realm Wartime Submarines that are moving in the waters of the Pacific Ocean at this moment, and they moving in unauthorized waters and they have not yet been detected by land, air or sea Security forces, these vessels have a sinister agenda and I believe they have the power and the intentions to destroy life and wreak havoc. I believe there is a demonic plan of the enemy unfolding in this hour that needs to be overturned and overthrown.

WOULD YOU NOW BEGIN TO PRAY FOR DIVINE PROTECTION OVER THE SEAS, THE LAND AND THE AIR. Please see a word I posted on Saturday regarding a “SECURITY BREACH”, I feel the two are interlinked and confirming of one another.

Secondly as I have prayed the Holy Spirit revealed to me that the next 10 days, (10 submarines) are crucial days and dangerous days for the Nations of AMERICA, GERMANY, ISRAEL, FRANCE and the UNITED KINGDOM, I was shown these FIVE specific Nations, and I saw that the enemy has his eyes fixed upon these 5 Nations.

PLEASE ALSO PRAY FOR THE NATION OF AUSTRALIA AT THIS TIME! (PACIFIC OCEAN).

I submit that if we do not pray there will be an attempt by the enemy to destroy LIFE and strike FEAR AND TERROR in the hearts of MANY PEOPLE within the next 10 days. WE MUST BE PRAYING FOR DIVINE PROTECTION OVER THE WATERS OF THE SEA, OVER THE LAND AND OVER THE AIR.

PRAY THAT EVERY SECRET WEAPON OF THE ENEMY IN THE SEAS, ON THE LAND AND IN THE AIR THAT HAS BEEN CONCEALED AND HIDDEN WOULD NOW BE EXPOSED AND REVEALED, PRAY FOR DIVINE AND SUPERNATURAL INSIGHT, WISDOM AND HIS PRESERVING POWER OVER THESE SPECIFIC NATIONS– AMERICA, AUSTRALIA, FRANCE, GERMANY, ISREAL AND THE UNITED KINGDOM.
BLESSINGS!!

Why are you so distant, Lord?
Why do you hide yourself in times of trouble?

The wicked person arrogantly pursues oppressed people.
He will be caught in the schemes that he planned.

The wicked person boasts about his selfish desires.
He blesses robbers, but he curses the Lord.

He turns up his nose and says, “God doesn’t care.”
His every thought concludes, “There is no God.”

He always seems to succeed.
Your judgments are beyond his understanding.
He spits at all his opponents.

He says to himself, “Nothing can shake me.
I’ll never face any trouble.”

His mouth is full of cursing, deception, and oppression.
Trouble and wrongdoing are on the tip of his tongue.

He waits in ambush in the villages.
From his hiding places he kills innocent people.
His eyes are on the lookout for victims.

His victims are crushed.
They collapse,
and they fall under the weight of  his power.

He says to himself,
“God has forgotten.
He has hidden his face.
He will never see it!”

Why does the wicked person despise God?
Why does he say to himself, “God doesn’t care”?

You have seen it; yes, you have taken note of trouble and grief
and placed them under your control.
The victim entrusts himself to you.
You alone have been the helper of orphans.

Break the arm of the wicked and evil person.
Punish his wickedness until you find no more.

The Lord is king forever and ever.
The nations have vanished from his land.

You have heard the desire of oppressed people, O Lord.
You encourage them.
You pay close attention to them

in order to provide justice for orphans and oppressed people
so that no mere mortal will terrify them again.

(Notice that France, America, and Germany all were involved in the process of wanting to divide Israel in the article above)