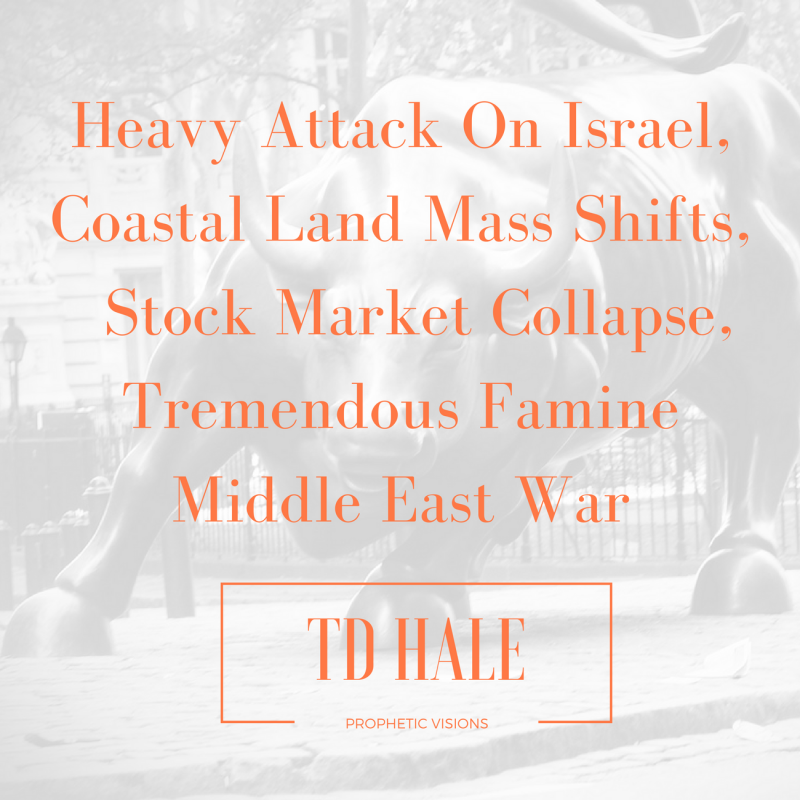 Feb 23, 2016 Paul Begley interviews TD Hale (in the video below) on his full day vision he was given called  “12 Prophetic Signs For America” .  TD Hale talks about what is coming for America in the years to come.

The setting was in a huge auditorium, where the casket was draped in the U.S. Flag.  Over the intercom, the people were to remain seated as the President makes his entrance. An unusual event happens.  The Presidential limousine drives into the auditorium and flips on its side.

Pastor’s dream is reminiscent of Justice Antonin Scalia.  Pastor Begley then talks about a stand  or riser that Justice Scalia was laid to rest on had not been used since Abraham Lincoln’s assassination.

It’s the day after Christmas, December 26, 2015, and TD Hale starts to ‘feel’ the anointing and the power of the Lord fall over him.  He was out for several hours, even though people were moving in and out of the house, they knew he was going through a spiritual encounter.  During this time he was experiencing multiple visions.

He sees an open vision of the whole world famine.  He saw the suffering of children emaciated, sick and in dust, with nothing to eat, nothing to drink.

He describes seeing disasters like extreme weather conditions which he describes as being strange and chaotic.

Then he saw Israel under some sort of heavy attack. Pastor didn’t have any timeline but he heard “Rachel weeping for her children!”  He knew there would be some kind of attack.

Paul Begley then describes his dream of Israel being attacked.  He received it right as Pentecost was being celebrated in Israel.  He received the dream in Israel.  Then Heidi Begley received a word when they were visiting the tomb of David.  As she went up to the tomb she heard the Lord say….”weep and mourn for the children of David, for the children will soon see great destruction”

The Vision Of America’s West Coast

1:19 TD Hale saw a large landmass, which he is almost certain it was America.   The tectonic plates were shifting and moving back and forth where he describes a whole land mass that rose up and broke off.

He describes an event that is incredibly intense with buildings swaying back and forth with the land moving.  Panic and chaos grips the people in this vision.

He believes it would happen in the west coast.

In the next vision TD Hale sees war in the Middle East and America being pulled into it.

1:32:00: Stock Market. The day of the vision Dec 26, he suddenly found himself standing in New York in front of the  brass brazen bull on Wall Street. Then before his eyes, this Bull came to life and looks at TD Hale with a threatening look.  He realizes the bull is furious and is going to attack.  As the bull sways back and forth and smoke and comes out of its nostrils, he decided to get out of the bulls way.

Feb 1st, after praying TD Hale received a word that Donald Trump will win the nomination and the presidency.

He was shown that the body of Christ is divided and in a state of confusion.

12 Prophetic Signs Given To TD Hale