Listen in this video how John Paul Jackson tells a real life example of a generational curse that can be passed down through a family line.

He tells of a couple who was having problems buying a property. It wasn’t because of their credit that prevented them from buying a home. Time after time, the contracts they placed on various homes they wanted to buy wouldn’t work out.

When John Paul asked some questions he discovered that this couples parents lived in rentals their entire lives.  Learning more, he found out that the grandfather stole a large amount of land from another man.  There seemed to be a connection between the sins of the grandfather stealing land, and this couple not being able to secure a property. It seemed to be a real life consequence that this couple was having to endure because of their grandfathers sin.  In addition, other members of the family were not able to secure property either. 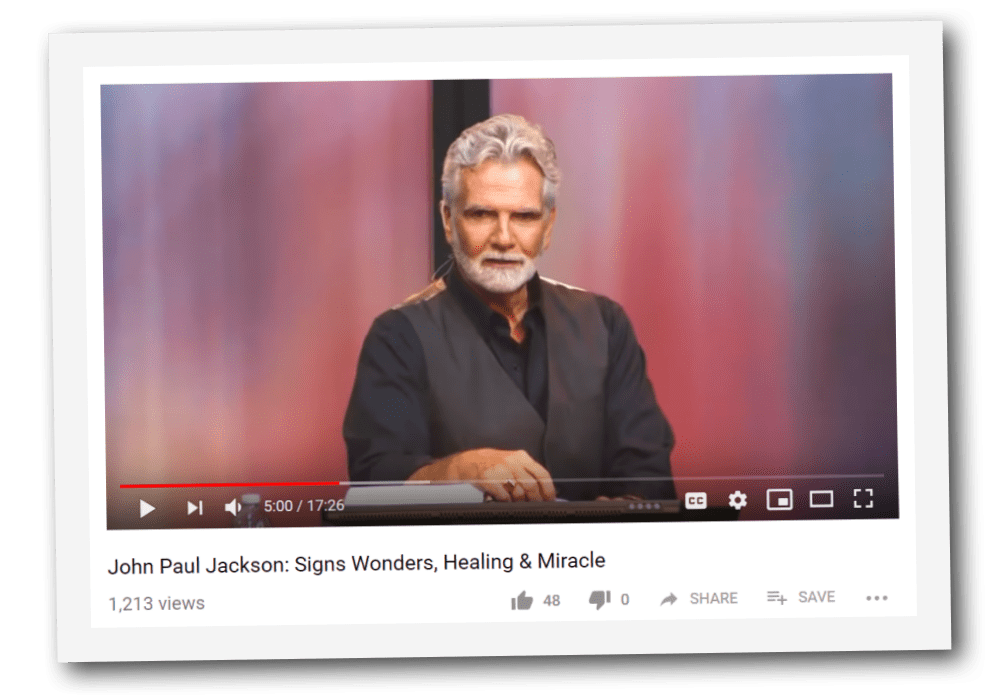 So I’m counseling with a young couple and they have been trying to buy a house and they have made an offer on five houses in the eight years have been married and not one of those houses worked out. Not because they had poor credit, not because of anything that they had done. But none of the five houses worked out. Somebody made a higher offer, somebody decided to take the house off the market,…. and a number of different things.

So in counseling with them, I start talking to them and I asked them……

What did your father do?

well…..My father was in business…

Did he ever own a house?

No he never owned a house either….

Did he ever try to own a house?

Ya, he tried to own a house…but it just never worked out. No one in our family has ever owned a house.We’ve lived in apartments or whole lives. My husband and I have been trying to live like this.

What about your brother?

Well, you know what my brother has never owned a house either.

Believers, filled with the Holy Spirit, full of God,..

What did your grandfather do?

Well …. I really don’t want to talk about my grandfather.

Well, my, my grandfather was sent to prison

Well because he swindled 500 acres of land from a man

We have a curse here. We break this curse you will get your house.

How do we break the curse?

Father, I asked you to remove me and my family from the from the sin of my grandfather and its effect on my bloodline. I do not choose this. I do not want this. Please remove Satan’s hand and everything he has done from my bloodline. I want my bloodline to be clean before you.

We agree with that.

Wait until you find a house that you like, that you can afford, put a contract on it and watch what God does. Three months later, I get a phone call.

You are never going to believe it! We put a contract on a house and it was accepted!

Then three months later I get another phone call…. my brother just for the contract on a house and it was accepted.

So what would you call that? They didn’t do anything wrong.