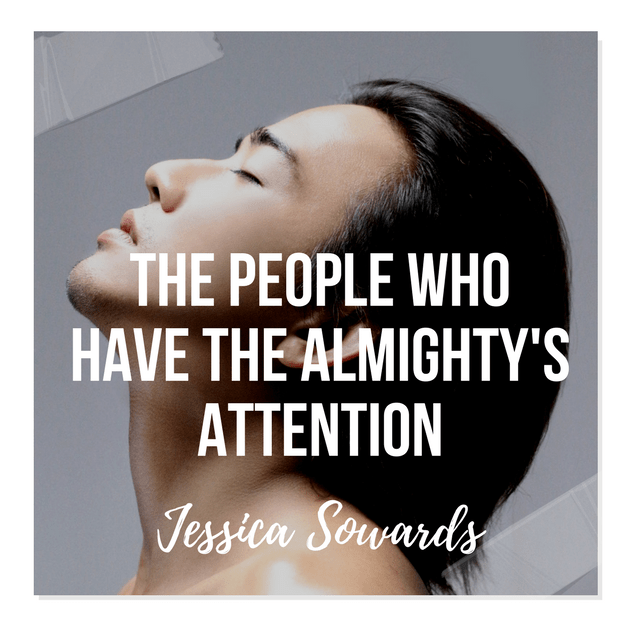 We talk a lot about anointing as it pertains to ministering outward to the body. We talk about giftings, callings, offices. We acknowledge when someone is anointed as a worshipper when they stand up and lead other people.

There is an anointing being poured out and called forth right now that is absolutely crucial to revival and awakening. That is the anointing to minister to the Lord. It is the understanding of our place in His heart and a proper alignment of His place in ours.

David was a man after God’s own heart. He was a man that, first and foremost, played his instruments for God, danced before God and knew what it meant to minister to HIM first. David was mighty in the eyes of men because he learned what it meant to be a student of the beauty of Gods heart. He was confident in the Love of His father and King. And everything else was an extension of that.

I hear so many people default to language about serving God and being used by Him. This is not wrong language but I’m afraid it’s very limited if that is the only capacity we view our relationship in. We put Him in a box when we suppose He has anointed us simply for what we can bring to His people.

Remember, the God of all creation, the beginning and the end, the I AM…He rested on the seventh day. Was He tired? Did He need a breather after all that creating? NO! He was resting in His creation because that’s what He made it for.

You were created for the purpose of being a resting place, an image bearer in communion with Him. If we shift out of the mindset that we are simply tools or servants into the paradigm that our lives are an offering poured out unto Him, simply for His pleasure, everything else can come as the overflow of that.

The “Use me, God” mentality may seem noble but it actually puts us into position to be burnt out workers instead of burning lovers. It lets us feel like our gifts and anointings are for the gain of men rather than the pleasure of God. With that mindset, we will always fail to offer them to Him first. We come to view the Kingdom as an empire we are workers in rather than a beautiful system we are heirs of.

But if I recognize that I am a private garden, I am content to let him tend me and prune me. I am expectant for Him to enjoy me. If I am His treasure, then I am confidently not for sale. Nothing about what He has invested in me is available to be bought because treasures are for love’s sake and they are priceless. If I am a secluded spring and a hidden fountain, holiness is a given. If I acknowledge that He delights in the purity of my heart being a set apart place for Him to rest, I wouldn’t dream of tainting it with even the greatest temptation.

I firmly believe that God is not looking for one that will be USED in the hour, He is looking for one to engage in a love affair with. He isn’t looking for the most anointed or the most gifted, He is simply looking for the ones that will break their measure of anointing like an alabaster box, who will weep at His feet and wash the dirt off them with their hair. Remember, the woman with the alabaster box had no recorded healings, no miracles, no connections. But she’s the one He said of, “Let this be shared anywhere my gospel is spoken.” Because she MOVED HIM, not men.

Of course, we are called to minister out. We are given gifts and are called to share them with the body. But that was never the first priority. It’s too easy to get caught up running this race that we simply blow kisses at Jesus while we shout out numbers and stories of all the good things we are doing for Him. I’m here to tell you right now, that was not the purpose of your creation. A bride is for relationship not accomplishment.

We must come to a place of burning passion if we will endure the seasons ahead. We must see ourselves as His to LOVE, not just His to USE. We must minister to Him first, pour out our anointing to Him first, seek His Kingdom first and the rest will be added. We must become students of His heart, lovers of His beauty and when we are intwined in Him, lovesick for the coming King, the mere overflow of that will create a confidence to heal the sick and raise the dead.

The mere faith of a burning one, convinced of their worth, certain of their status as beloved, is enough to bring awakening. A remnant that will stay awake when He says “be with me”, that will tarry when He says “wait for me”, that will move at the slightest unction and pour out their finest oil on HIS feet regardless of who is looking, this is what He is stirring and bringing up right now. Their prayers will move mountains, their identity will not be in question. They will not be for sale and they will not be tempted by the world because they have been loved mightily by the Maker of it.

This is a generation that will breed movement because when no one was looking, they were moving the heart of Heaven. No one is excluded, there are no qualifications and no level of gifting required. Just a willingness to take everything and recognize that it is for Him first. This is a remnant that will be trusted with His power because they want nothing but His heart.

Don’t just use me, God. Love me. Rest in me. I don’t care who sees. I am entirely yours and you are entirely mine, my Love.

“Prophetic Dream – The Fishermen With No Net, The Harvest is Now…Are You Equipped?”- Joanie Stahl