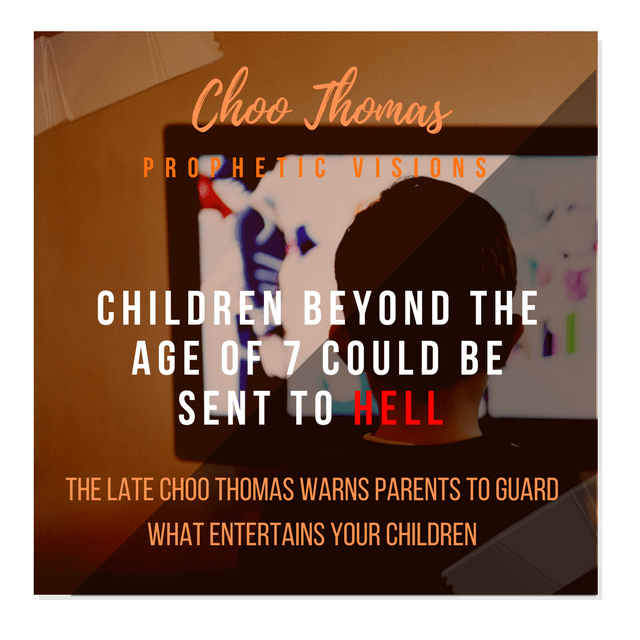 Choo Nam Thomas was a Korean American and an author of the best selling book called Heaven Is So Real! In 1992, she became a Protestant Christian and two years later she saw Jesus Christ at her church Neighborhood Assembly of God in Tacoma, Washington. In 1996, she stated that she was taken to heaven, the story of which was published in her book. The book has been translated in more than 60 countries.  Choo passed away at in 2013 at the age of 74.

This was a message that Choo posted on her website on February 14, 2011

The testimony from Angelica I received from Robert, who is the owner of SpiritLessons.com website. When I heard an eight year old went to Hell, this really broke my heart.

(Prepare To Meet Your GOD! A Testimony by Angelica Zambrano. A great testimony that all must hear. Please click here.)

What I remember, God told me children up to 7 years who don’t know the Lord, will be saved. So when I heard an eight year old child was in Hell because that child watched demonic cartoons on television I was very sad.

The minute I heard this I asked The Lord what should I do about the message and He told me to post it on our website quickly.

So I forwarded the message to Bill to be posted on the website.

The next day I received a letter from a Catholic who wrote a very bad letter to me saying I shouldn’t post this message on my website so people all over the world will know that Pope John II is in Hell. This person attacked me saying that she has been going onto my website for the last five years but now she is sad because I am a liar, the book is also a lie and so is everything on my website. She was worried about a dead person’s reputation, the Pope.

I was only thinking about the 8 year old child who went to hell and with this testimony will save other children from going to hell too. Christians who watch any kind of demonic things on the T.V. it is very dangerous when it comes our relationship with the Lord. I am not concerned for the dead people but rather those who are alive because once someone goes to hell, it is too late and there is nothing we can do for them. For those who are alive we can warn them so they will not enter the gates of hell. So it was shocking to read why someone is so concerned about a dead person’s reputation than those who are alive now and need to know the truth.

It was very sad for me to see my parents in hell too but I am never ashamed to tell people about that because with my parents being in hell by that vision which is written in the book, it has helped many souls especially unbelievers to come to know The Lord.

We Christians have to be very careful what kind of things we bring into our homes and also what we watch on TV. Watching demonic or ungodly things can attract the devil into our homes.

Christians also have to make sure they know what their children are watching on TV.

If you really love them you will not concern yourself with what they will say when you tell them they can’t watch certain things because you will love them enough to teach them what is right and not live in sin and save them from hell for eternity.

Any Christians who are concerned about what other people think of or about them, instead of what God thinks; this is not the will of God in our lives. The reason I wrote this note is that I want every Christian to go to Heaven and to take very seriously every moment how we live on earth. This is also for unbelievers to hear this testimony and give their lives to The Lord and know what it takes to spend eternal life with God. Praise the Lord! 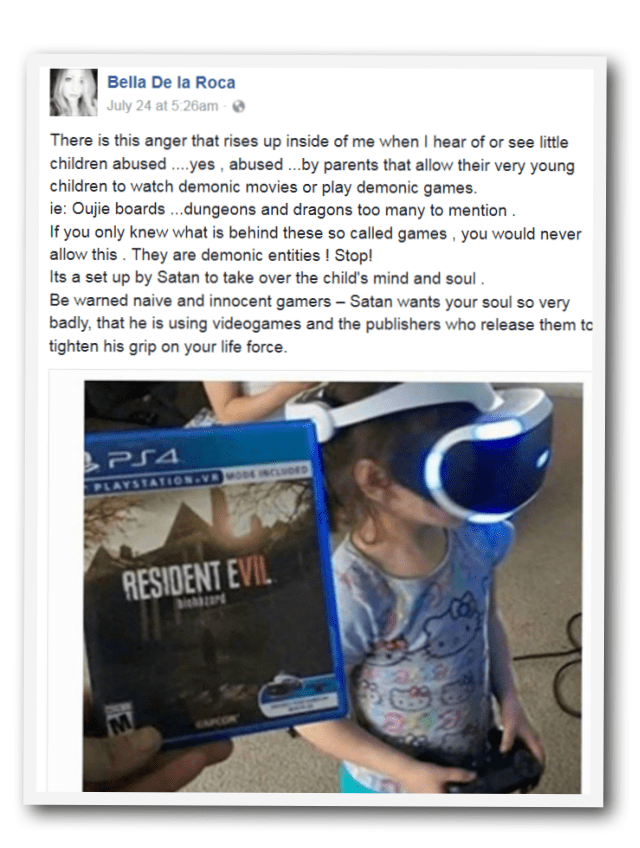