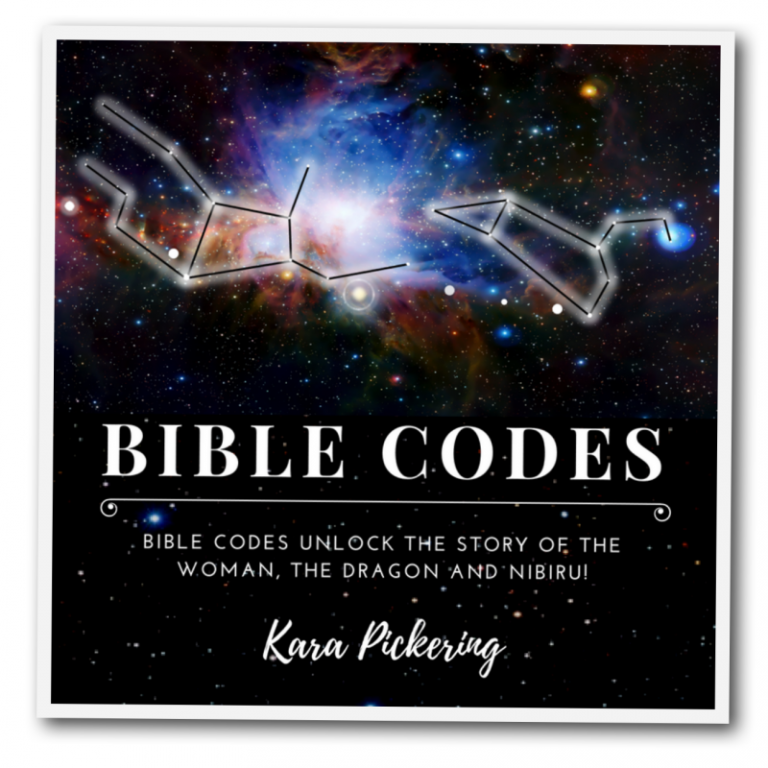 1And a great sign was seen in the heaven: a woman clad with the sun, with the moon under her feet, and on her head a crown of twelve stars.

2And being pregnant, she cried out in labour and in pain to give birth.

3And another sign was seen in the heaven: and see, a great, fiery red dragon having seven heads and ten horns, and seven crowns on his heads.

4And his tail draws a third of the stars of the heaven and throws them to the earth. And the dragon stood before the woman who was about to give birth, to devour her child as soon as it was born.

5And she bore a male child who was to shepherd all nations with a rod of iron. And her child was caught away to Elohim and to His throne.

6And the woman fled into the wilderness, where she has a place prepared by Elohim, to be nourished there one thousand two hundred and sixty days.

8but they were not strong enough, nor was a place found for them in the heaven any longer.

9And the great dragon was thrown out, that serpent of old, called the Devil and Satan, who leads all the world astray. He was thrown to the earth, and his messengers were thrown out with him.

10And I heard a loud voice saying in the heaven, “Now have come the deliverance and the power and the reign of our Elohim, and the authority of His Messiah, for the accuser of our brothers, who accused them before our Elohim day and night, has been thrown down.

12“Because of this rejoice, O heavens, and you who dwell in them! Woe to the earth and the sea, because the devil has come down to you, having great wrath, knowing that he has little time.”

13And when the dragon saw that he had been thrown to the earth, he persecuted the woman who gave birth to the male child.

14And the woman was given two wings of a great eagle, to fly into the wilderness to her place, where she is nourished for a time and times and half a time, from the presence of the serpent.

15And out of his mouth the serpent spewed water like a river after the woman, to cause her to be swept away by the river.

16And the earth helped the woman, and the earth opened its mouth and swallowed up the river which the dragon had spewed out of his mouth.

17And the dragon was enraged with the woman, and he went to fight with the remnant of her seed, those guarding the commands of Elohim and possessing the witness of יהושע Messiah.

Most believers are vaguely familiar with this passage, believing it to be an allegory of the “End of Days.”

What if I told you that it is not just an allegory?…..

What if I told you that it is real, and that it will be the “sign” that kicks of the “War in the Heavens” of Revelation 12?

What are Bible Codes?

Wikipedia describes “Bible Codes” as, “secret messages encoded within the Hebrew text of the Torah. This hidden code has been described as a method by which specific letters from the text can be selected to reveal an otherwise obscured message.”

The Bible Codes were first introduced to the world in 1997, by a staunch atheist, Michael Drosnin, through his book “The Bible Code.”

Over the centuries many great minds, including mathematician and physicist Sir Isaac Newton, have attempted to decipher encrypted messages in the Hebrew Tanach. Tanach is a variation of “TaNaKh,” an acronym derived from the first letters of Hebrew Masoretic text subdivisions: Torah (five Books of Moses), Nevi’im (Prophets), and Ketuvim (Writings). Since the arrival of powerful computers, systematic mining of the breadth and depth of the Tanach has become possible.

Watch this video, that explains the amazing things that Our Father, the Creator of the Heavens, has placed in The Dragon 5777 Bible Code!

Here is the Matrix (table)  featured on the “Enter The Dragon, End of Days Bible Code Revealed” video from the “TheCodesearcher dotcom,” YouTube Channel.

This table paints a visual demonstration, with such precision, of what is to happen in the End of the Age…..The Story of Revelation 12!  These fascinating “table terms,” also hint of Daniel 12:1 and Ezekiel 6.

See a larger view of this table here