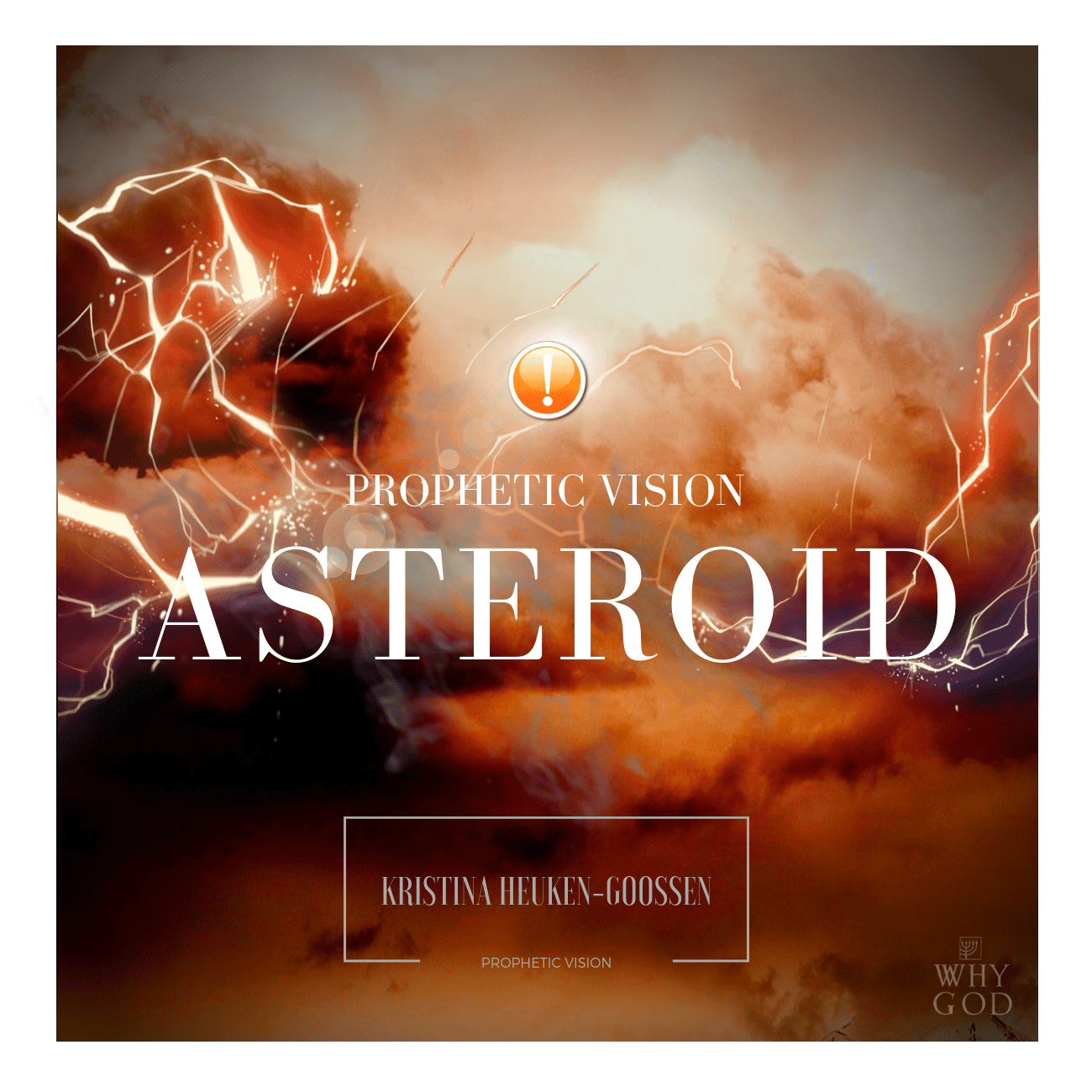 Yesterday evening I am back under extreme attacks! But the LORD leads and protects!
HALLELUYAH!

Late at night I got a vision:

I looked in the sky.
It was day.
The sky was red and orange with light and gray clouds.
Completely unreal and very scary.
It looked as if the sky was going to boil with embers and fire, so to speak.
Then suddenly a huge fireball came through everything.
It turned very fast around himself and through this circulated it
looked whitish.
It had a long tail of fire and smoke behind him.
And, it flew straight to earth.
Vision ending!

I already had some visions of this fireball, also in 2013.
Also from this planet Nibiru or Planet X, this second red planet next to moon and sun.
Always there were warnings.
And I warn again:
This asteroid will trigger a tsunami,
who, as I have seen in visions,
Ireland, England, Spain, France, Netherlands, Germany, Norway, Denmark, Africa and America.

I saw London under water, the Netherlands,
deeper areas of Germany, so far into the country …

That I now see it so clearly again is a crystal clear WARNING!

The Planet X has already come so close to our Sun and Earth, that the effects in the climate and in the nature can be felt and experienced massively.

I am here to warn.
Whoever accepts it, takes it.
Who not, just not.

Time with the LORD
and to bring his house in order!

Time is running out!

1This second epistle, beloved, I now write unto you; in both which I stir up your pure minds by way of remembrance: 2That ye may be mindful of the words which were spoken before by the holy prophets, and of the commandment of us the apostles of the Lord and Saviour:

3Knowing this first, that there shall come in the last days scoffers, walking after their own lusts, 4And saying, Where is the promise of his coming? for since the fathers fell asleep, all things continue as they were from the beginning of the creation. 5For this they willingly are ignorant of, that by the word of God the heavens were of old, and the earth standing out of the water and in the water: 6Whereby the world that then was, being overflowed with water, perished: 7But the heavens and the earth, which are now, by the same word are kept in store, reserved unto fire against the day of judgment and perdition of ungodly men.

8But, beloved, be not ignorant of this one thing, that one day is with the Lord as a thousand years, and a thousand years as one day. 9The Lord is not slack concerning his promise, as some men count slackness; but is longsuffering to us-ward, not willing that any should perish, but that all should come to repentance.

The Day of the Lord

10But the day of the Lord will come as a thief in the night; in the which the heavens shall pass away with a great noise, and the elements shall melt with fervent heat, the earth also and the works that are therein shall be burned up.

11Seeing then that all these things shall be dissolved, what manner of persons ought ye to be in all holy conversation and godliness, 12Looking for and hasting unto the coming of the day of God, wherein the heavens being on fire shall be dissolved, and the elements shall melt with fervent heat? 13Nevertheless we, according to his promise, look for new heavens and a new earth, wherein dwelleth righteousness.

14Wherefore, beloved, seeing that ye look for such things, be diligent that ye may be found of him in peace, without spot, and blameless. 15And account that the longsuffering of our Lord is salvation; even as our beloved brother Paul also according to the wisdom given unto him hath written unto you; 16As also in all his epistles, speaking in them of these things; in which are some things hard to be understood, which they that are unlearned and unstable wrest, as they do also the other scriptures, unto their own destruction. 17Ye therefore, beloved, seeing ye know these things before, beware lest ye also, being led away with the error of the wicked, fall from your own stedfastness. 18But grow in grace, and in the knowledge of our Lord and Saviour Jesus Christ. To him be glory both now and for ever. Amen.

GOD bless all of you!