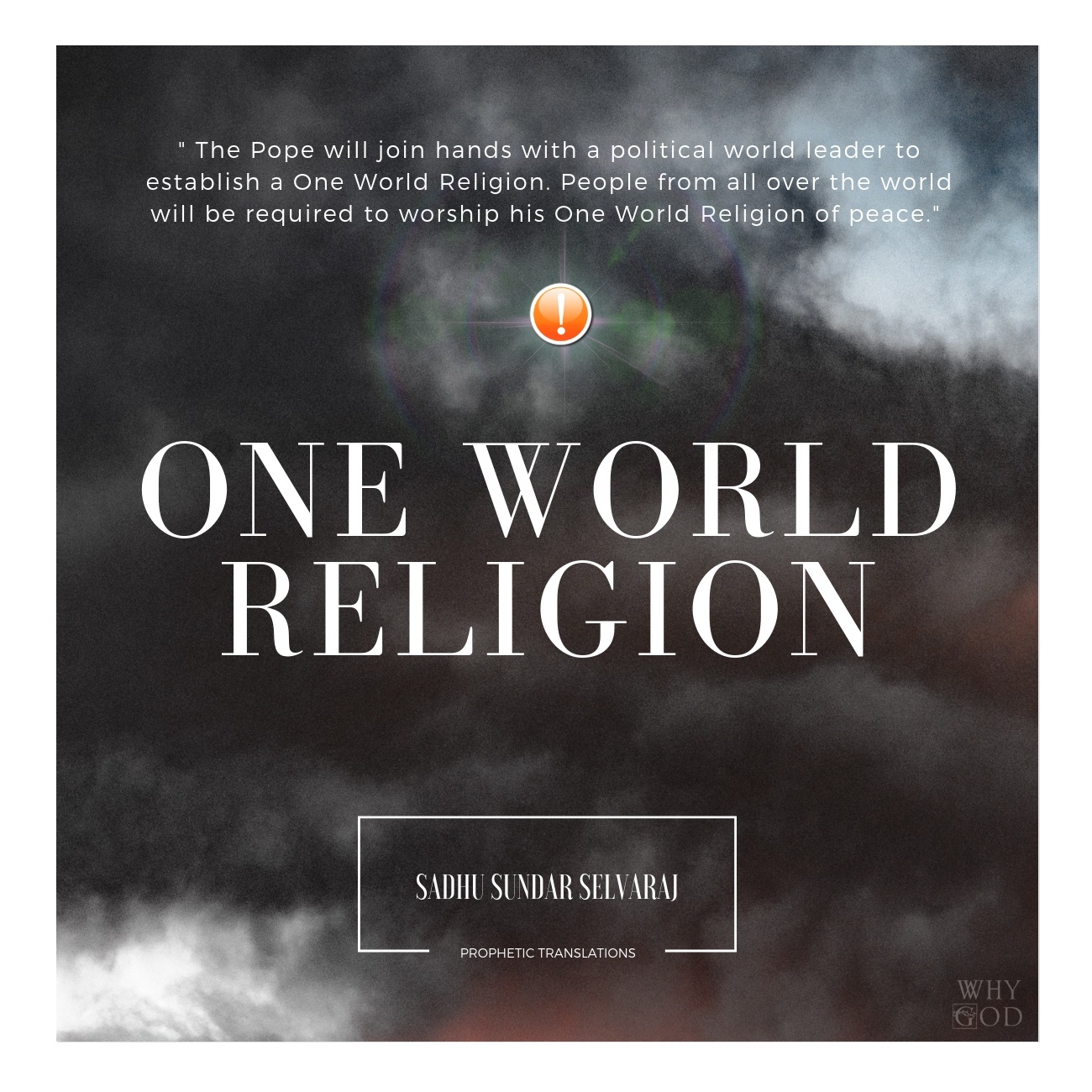 This account was shared in Neville Johnson’s January 2017 newsletter.

“On October 4, 2016, being the second day of Rosh Hashanah, as I was waiting on God, my spirit was caught up into the heavenly realm before the Council of Elders.

I saw many ancient prophets from biblical days seated around the table. When I came, they asked me to sit with them as a witness to hear their discussion (2 Chronicles 18:18; Amos 3:7). I heard them discussing the things that are shortly coming to pass.

The Pope will join hands with a political world leader to establish a One World Religion. People from all over the world will be required to worship his One World Religion of peace. This new religion will remove all the barriers of race, caste, and creed. As a result, it will be accepted by all the world’s political leaders as it will promote and guarantee peace. When this is enforced a large percentage of Christians will embrace it (2 Thessalonians 2:1-3).

The One World Leader will come to establish a One World Religion. The Bible calls the One World Political Leader the man of sin (2 Thessalonians 2:3-4). Though a large percentage of the church believers will fall away, yet the true remnant church of God will remain strong, steadfast and faithful. Like a ship that is on rough sea waves, it will sail safely through the shaking. Even though the waves—demonic waves taller than the sails of the ship will come to crash on it, but the ship will remain steady. How is that possible? Because the Hand of the Spirit of the Lord will hold it strong. Many will die trying to keep the boat afloat. Those who die—martyrs, angels will come to bear them up safely to the Father’s presence. A huge company of martyrs will rise in the last days (Revelation 6:11).

The One World Government will arise under the leadership of this political leader. Most of us have been hearing this for many years. Now the time has come closer.”