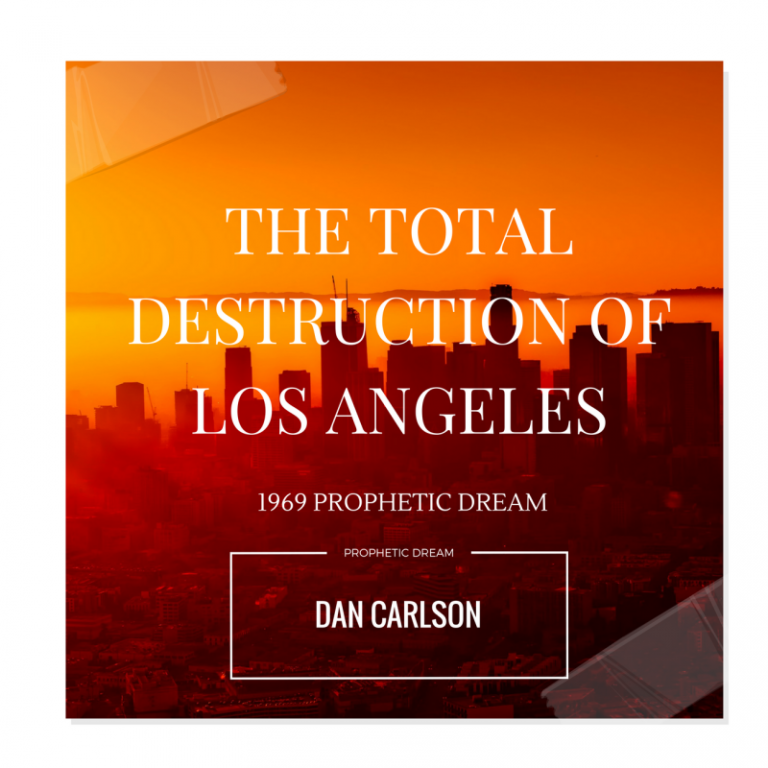 ( I do not have a link to Dan Carlson’s page. I believe it was found from facebook)

On the night of April 24th, 1969, probably during the early hours of the following day, I experienced a most vivid prophetic dream concerning the total destruction of Los Angeles and surrounding communities. At the time of this dream I lived twenty-five miles south of Los Angeles in Garden Grove. (I currently live in Salome, AZ.)

In this nocturnal vision, I was with my family. We were standing on a high plateau overlooking the city of Los Angeles. At first we only knew the general direction in which it lay—being that we were too far away to actually see it.

Our purpose for being there, according to the dream, was to witness the fulfillment of what had been prophesied for many years. I had informed my family that this was the day in which these predictions concerning the catastrophic destruction of the West Coast were destined to happen.

Since we had been there most of the day and it was now late in the afternoon, my mother-in-law suggested that we might as well leave. Nothing was going to happen anyway. However, I insisted we stay another hour, for surely this was the day God had revealed. I was certain of it.

Their skepticism was interrupted when I exclaimed, “Look over there!” A huge cloud of dust was rising in the West. “It’s started! It’s started!” I shouted.

At this point, Los Angeles came into clear focus. Our vantage point had shifted so that we appeared to be much closer to the city. Its tall buildings and landmarks were now easily discernible. In fact, I was amazed at how smog-free the atmosphere was that day.

By now, a huge crack had opened up through the heart of the city and the sections on either side were tilting sharply, first one way and then another.

The force of the movement was so violent, and the angle of tilt so steep, that the tallest buildings, first on the left and then on the right, were literally thrust to the ground with angry violence.

I was amazed at the suddenness of their collapse. I suppose I had expected them to topple over gradually, like a falling tree. But, no, they came crashing down as though they had been kicked over by a giant boot. The entire area caved in, sinking quickly into the open split.

Within minutes, the once proud city was a sea of churning water. No sign of it remained—not a building, tower, road or bridge. All of it was now on the bottom of the sea.

The scene now changed and we found ourselves on a distant hilltop, sitting in a restaurant outside porch and looking with bewilderment at the vastness of the Pacific Ocean; knowing—but hardly believing—that beneath its rhythmic waves were the debris and remains of the once-famous and proud city of Los Angeles.

The prophecies had been fulfilled. So few had accepted them. Signs had been given, but the majority—pagans and Christians alike—had scoffed at them.

Only a small handful—those humble enough to believe, in spite of ridicule—had escaped. And most of these had left loved ones behind who, refusing to join the unpopular “fanatics,” had perished in a watery grave.

Thank God this was but a dream. There’s still time to heed God’s warning. To be forewarned is to be fo-rearmed. 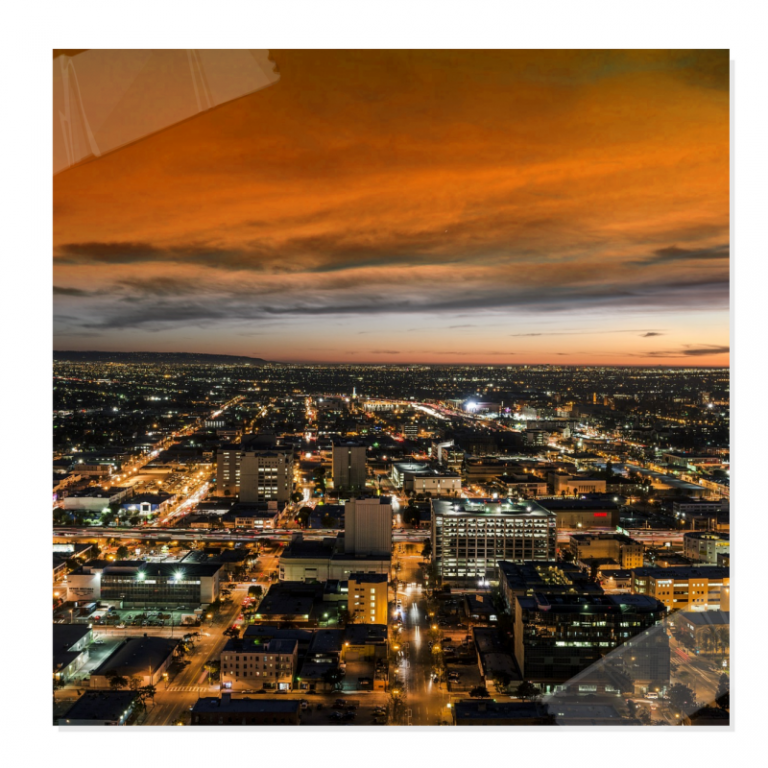 When California Experiences A 5.7 Earthquake, The Mega Historic Earthquake Will Be Happening Shortly Thereafter – Kevin Mirasi 2012