I got an email from Tom D, who wants to remain anonymous.  He experienced what it would be like if we were caught in a volcanic eruption.  I had to ask him why he saw an additional daughter and father in law who wasn’t in his family in the natural.  He responded back that he was given a dream where he was seeing this experience through someone else’s life. That would explain why three daughters and a father in law.

I hope you don’t mind me sharing with you my dreams. I recorded the dream on March 17th 2016 and didn’t think anymore about it until two after I read your piece on Mt. Rainier, Mt.Hood and Mt. St Helen. Most of my dreams are concerning my life, family and those I know. This dream didn’t fit so I discounted it because I don’t live near any Volcano’s.  Here it is:

Early in morning, I was still in bed when my one story home, with basement, was hit by a lateral shock wave emanating from the exploding of a Volcano that was dormant for many decades. It happened without warning.  The narrow end of our rectangular home faced the Volcano and it is the bedroom portion of the house. I kept one respirator in my night stand in case of an emergency.

First came the shock wave immediately followed by and intense heat and volcanic dust. All at once, shock wave, dust, heat and yellow flashes of light filled and surrounded our home. Instantly it filled the house, as practiced I put my respirator on and went into action. My wife, still in bed started to gasp for a breath. I grabbed her and brought her into the basement where there was stored air to breath (represented by a refrigerator with cool condensed air). As she was inhaling breathable air I rushed upstairs for my oldest daughter who was choking and gasping for air as they all were, to bring her to the rescue location with my wife. Then went up for my second daughter and rescued her.  Here is where it gets strange. I went up for a third daughter I don’t have and finally I again went upstairs for my father-in-law who I don’t have and neither have I ever had him live with me. I was fearful he might be dead by this time. END

My family had survived in the dream. The older generation represented by a father-in-law was not revealed. Now, I have had many dreams and a good portion of them have come to pass. I am sure a destructive Volcanic Blast is in Americas near future and people will be affected with destruction and loss of life.

This morning, May 21st I had a very long and disturbing dream late in the morning. I don’t think it is important to structure the details as apposed to the message. In all but one scenario people were busy in harvesting information on individuals. In walking out a typical day, encounter after encounter there were information gathering events going on without people understanding it was happening. It seemed friendly enough as curious people asked questions, either buying items I purchased, text messaged watched, emails sent, answering surveys, (which I declined to participate in) everything about me was being recorded. Then the information was being shared to other entities. There was one event in which I did not cooperate, as I was asked to give it out I slipped out a window to escape giving out information and they did not chase after me.

In one encounter my wife was being stalked by an authority. When I stepped in to defend her, in several different interactions, I was then arrested for taking physical steps to defend her from this male authority. End of dream account.

Last year I saw and old friend at church and we exchanged emails. I emailed him once and within days, on face book, in the people you might know area, his pictured showed up, we did not have any shared friends to link us together. That is when I knew information was being shared. I didn’t have any technical contact with this person outside of gmail. 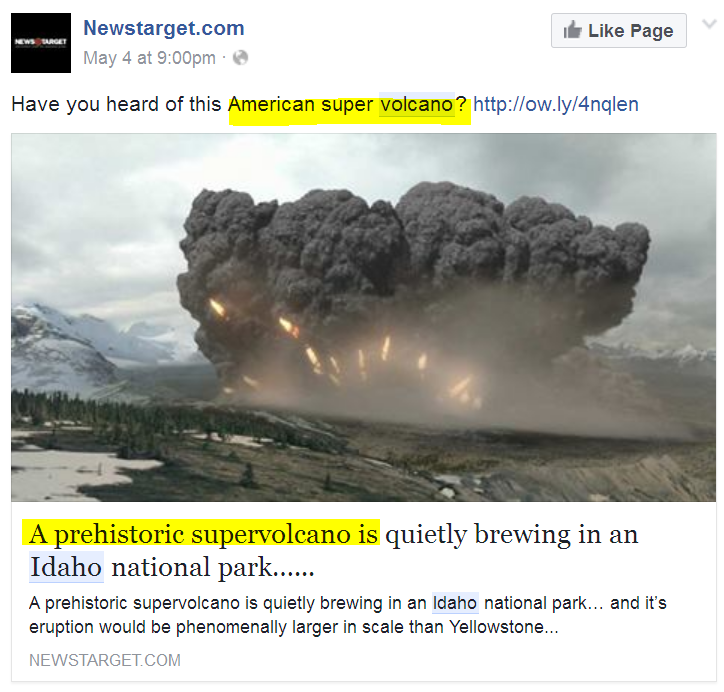 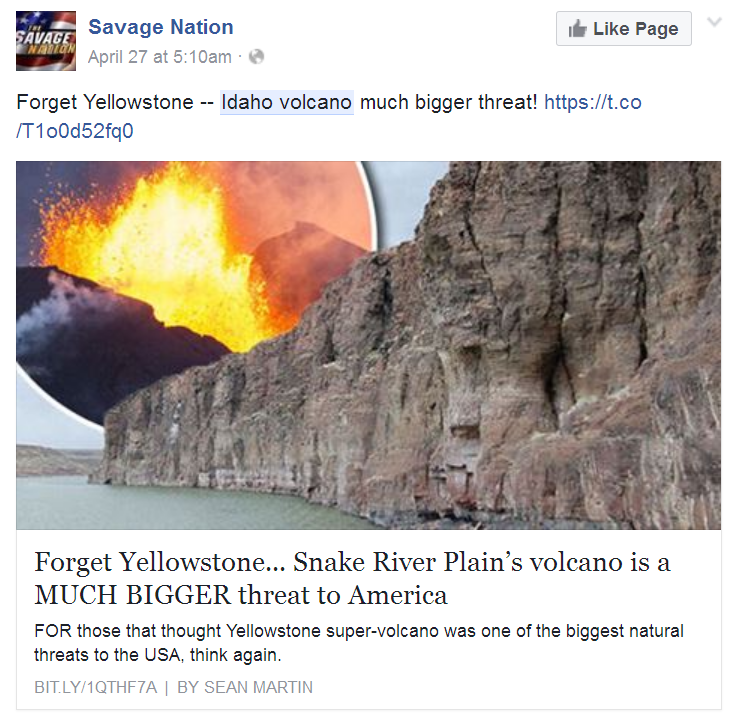 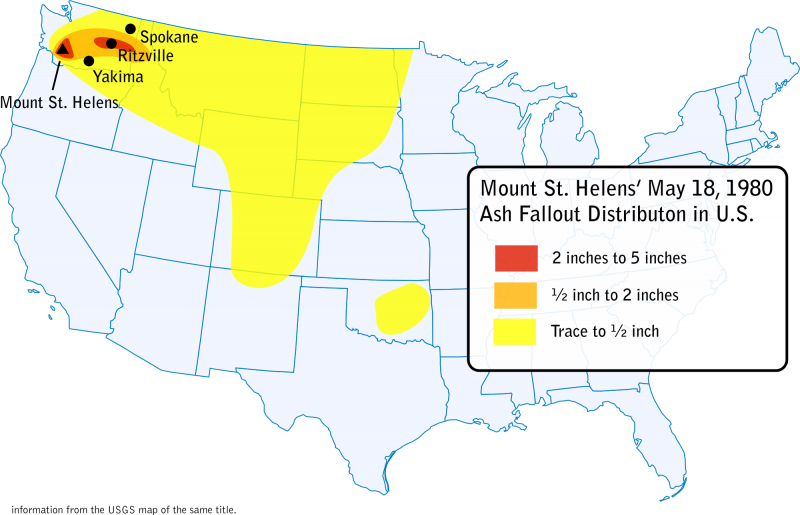 1980 Eruption of Mount St. Helens -How far did the ash go?  Wikipedia

Have you noticed that the crust of the Earth is starting to become a lot more unstable? Over the past couple of months, major earthquakes have shaken areas all over the planet and major volcanoes have been erupting with a frequency that is more than just a little bit startling. Here in the United States, the state of Oklahoma absolutely shattered their yearly record for quakes last year, we just saw a very disturbing earthquake right along the New Madrid fault just recently, and as you will see below one scientist is telling us that the San Andreas fault in southern California “looks like it’s locked, loaded and ready to go”. 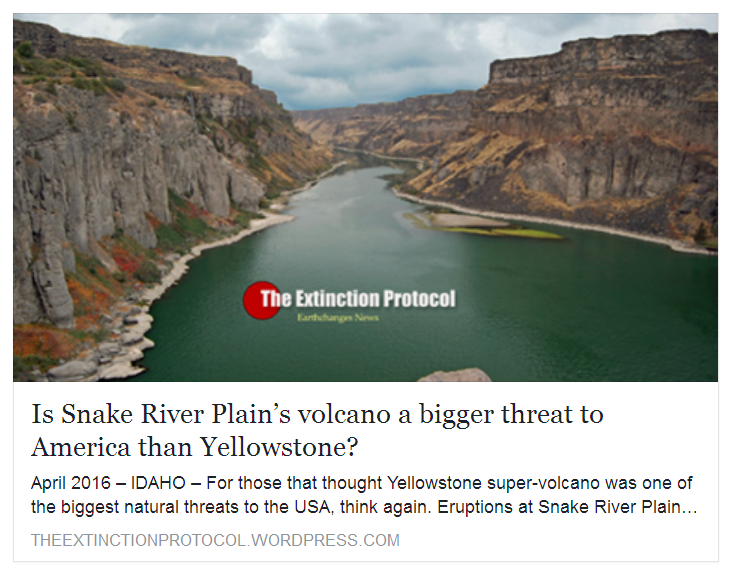 “For those that thought Yellowstone super-volcano was one of the biggest natural threats to the USA, think again. Eruptions at Snake River Plain in Idaho were “significantly larger” than geologists had previously thought. Scientists from the University of Leicester discovered there were a staggering 12 massive eruptions over the course of four million years, beginning 12 million years ago”

“The size and magnitude of this newly defined eruption is as large, if not larger, than better known eruptions at Yellowstone, and it is just the first in an emerging record of newly discovered super-eruptions during a period of intense magmatic activity between eight and 12 million years ago.” –Express  https://theextinctionprotocol.wordpress.com