“What is a Remnant?”

And I asked the Lord, “What is a Remnant?”
“The Remnant is one sixth” 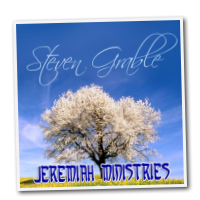 When we read the Scriptures and come to a passage that refers to a “remnant”, we nearly always pass over this word. Our thought simply is a remnant is just a small portion of the original total. We do not stop to consider that ancient peoples had practical applications of length, dry measures such as a bath or liquid measurements such as a Hin. Yet these types of measurements as well as a Sabbath day’s journey etc do have great significance to those of days past..

Esaias (Isaiah) also crieth concerning Israel,
Though the number of the children of Israel be as the sand of the sea,
a remnant shall be saved:

And the dragon was wroth with the woman, and went to make war with the remnant of her seed,which keep the commandments of God, and have the testimony of Jesus Christ.

V8 And it shall come to pass, that in all the land, saith the LORD, two parts therein shall be cut off and die; but the third shall be left therein. V9 And I will bring the third part through the fire,

So from these two scriptures alone, a Remnant is as one sixth!

The Hebrew measurement for liquids is a “hin”.
There are 6 liters in a hin.

So when the Lord spoke to Ezekiel, He was telling him his daily liquid was to be a “sixth” of a hin OR
one liter. This is a primary example of one sixth or 1/6 being a Remnant.

Also, there is another Scripture that refers to a Remnant.

Even so then at this present time also there is a remnant according to the election of grace. Romans 11:5

Pay special attention to example # 5 with regard to the portion of Jewish people who will receive Messiah.
First

And the LORD spoke to Moses, saying, “Send men to spy out the land of Canaan, which I am giving to the children of Israel; from each tribe of their fathers you shall send a man, every one a leader among them.” So Moses sent them from the Wilderness of Paran according to the command of the LORD, all of them men who were heads of the children of Israel.

There were twelve spies that were sent into “The Land”. 10 came back with a bad report. Yet Caleb & Joshua, 2 came back saying “ Let us go at once and take possession, for we are will able to overcome it.

Again there were Twelve tribes, the 10 tribes of Israel and the 2 tribes of Judah & Benjamin.
There were twelve tribes, but only two of the twelve, 2 of 12 = 1/6 (or a remnant) were Holy before the Lord because of King David.
Fourth

Solomon had a vineyard at Baal Hamon; He leased the vineyard to keepers;
Everyone was to bring for its fruit A thousand silver coins.

(To Solomon)
My own vineyard is before me. You, O Solomon, may have a thousand,
And those who tend its fruit two hundred. Song of Solomon 8:11 & 12

“ Awake, O sword, against My Shepherd, Against the Man who is My Companion,” Says the LORD of hosts,
“ Strike the Shepherd, And the sheep will be scattered; Then I will turn My hand against the little ones.
And it shall come to pass in all the land,” Says the LORD,
“That two-thirds in it shall be cut off and die,

But one-third shall be left in it: I will bring the one-third through the fire, Will refine them as silver is refined, And test them as gold is tested. They will call on My name, And I will answer them.
I will say, ‘This is My people’;
And each one will say, ‘The LORD is my God.’”

One Sixth is a Remnant, But Israel will receive a double portion.

Keep in mind how when Joseph’s sons were adopted by Israel that when the Land of Israel was divided, a portion was Not given to Joseph but to his two sons, Ephraim and Manassah, so Joseph actually acquired “a double portion.”

In this story of a type of deliverer “Joseph” and all he had endured to become Pharaoh’s homeland administrator, we also see in the Jewish people having “a double portion.

” They would not receive “a normal remnant but a double portion.”

But because of All they have endured, they have paid double for their sins, (Is 40:2 & Jer 16:18)
And will receive a Double portion just as Joseph!

There is more to the story…..
Although in Ezekiel 39:2 of the King James Version ONLY,

And I will turn thee back, and leave but the sixth part of thee,
and will cause thee to come up from the north parts, and will bring
thee upon the mountains of Israel:

We see the sixth part or remnant is used, however this passage that is presented here is not in any other
version of the Bible, It does not appear either in the Masoretic (Hebrew) Text nor the Septuagint (Greek) Text. So I refrained from using this passage but it seems likely that someone when writing the King James Version gave this word much consideration in order to use this word Remnant.