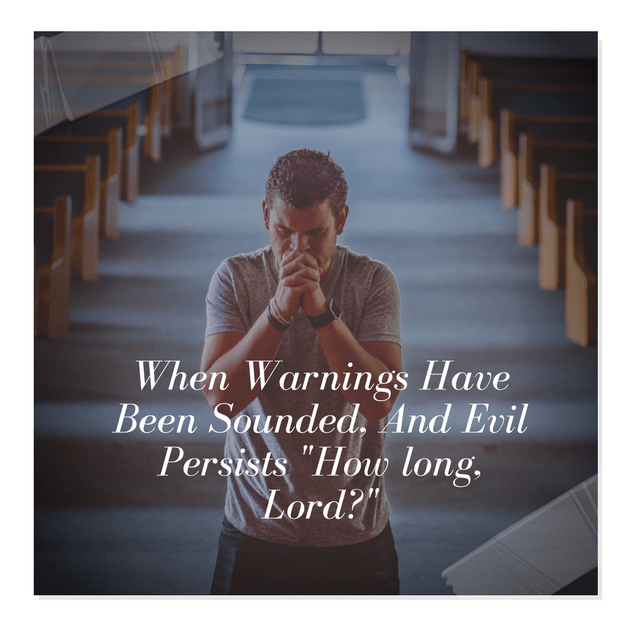 A REFUGE IN TIME OF TROUBLE

Sincere Christians have asked me, “Whom do we believe? I have read the works of many ministers through the years who seemed convinced that the end was very near. Yet over and over they’ve missed it. I think some were just trying to sell their book while others truly thought God was telling them the end was upon us.”

At times I have been utterly broken before God, loudly crying out to Him, “Lord, for many years I’ve been preaching that judgment is at the door. I’ve delivered warnings about a coming economic crisis, yet I only see the opposite happening. I see America prospering and going cheerfully on its way while killing babies in the womb, sliding into the pits of filth, and pushing you out of every institution. How long, Lord?”

Jeremiah spent years faithfully prophesying events that had not yet been fulfilled. He cried out, “O Lord, You induced me, and I was persuaded; You are stronger than I, and have prevailed. I am in derision daily; everyone mocks me. For when I spoke, I cried out;
I shouted, ‘Violence and plunder!’ Because the word of the Lord was made to me a reproach and a derision daily” (Jeremiah 20:7-8).

But Jeremiah could not stop warning God’s people. Even though his prophecies seemed to be unfounded, he kept prophesying.

I feel the same fire burning in my soul that Jeremiah felt and I’m more convinced than ever that God has “set His face” against this nation for its bloodshed and arrogance against His name, and His judgment is due!

On the other hand, I thank God for the many promises in His Word to protect and bless His people in and through all storms. God’s praying people do not need to fear, nor should we worry or fret.

“The Lord also will be a refuge for the oppressed, a refuge in times of trouble. And those who know Your name will put their trust in You; for You, Lord, have not forsaken those who seek You” (Psalm 9:9-10).