Vision of the Cannon’s

It was Inauguration day, Jan. 20, 2009. I was taken to Pennsylvania Avenue and there before me were soldiers marching down the street. The street was made of dirt and the soldiers where union troops. As I watched I heard a man on a white horse shout, “A war has come and we need to get ready for battle.” The soldiers kept marching down the street as if they did not hear him. The man on the horse shouted again, “We need to get ready for battle” and one of the marching soldiers shouted, “We have been order to withdraw”. The man on the white horse said, “If you withdraw you will die”. The soldiers kept marching and then they were no longer.

The man on the white horse said, “On this day a great woe has come upon this union and in the last day it will come again and we who fight today will die tomorrow and this union will be lost.” Then a number of troops and horses were brought in. Seven large cannon’s were set up in front of the Capitol building and a white dove flew around the top of the capitol. The dove cried out in a loud voice, “You shall stand as long as you worship the Lord God Almighty, but know this,” I heard a sound in the distant time, “It has been declared and your time has been weighed; when you come to your last days you have been found wanting. In the end your union shall not stand because you have forgotten The Almighty God”.

Then Seven Angles descended upon the seven cannon’s. Each Angel took his sword and struck the cannon to light the fuse.

The first cannon shot off and the words appeared in the sky, “You have forgotten the covenant of God; love one another and serve the Lord Jesus Christ”.

Then the second cannon shot off and appeared the words, “You have worship idols”.

The third cannon shot off and the words appeared, “You have shed the innocent blood of babies and the Saints”.

The fourth cannon shot off and the words appeared, “You have oppressed the poor and raped the children”.

The fifth cannon shot off and the words appeared, “You have dressed yourself in fine linen with your wealth and in one hour it will be brought to ruin”.

The seventh cannon shot off and the words appeared, “Just as your sins have reach their full so has your time reach your full. You have divided the nations so your union has been divided; you, America, shall not stand”.

I was then taken to stand before the seventh cannon and the Angel said to me, “Look and listen”.

The streets were no longer dirt but paved and there before me appeared soldiers marching down the streets. The sky became dark, the lighting flashed to the ground, the rains came down and the streets flooded. I watched the soldiers march down the streets as the water came up to their thigh; as I watched, the water around them became blood red. I heard the scream of children. I could see Obama standing in front of the White house. I watched Obama for a time then I looked again and Obama was no longer.

The whole earth shook and men everywhere died as all the oceans of the deep washed on the land. Then the Angel dressed in white linen shouted, “It is finished”. I heard a voice say, “I have kept my redeemed and many of my redeemed laid their life down. I have kept many, for I have hid them in the wilderness. Now the time has come and I will now pour them out on the earth and the earth once again will become green. The light shall shine and give forth pure water; the tender leaves have become pure and will grow great. Then I saw that all the cities were no longer there; all the darkness was gone and all things seemed to be bright and new. I heard the songs of healing, songs of worship and I watched as all the Saints were dancing and the trees in the fields were clapping their hands. The Vision ended.

Abraham Lincoln said the spirit that guided him was clearly that of his Second Inaugural Address. And now inscribed on the wall of the Lincoln Memorial in Washington, D. C. is this: “With malice toward none; with charity for all; with firmness in the right, as God gives us to see the right, let us strive on to finish the work we are in; to bind up the nation’s wounds…. “On Good Friday, April 14, 1865, Abraham Lincoln was assassinated.

America and the Church in America, under this Union, has not walk without malice; it has forgotten its charity for all; has not stood in righteous and to do right. We have not pressed forward to do what we were called to d; to finish the race and bind up the nation’s wounds. The New day is changing and there comes a people who will rise up with healing in their wings; Oh son’s and daughter’s of the Holy Lord God Almighty, be a people of Isaiah 61:1-3 The Spirit of the Sovereign LORD is on me, because the LORD has anointed me to preach good news to the poor. He has sent me to bind up the brokenhearted, to proclaim freedom for the captives and release from darkness for the prisoners, to proclaim the year of the LORD’s favor and the day of vengeance of our God, to comfort all who mourn, and provide for those who grieve in Zion – to bestow on them a crown of beauty instead of ashes, the oil of gladness instead of mourning, and a garment of praise instead of a spirit of despair. They will be called oaks of righteousness, a planting of the LORD for the display of His splendor. 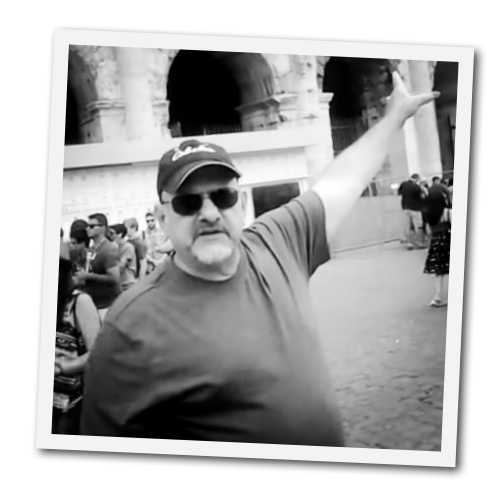 Matthew Stephen is a father of two sons who also serve the Lord. He served his country in the U.S. Army working in Intel Operations Overseas, which led him in and out of the White House on a few assignments. In September of 1981, after his time in the U.S. Army, Matthew came back to America and worked part time in the defense industry and with NASA. In 1979 he came to the Lord Jesus Christ as a born again Christian, and having a heart for ministry, began studying and taking bible classes to learn more about the word of God. In the early eighties he began studying under John Wimber and under his leadership began to pastor a  Vineyard fellowship. Matthew took extended classes with Fuller Seminary School of World Mission. He later became involved with the Kansas City prophetic movement and since 1979 has worked in the area of the prophetic ministry. At the turn of 1992 he came out of the Vineyard and Kansas City movements due to seeing much that was not in agreement with him according to the Word of God. He began calling for a deeper commitment and understanding of the cost of Discipleship and the cost of commitment in following Christ Jesus.

Matthew went through a deep time of searching for purity in the Holy Word of God and calling for maturity and a spirit of repentance in the prophetic movement and in the Church. He has worked over 30 years in the prophetic ministry and has a deep desire to see the body of Christ, including the youth of our day, commit to a deeper intercession of prayer. Since 1979 the Lord has been revealing to Matthew the prophetic events that would unfold in America and around the world Matthew has been given as a Prophet to America. He travels and does speaking engagements and prophetic newsletters while hosting three weekly radio show. Pastor Matthew has started a fellowship, called “Vine Christian fellowship” ; meeting weekly in a coffee house. One of the main thrusts of the ministry is to reach out and feed the needy and take the gospel beyond the four walls.

This is where they killed Christians.