Re-Published From The Economic Collapse Blog.com

On the surface, things seem pretty quiet in mid-July 2016. The biggest news stories are about the speculation surrounding Donald Trump’s choice of running mate, the stock market in the U.S. keeps setting new all-time record highs, and the media seems completely obsessed with Taylor Swift’s love life. But underneath the surface, it is a very different story. As you will see below, the conditions for a “perfect storm” are coming together very rapidly, and the rest of 2016 promises to be much more chaotic than what we have seen so far.

Let’s start with China. On Tuesday, an international tribunal in the Hague ruled against China’s territorial claims in the South China Sea. The Chinese government announced ahead of time that they do not recognize the jurisdiction of the tribunal, and they have absolutely no intention of abiding by the ruling. In fact, China is becoming even more defiant in the aftermath of this ruling. We aren’t hearing much about it in the U.S. media, but according to international news reports Chinese president Xi Jinping has ordered the People’s Liberation Army “to prepare for combat” with the United States if the Obama administration presses China to abandon the islands that they are currently occupying in the South China Sea…

“Chinese president Xi Jinping has reportedly ordered the People’s Liberation Army to prepare for combat,” reports Arirang.com. “U.S.-based Boxun News said Tuesday that the instruction was given in case the United States takes provocative action in the waters once the ruling is made.”

A U.S. aircraft carrier and fighter jets were already sent to the region in anticipation of the ruling, with the Chinese Navy also carrying out exercises near the disputed Paracel islands.

Last October, China said it was “not frightened” to fight a war with the U.S. following an incident where the guided-missile destroyer USS Lassen violated the 12-nautical mile zone China claims around Subi and Mischief reefs in the Spratly archipelago.

Meanwhile, the relationship between the United States and Russia continues to go from bad to worse. The installation of a missile defense system in Romania is just the latest incident that has the Russians absolutely steaming, and during a public appearance on June 17th Russian President Vladimir Putin tried to get western reporters to understand that the world is being pulled toward war…

“We know year by year what’s going to happen, and they know that we know. It’s only you that they tell tall tales to, and you buy it, and spread it to the citizens of your countries. You people in turn do not feel a sense of the impending danger – this is what worries me. How do you not understand that the world is being pulled in an irreversible direction? While they pretend that nothing is going on. I don’t know how to get through to you anymore.”

And of course the Russians have been feverishly updating and modernizing their military in preparation for a potential future conflict with the United States. Just today we learned that the Russians are working to develop a hypersonic strategic bomber that is going to have the capability of striking targets with nuclear warheads from outer space.

Unfortunately, the Obama administration does not feel a similar sense of urgency. The size of our strategic nuclear arsenal has declined by about 95 percent since the peak of the Cold War, and many of our installations are still actually using rotary phones and the kind of 8 inch floppy disks for computers that were widely used back in the 1970s.

But I don’t expect war with China or Russia to erupt by the end of 2016. Of much more immediate concern is what is going on in the Middle East. The situation in Syria continues to deteriorate, but it is Israel that could soon be the center of attention. 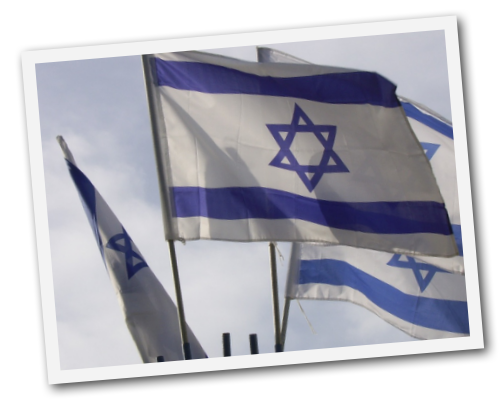 Back in March, the Wall Street Journal reported that the Obama administration wanted to revive the peace process in the Middle East before Obama left office, and that a UN Security Council resolution that would divide the land of Israel and set the parameters for a Palestinian state was still definitely on the table…

And just this week, the Washington Post reported that there were renewed “rumblings” about just such a resolution…

Israel is facing a restive European Union, which is backing a French initiative that seeks to outline a future peace deal by year’s end that would probably include a call for the withdrawal of Israeli troops and the creation of a Palestinian state. There are also rumblings that the U.N. Security Council might again hear resolutions about the conflict.

For years, Barack Obama has stressed the need for a Palestinian state, and now that his second term is drawing to a close he certainly realizes that this is his last chance to take action at the United Nations. If he is going to pull the trigger and support a UN resolution formally establishing a Palestinian state, it will almost certainly happen before the election in November. So over the coming months we will be watching these developments very carefully.

And it is interesting to note that there is an organization called “Americans For Peace Now” that is collecting signatures and strongly urging Obama to support a UN resolution of this nature. The following comes from their official website…

Now is the time for real leadership that can revive and re-accredit the two-state solution as President Obama enters his final months in office. And he can do this – he can lay the groundwork for a two-state agreement in the future by supporting an Israeli-Palestinian two-state resolution in the United Nations Security Council.

Sadly, a UN resolution that divides the land of Israel and that formally establishes a Palestinian state would not bring lasting peace. Instead, it would be the biggest mistake of the Obama era, and it would set the stage for a major war between Israel and her neighbors. This is something that I discussed during a recent televised appearance down at Morningside that you can watch right here…

At the same time all of this is going on, the global economic crisis continues to escalate. Even though U.S. financial markets are in great shape at the moment, the same cannot be said for much of the rest of the world.

Just look at the country that is hosting the Olympics this summer. Brazil is mired in the worst economic downturn that it has seen since the Great Depression of the 1930s, and Rio de Janeiro’s governor has declared “a state of financial emergency“.

Next door, the Venezuelan economy has completely collapsed, and some people have become so desperate that they are actually hunting cats, dogs and pigeons for food.

Elsewhere, China is experiencing the worst economic downturn that they have seen in decades, the Japanese are still trying to find the end of their “lost decade”, and the banking crisis in Europe is getting worse with each passing month. 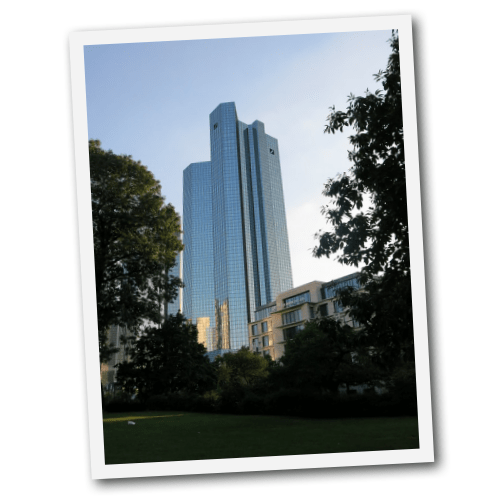 In quite a few articles recently, I have discussed the ongoing implosion of the biggest and most important bank in Germany. But I am certainly not the only one warning about this. In one of his recent articles, Simon Black also commented on the turmoil at “the most dangerous bank in Europe”…

Deutsche Bank, on the other hand, has a capital level of less that 3% (just like Lehman), and an incredibly risky asset base that boasts notional derivatives exposure of more than $70 trillion, roughly the size of world GDP.

But of course Deutsche Bank isn’t getting a lot of attention from the mainstream media right now because of the stunning meltdown of banks in Italy, Spain and Greece. Here is more from Simon Black…

Italian banks are sitting on over 360 billion euros in bad loans right now and are in desperate need of a massive bailout.

IMF calculations show that Italian banks’ capital levels are among the lowest in the world, just ahead of Bangladesh.

And this doesn’t even scratch the surface of problems in other banking jurisdictions.

Spanish banks have been scrambling to raise billions in capital to cover persistent losses that still haven’t healed from the last crisis.

In Greece, over 35% of all loans in the banking system are classified as “non-performing”.

Even though U.S. stocks are doing well for the moment, the truth is that trillions of dollars of stock market wealth has been lost globally since this time last year. If you are not familiar with what has been going on around the rest of the planet, this may come as a surprise to you. During my recent appearance at Morningside, I shared some very startling charts which show how dramatically global markets have shifted over the past 12 months. You can view the segment in which I shared these charts right here…

I would really like it if the rest of 2016 was as quiet and peaceful as the past couple of days have been.

Unfortunately, I don’t believe that is going to be the case at all.

The storm clouds are rising and the conditions for a “perfect storm” are brewing. Sadly, most people are not going to understand what is happening until it is far too late.

Are the Palestinians committed to peace?