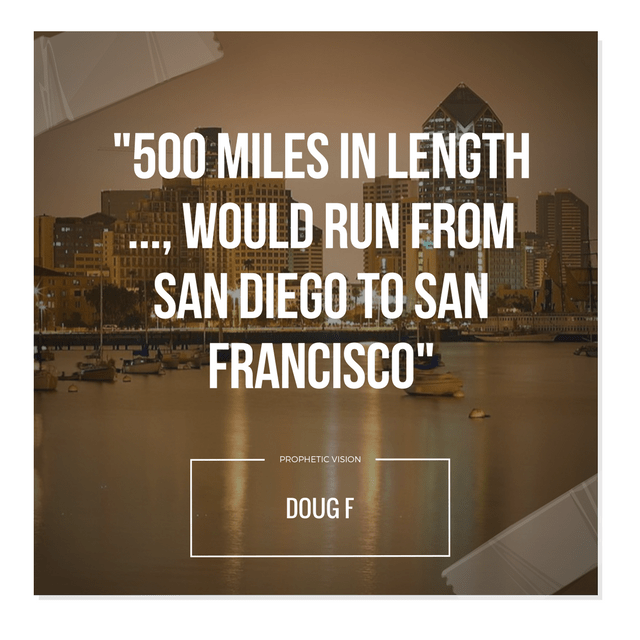 “An hour or so ago while showering, I received an impression, similar to a vision, but the vision portion was limited to seeing an outline of California, I just had an impression of details of a devastatingly destructive earthquake hitting California soon, though I cannot put a specific date on it.

The thought came to me that the devastation caused by the current and earlier California wildfires this year will absolutely pale in comparison to what is going to happen. I felt like the timing is “soon”.

In the vision, a massive fault line or crack, 500 miles in length was the impression I was given, would run from San Diego to San Francisco. I do not know how many miles it is between those cities as I have not yet looked it up, so I do not know how far 500 miles would extend.

Also, in the impression I felt like everything within 20 miles of the California coast was going to basically be demolished. I felt like those far inland, as in near the Nevada boarder, would be “safe”. I also initially had the impression that this was God’s judgment being poured out upon California for it’s phenomenal level of deviant and rebellious sin(s) against God, but as I struggled with accepting the impression as from the Lord (versus it being just my imagination), it became more clear that this is not God’s punishment, but instead a loving warning for those who will listen and heed Him to remove themselves from the area. Most will not heed this warning, and as a result hundreds of thousands, and more likely, millions will die.

I struggled with writing this vision initially, thinking it was simply an overactive imagination on my part. The impression and vision didn’t come to me during a time of prayer, or reading the Word, or even focusing on Him, but it did come during a time when there are no outside distractions. Afterwards, still struggling with doubt, but “knowing” how the Holy Spirit works to impress things upon me, I decided to search online for “Prophetic warning for California”. That search is what led me to a prophetic warning coming from Rick Joyner and Bob Jones, and then the letter above from Byron Searle and reposted by James Bailey.”

Although Doug felt this event was coming soon, we can only speculate about what that means. What God calls soon is often different from what we call soon. However, this warning fits the sequence of events revealed to both Byron Searle and Brother Billy Nelson. They both saw a series of four judgments of increasing severity hitting the United States with the first coming from hurricanes, followed by earthquakes. Texas and Florida were hit hard by hurricanes in August and September.

Many Christians today doubt God would bring judgment, wrongly assuming He only did that under the Old Testament. However, the book of Revelation, which is in the New Testament, reveals the most severe judgment upon the world of all time. God has not changed. His throne remains eternally established on a foundation of righteousness. For the sake of the innocent, He will confront all unrighteousness.

Out of curiosity after reading this word, I asked Siri, “How far is it from San Diego to San Fransisco?” She answered, “501 miles.” 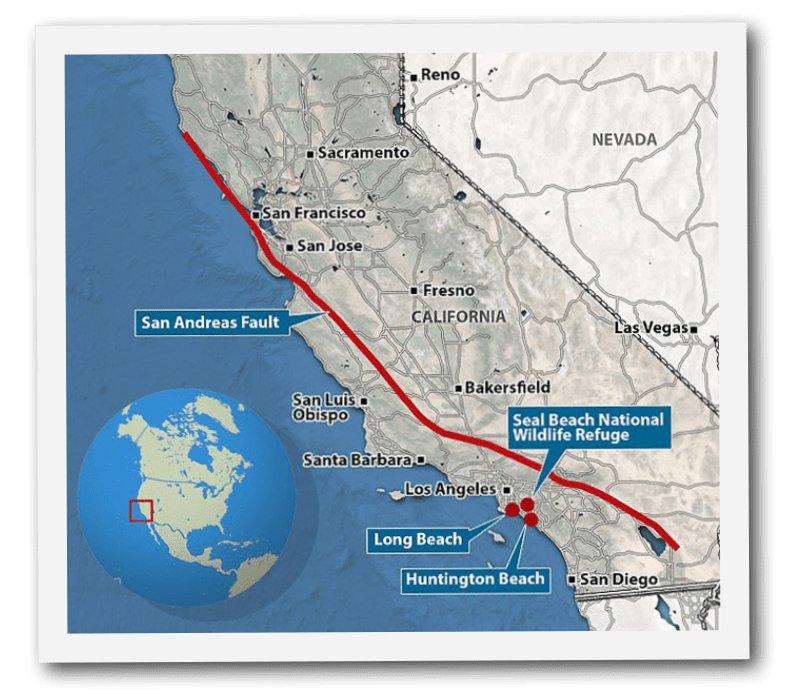 He reveals below that the earthquake will occur between San Deigo and Los Angeles. 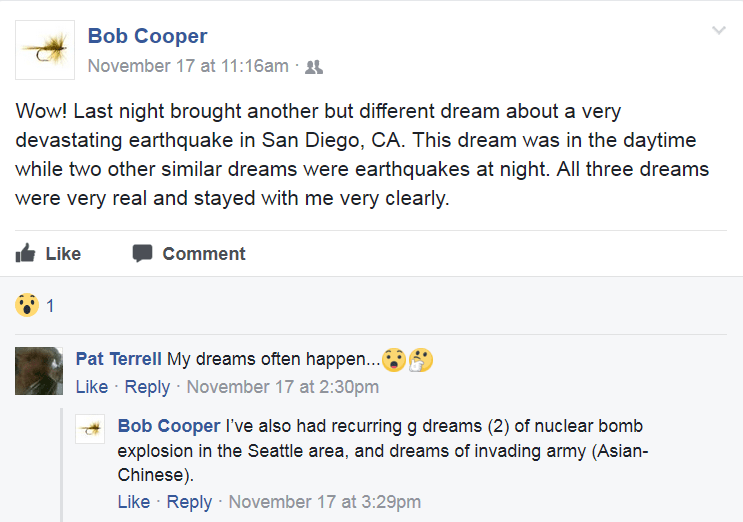