Dr. Melanie Rettler was shown a map of the United States in a vision detailing the destruction coming to the east coast of America. She has has 50 or so prophetic visions with only 3 left to come to pass!

In one prophetic dream she was shown a man who shot her on a highway, only to see later that same man on the news being arrested for that very crime.

In this 1997 vision below, she was shown a man on a white horse leading a group of people by light to a safe location in the mountains of Arizona.  The man on the horse was Jesus himself!  This is an encouraging vision that God has a plan for His people no matter where you live.  While the United States goes through a severe judgement in the days ahead, God will be with us through it all.  Read Dr. Melanie Rettler’s letter to us below.

Found your website and all the other visions people have had. I had NO idea anyone else had visions until a friend told me sometime in 2015 and then I began to search. I’ve had visions all my life and they have come true. I guess it’s training me to trust Him.

About 1994, I had 3 open visions one day. I shared with my hairdresser. She told me she had dreamt the same thing. Then I told another girl about the 2 of us having the same message and she said ” stop, you’re freaking me out. I dreamt that 5 nights in a row. “

Summary, people were terrified. There was what I now know as martial law. I didn’t know what it was at the time. I had never heard the term. There was a shortage of gas and only the military could have it. They wore blue helmets. We were moving people in the night time to a mountain location on the Indian reservation in AZ. There was a man on a white horse with us guiding us but none of us could see his face but we knew he was good. We followed a light at night through the mountains. We were on horseback. I took the people from point 1 to point 2. She took them from point to to the final place in the mountains. Then she brought the horses back. All 3 of us saw the same thing. It seemed to be end of summer or maybe fall because we knew that pretty soon the nights would be getting cold and we were giving the people blankets to take with them for when it would get cold at night but as of the time in the vision, the nights weren’t yet cold.

The people were terrified and we kept calming them. I knew for certain that everything would be ok. He showed me 1 horse and said ” Do Not forget this. He is 5 years old. Do not forget this. ” I said ” ok, I got it. “

Main thing I keep seeing over and over is big devastation. Terror, but we have been shown to not fear at all. Be prepared to lose everything. Its going to be harder for rich comfortable Christians.

I kind of school them now by saying “ If you suddenly lost everything you have, would you trust God? Get ready. It’s coming. He will fulfill all of His promises.”

Thanks for your work.

It was middle of the day and I walked from my house to my barn.

A vision opened up in front of me: It was about dusk. I saw people on horses lined up and hear Him say:

“Get all of these horses broke. You are going to need them when you flee. “

I saw myself helping the people on the horses. They were terrified. Some had never been on a horse before. I was comforting them. I saw that I had given them something like a blanket and water. I knew that pretty soon the nights would be getting cold.

These people were taken to another house where they stayed a night and then someone else took them up into the mountains.

I also saw the trip into the mountains along a certain road and saw that a light was leading them. It was at night.

I saw a man on a white horse. I could not see his face but I knew he was good. He went with us. I also saw that my favorite horse was not there. That I couldn’t understand. The horses were all blacks, browns, bays, sorrels. There were no palominos, buckskins, paints, appys, grays or horses with a lot of flashy white markings. There were only mares and geldings. Some of the mares were early pregnant. There were no babies except maybe 1 or 2 young ones that came along. There were no stallions.

The vision closed and I was shocked. I walked to a pasture. The vision opened again. I was looking at mares and babies on a grassy pasture and suddenly it turned to destruction in the vision and He said “ This will all be gone. “ I was like ” no no”.

Then stunned I turned and walked back towards the barn. The vision opened up a third time. There was a sorrel horse. God said “He is 5 years old. Do NOT forget this. He is 5 years old. “ That ended the open visions that day.

A few days later I wad at the hair salon. Mary ( my hairdresser) and I were talking. I told her about these visions. She told me ” I dreamt that”. We compared notes. She also saw the man on the white horse but couldn’t see his face. She told me that we were giving them jackets or blankets and they were rolling them up and putting them behind their saddle seats.

Then a couple of weeks later I’m visiting with a friend and I tell her about the visions I had and the episode with my hairdresser and she said “Stop stop stop, you are freaking me out. I dreamt that 5 nights in a row. ”

I hadn’t told her everything about the color of the horses. She started to ask and tell me. She asked “Who was on the white horse?” She couldn’t see his face either. She told me the colors of the horses and that my favorite horse wasn’t there. ( He died of old age a few years ago).

The friend confirmed details to me that I didn’t tell her and she added more to the message. She confirmed the color of the horses and that some of my favorites were not amongst them. I saw that too. (Today), the horses I have are the ones I saw in the vision. The stallions are gone. The young ones grew up.

My friend told me she drempt someone brought people on horseback to her parents’ horse. They stayed overnight and the next night SHE took them to a final place in the mountains. She saw a light leading the way. She wold tell them “ Watch out for that cactus. Don’t step on that . “ Then she brought the horses back so that they could be used for another trip. She also said that she saw huge dark ominous clouds in the east and when someone asked her “What is that? She said “It’s the end.” But she wasn’t afraid.

She told me that a particular road was moved in her dreams. I thought “No way that’s  going to happen.” But a few years ago, they moved the road to the other side of that little hill just like she had said. This is what confirms to me that this is going to happen in the natural.

She also told me about the black helicopters. I saw them in my vision too and now we see them almost every day. She told me that gas was in short supply. She also saw that they were wearing blue helmets.

The only thing I know is that God, himself was with us and He has this whole thing planned out. The people were TERRIFIED but we were not.  I now know we were under martial law but I had no clue what that term meant back then.

The 5 years isn’t clear to me now but I know it will make perfect sense at just the right time.

Other Prophetic Mentions Of Safe Locations: 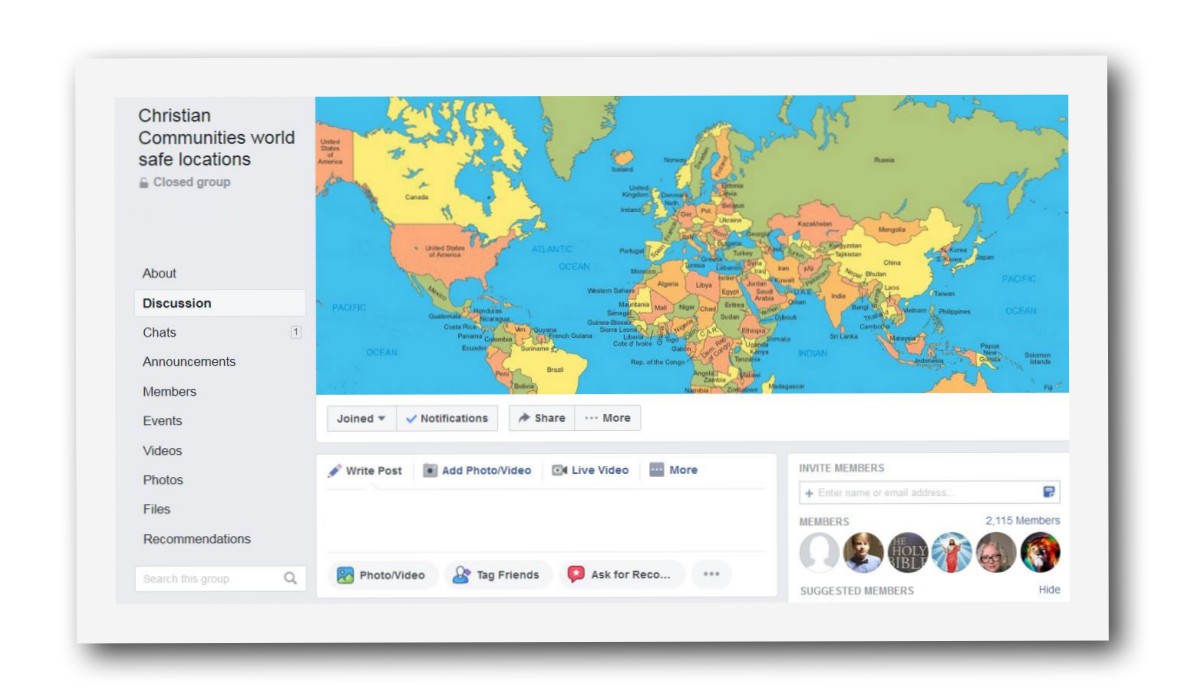 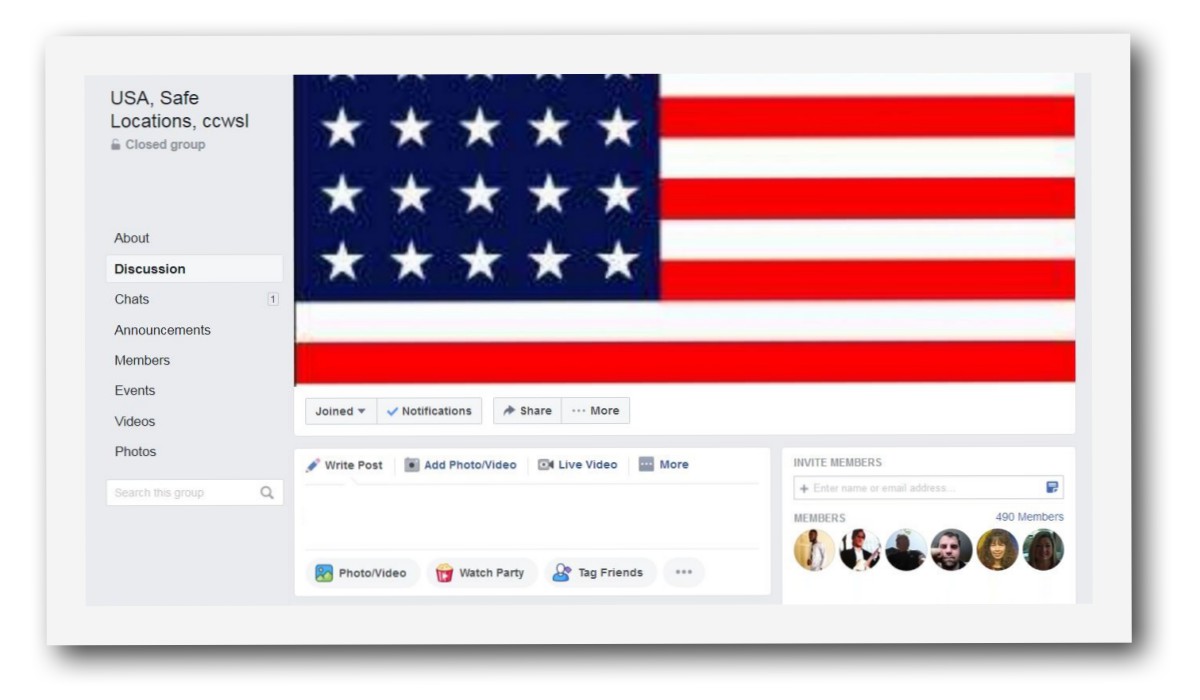 Why Are So Many Believers Moving To The Upper North West Of The United States?