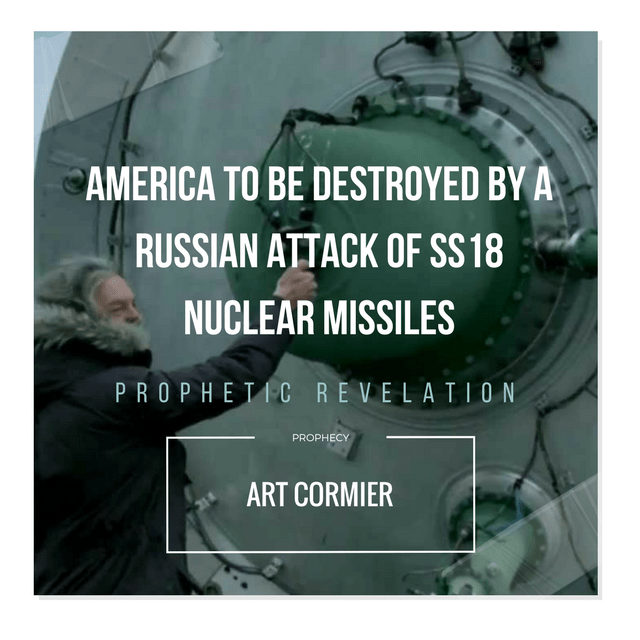 (What is quite interesting about this prophecy is it was given in the 1990’s.  The SS-18 was developed in 1969, but by 2009 Russia was disarming and only 59 missiles remained in service.  Headlines this year and last year report that Russia has come out with a superior missile called “Satan 2”  which is capable of traveling far enough to hit both the east and west coast of the United States.  The existing American missile defense system would be incapable of intercepting them.  There are many prophetic voices who see America being attacked by Russia with missiles.  If or when Russia attacks, will they use the SS-18, like Art Cormier sees? In this article on Stephen L. Bening’s group it is unclear if this prophecy was a vision, dream or word )- Meranda

85.1 1990, Dreams & Prophecies & Visions, America To Be Destroyed By A Russian Attack of SS18 Nuclear Missiles

During 1990, I met a man named Art Cormier. Art was a butcher: a meat cutter in Fort Lauderdale, Florida. God was showing him some incredible things. He was having trouble getting people to pay attention to him, for he was receiving warnings about America’s future. His English grammar was not very good, but I quickly saw the importance of what he was receiving and I felt called to help him, so, in a sense, I became his scribe.

I began doing prophetic newsletters then, mainly filled with what Art was seeing. God led me to call them the “Gammadim Reports,” after Ezekiel 27:11. This was still several years before I became aware of the Internet, yet God knew even then that I would be the only watchman using the name “gammadim” in the whole world in the year 2000 and that anyone, doing a simple search anywhere on the internet, would be able to locate my web site. AMAZING GOD!

I recall one event that changed me forever. It was June 18, 1991. I had just visited the location of my previous employer at 666 71st Street. I had been showing a friend that place and laughing about the numerical address. I pulled my car into my office parking lot at 6 P.M.: the 18th hour of the 18th day of the 6th month of 1991—can you see all those sixes. Art Cormier was waiting for me. He handed me a revelation he had received that America was going to be destroyed by a Russian attack of SS18 nuclear missiles. Russia has named these missiles “SS18 Satan”. Art had no idea where I had been—he had no idea that I had just come from 666 71st street. He had not even noticed the 18th hour of the day. He had not even noticed that it was 6/18, but I did immediately and I was changed forever. 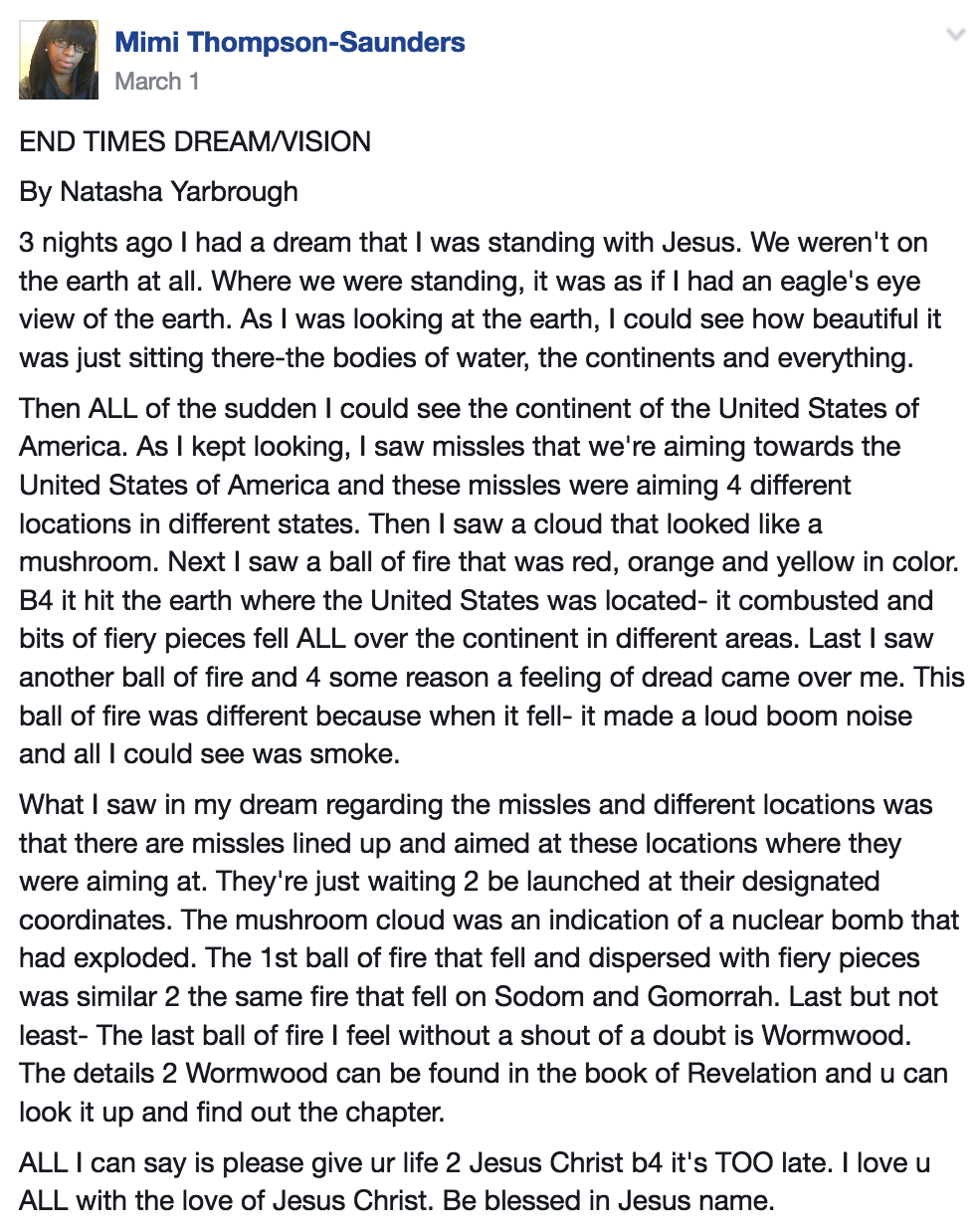 Satan scare: Why the US is going ballistic over a Russian missile …

In the entire history of the human race, there has never been a weapon as destructive as the Russian SS-18 intercontinental ballistic missile (ICBM). To understand the true power of this doomsday weapon, try comparing it to the nuclear warhead the United States used to obliterate Hiroshima.

The Hiroshima bomb had an explosive yield of ‘only’ 15 kilo tonnes (KT) or 15,000 tonnes of TNT equivalent, and yet it killed 70,000 people. In comparison, a single SS-18 carries up to 10 separate nuclear warheads of around 750 KT each. Some missiles are armed with one humongous 20,000 KT warhead.

During the early years of the missile age, the United States led Russia in technology and numbers but by the early 1970s when the SS-18 started entering service in significant numbers, Moscow had closed the missile gap and started pulling ahead inexorably. In 1990 Moscow had a stockpile of around 40,000 nuclear warheads (vs 28,000 for the US) but by just using the 3,000 warheads on its SS-18s it could wipe out all human life in the continental United States in 30 minutes.

Moscow weapons experts have said the so-called Satan 2 will be able to evade radar defences and could travel far enough to strike London or the East and West Coast of the US.

The terrifying new missile is twice as light as Russia’s current ballistic missiles, the Voyevoda, making them more efficient and giving them an increased firing range of 11,000 miles.

Russia is 10-15 years ahead of the US with its cutting-edge heavy liquid-propelled RS-28 Sarmat intercontinental ballistic missile (ICBM), Alexei Leonkov, a military expert and commercial director of “Arsenal of the Fatherland” magazine, told Radio Sputnik.

The military expert emphasized that Sarmat will serve as a reliable deterrent.

“Let them call it what they want. The [Sarmat] missile system which is about to enter into service is a fifth generation system. Its characteristics are so impressive that our opponents have reason to be afraid of it. According to some estimates, the missile’s striking range is up to 18,000 kilometers [11,184.6 miles]. It also has a large number of divided parts, from 10 to 15 warheads, each with a capacity of up to 750 kilotons. They will fly to their target at hypersonic speeds performing maneuvers so that the existing American missile defense system would be incapable of intercepting them,” Leonkov said.

” As they approached hundreds of paratroopers were jumping out of the airplanes and landing all around us ” A Prophetic Dream...

“I saw a man on a beach asking what a Russian ship was doing just off the beach, and if it was there “to...