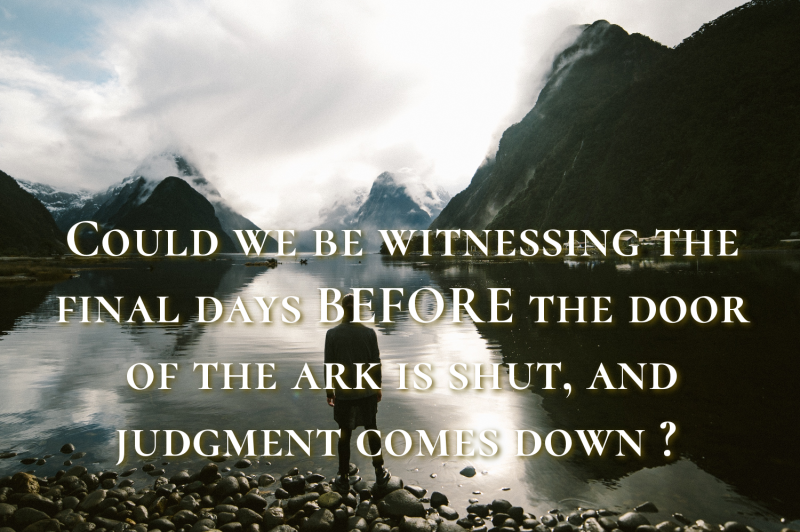 Many people find it very interesting that Ken Ham just completed his NOAH’s ARK encounter in Kentucky in July. It wasn’t too long after the real ark was completed in the biblical account before the rain started to fall on the wicked people of the earth.

Could God be sending us YET ANOTHER clue to judgement coming to this nation with the completion of the ARK ENCOUNTER in Kentucky?

My husband and I receive Ken Ham’s news letters every month, and when they first began building the project, the cost of the project was so exceptional that it seemed like it would be a impossible project to complete. At one point, they raised half the funds, and needed the other half, and before we knew it, the project was finished. The final cost of the park at its opening exceeded $100 million, including $62 million from the Williamstown bond offering and $36 million from individual donations.

See more of this project at The Ark Encounter

“Just as it was in the days of Noah, so also will it be in the days of the Son of Man. People were eating, drinking, marrying and being given in marriage up to the day Noah entered the ark. Then the flood came and destroyed them all. It was the same in the days of Lot. People were eating and drinking, buying and selling, planting and building. But the day Lot left Sodom, fire and sulfur rained down from heaven and destroyed them all. It will be just like this on the day the Son of Man is revealed” (Luke 17:26-30, NIV; cf. Matt 24:37-39).

The two examples of Noah’s and Lot’s times used by Christ were to stress two points.

1 The wicked will be overtaken by the sudden and unexpected judgment.  The same way that the Flood and the destruction of Sodom overtook the people of Noah’s and Lot’s times, so shall it be today.

2 A Society That Forgets God – Jesus says that people ate and drank, and married one another (Mt 24:38).  Did they not know judgement was about to hit?  Take a look at today.  In Christian circles we are expecting judgement to hit.  We are ready to brace ourselves for the massive storms heading our way.  Yet, the whole of society has NO relationship with God.  They don’t know judgement is going to hit, and it is going to catch them by surprise.

3 Animal / Human Hybrids -We also know that a kind of people called “Nephilim” were on the earth in those days (Gn 6:3). “Nephilim” presumably means “fallen ones” in Hebrew. Today we are also mixing animal and human DNA.  This is happening around the world, and it is so widespread now that many people are doing this abomination in the basement of their homes.

4 Morality And Social Decay Of People

The wicked morality of the people  “in the days” before His Second Coming very much the same way as they did “in the days” of Noah and of Lot.

Judgment usually begins when the WHOLE of the society accepts immoral sexual behavior.  What this means is when there is NO more outcry from the people, the majority of people don’t find a need to repent. They don’t associate the acts with being wicked.   The people can no longer see their sin because nobody is talking about “sin“, “hell” and “repentance“.

Today homosexuality has become the norm.  Although, today the acceleration of other sexual acts are quickly becoming accepted.  We are FAR BEYOND homosexual acts now.  We see the marrying of animals, marrying family members, having sex with animals, even accepting sex with children.  These acts are being accepted by the majority of people.  People shrug their shoulders and say “to each their own”.  There is no standing up for the rights of children and animals. We don’t even want to raise up our voices as MILLIONS head into hell and burn for an eternity.  We couldn’t care less as a group of people.

Could we be witnessing the final days BEFORE the door of the ark is shut, and judgment comes down ?

The Real Noah’s Ark!
Top Points to Consider.It is in the shape of a boat, with a pointed bow and rounded stern 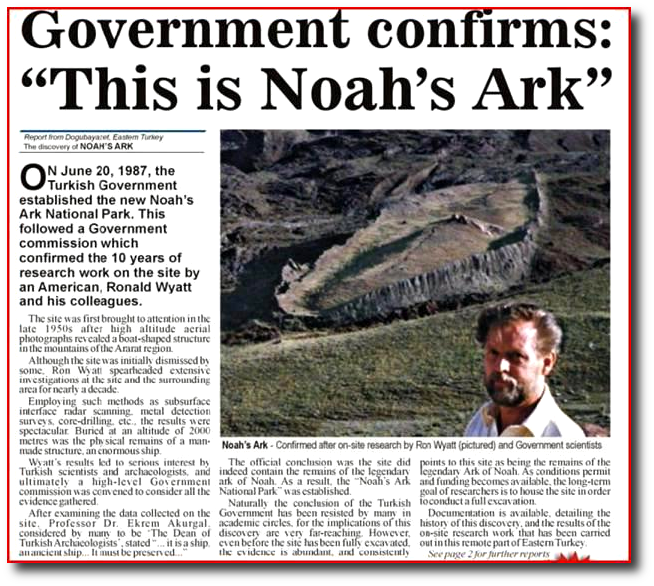 (These are some questions and answers found on facebook)

Objections Along With Answers Considering The Flood

1.) Not enough food: food would have rotted, become diseases and in edible within 2 weeks.

2.)Not enough water: no fresh water except for rain which only lasted a small amount of time. The flood water would have mixed with salty oceans making it Undrinkable (note the force of the flood would mix the two)

Good thought. All the rain that came down pooled in lakes, or streams. Normal rain cycles continued after the waters dispersed.

3.) Wood would have rotted: especially with insects, feces, urine, and constant barrage of water hitting it, and animals gnawing the wood.

Actually they have discovered that the Noahs ark in Turkish mountains, have a sandwich layers of wood, and metal. Think about plywood. Layers of wood and metal, made the boat quite strong.

4.) Flood water mixed with oceans causing most sea life to die out due to both temperature, pressure, and water saltiness changes.

We see fossils like clams, (thousands of them) are grouped together, and died a quick death. I would imagine the currents caused many of the sea creatures to die. Certainly not all of them, but many did die because of the temperature increases, and changes in the oceans.

5.)Stress would have Been high causing some animals like rabbits to just keel over

Again, you are assuming, LARGE creatures. View it in another picture, all the animals were newly born, smaller in size, able to reproduce after getting offf the boat.

6.) Territorial animals would have fought each other

They have found in the boat structure in Turkey, lots of compartments. They weren’t grouped in one big room.

7.) Carnivores and parisites would have attacked others for food and hosts regardless of Noah feeding them.

Interesting thought, but again, if they were in rooms, this wouldn’t be the case. Again, smaller animals wouldn’t behave this way.

8.) Ground after water disappeared would be so muddy it would have been unable to walk

The boat structure was also found on a mountain, not on a flat surface. So this wouldn’t be the case.

9.) All plant life would be dead, unable to grow back due to drowning and salt covering the earth

Interesting question… Water from above, or from inside the earth wouldn’t have salt. There is debate around the idea that the oceans we have today were not the same as they were back then.

10.) Inbreeding killing off all species within a few generations

Seven PAIRS of every clean animal, and 2 pairs (4 animals) of every unclean animal. So there would be no problem populating the earth.

Land was pushed up, creating mountains, like we see today. Perhaps at one time in history, the land was even.

12.) Why aren’t all of the dinosaur bones in a single layer?

Nice neat fossil layers just isn’t accurate. We find lots of overlap. We see trees sticking up through the layers, so how is that possible?

13.) Why aren’t piles of animals dead in a specific area due to water currents

We do find this actually. Piles of bones all in one area.

14.) livable environment, most life NEEDS a specific environment to live, whether it’s temperature, moisture, humidity, to dark or light, as well as things to ware down their claws on, or teeth aswell. 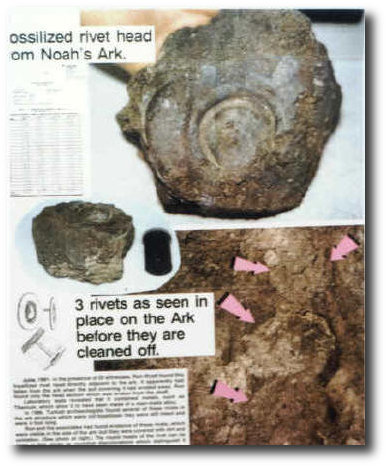 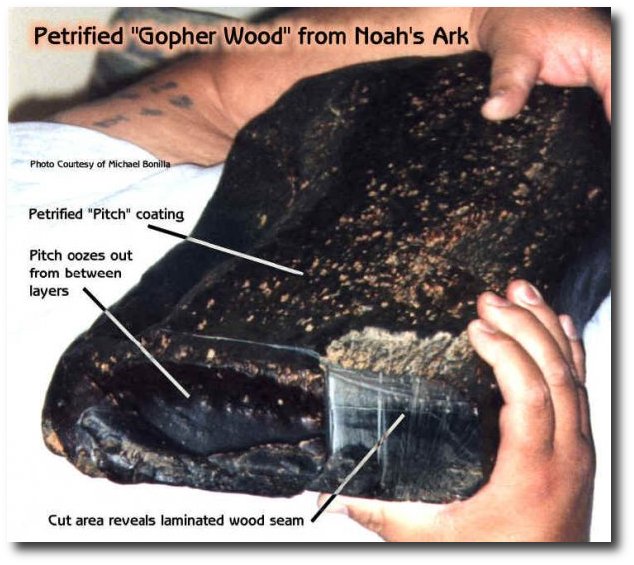 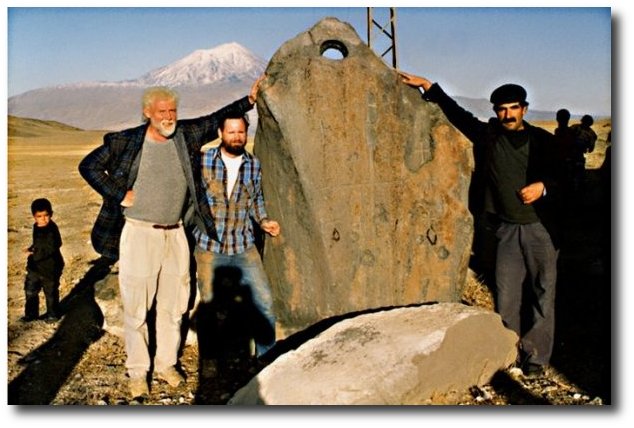 Several stone anchors were found in a straight line leading up to the mountain. These anchors balanced the boat during the massive storm. 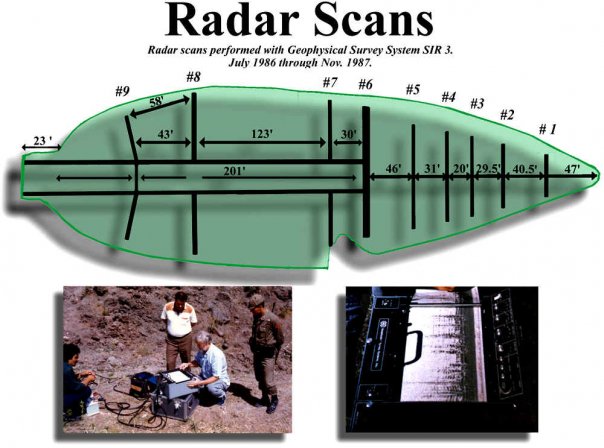 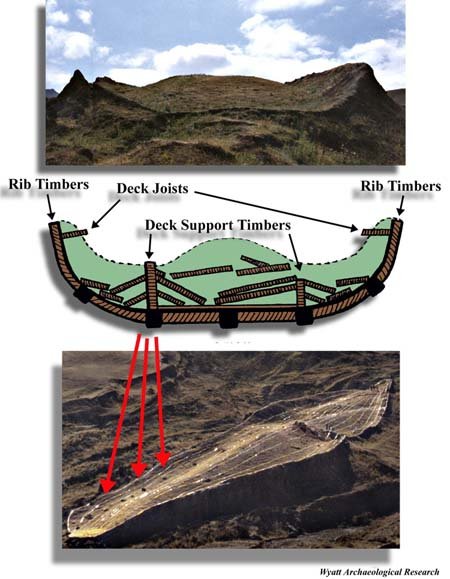 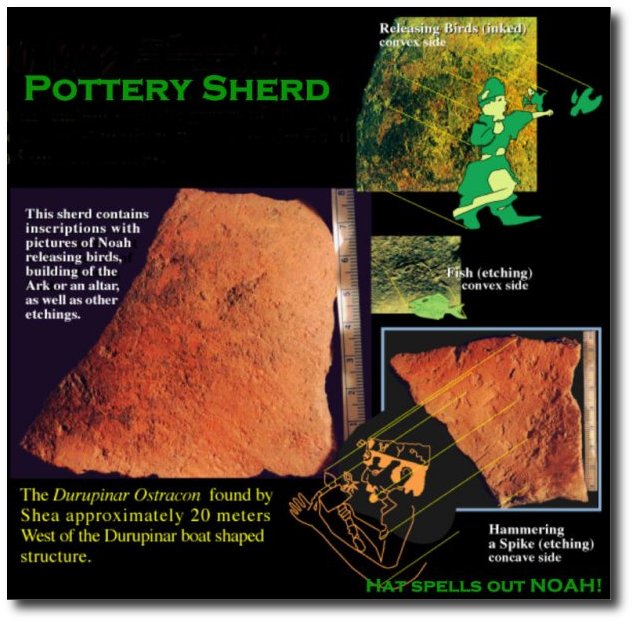 How The Ark Was Discovered

In 1959, Turkish army captain Llhan Durupinar discovered an unusual shape while examining aerial photographs of his country. The smooth shape, larger than a football field, stood out from the rough and rocky terrain at an altitude of 6,300 feet near the Turkish border with Iran.

It is a long story how the pieces came together to establish scientific truth about the site. This video is a brief documentary starting from the year 1977 when Ron Wyatt visited the site to examine the controversial reports.

Obtaining official permission, Ron and others conducted more thorough research over a period of several years. They used metal detection surveys, subsurface radar scans, and chemical analysis — real science — and their findings were startling. The evidence was undeniable.

Physics and the Bible: The Terrible Flood of Noah – Lambert Dolphin …