Cyrene Watts and Randy Sharpe both had a prophetic dream of a test that was to happen in August.  Could it be this August of 2016 or a future August?  What would the test be about?  I also find it interesting that Neville Johnson also speaks about a word he received about a decision made by the government in August of this year which will cause a massive event to happen in September.  Could this test be something he is also talking about? 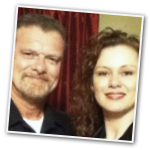 (Randy has allowed me to re-publish his email)
George Sharpe, ( who also goes by the name Randy ) -follow his facebook page The Fire Escape

Here is a dream that I had the other night. It was two parts. The first part is the “mystery”, and the second part nudges me to consider the first part with some credibility.

I was sitting at a desk located in what appeared to be a classroom. There were many other people in the room, also sitting at desks. Before me was a piece of paper which I understood to be a “test”. My sense is it was a test having to do with “numbers”, math type things. However, there were no integers, only word problems. I had no sense of urgency or fret about the test, only that it must be taken. It contained only about 10 written problems.

My attention was drawn to the top of the test where the date was to be written. The date looked as though it had been smeared. I could just make out the “Aug”, the day was totally smeared and unreadable, and the 2016 was crystal clear. I felt that it was important for me to highlight the date for the teacher though I realized the teacher obviously knew the date of the test.

I took my pen and began to write over the “A” in “Aug” , boldly writing over “A”. It was heavily highlighted by the time I finished. The legs on this “A” were very short, almost imperceptible. The top of the “A” was pointed much as you see this “A” I have typed here. Generally, my written “A’s” have a very rounded top but not in the dream. My whole focus was making this “A” in “Aug” as clear as possible. The “Aug” was still smudged a bit but it was readable. The number of the “day” was still totally unreadable and the “2016” was clear as a bell.

I looked down at the test and I realized that half of the questions had already been answered. Somehow, this fact did not surprise me and I seemed comfortable with this fact. I ignored the completed questions but before I could begin on these last few written questions, the dream changed. ( I had not had the chance to read any of the questions that were left to answer so I have no idea what they were.)

I was in my kitchen and I opened the cabinet under my kitchen sink. There was a pool of water from a leak collected under the sink and my cleaning supplies were sitting in it. The supplies were messed up. I was a bit perturbed but I located the point of the leak which was a quick fix.

Okay, now I am going to tell you what happened once I woke up.

I went into the kitchen and was making a pot of coffee. I reached under the sink to get some dish soap and remembered the dream. When I reached in, I felt around on the cabinet floor and it appeared dry. I then remembered where the leak was located in my dream but I couldn’t feel on the floor there because there was a plastic tote holding my cleaning supplies under that spot. I reached in to get the tote and there was standing water in it with my supplies. When I touched the water, I must have groaned or something, in surprise, because Becky called out from another room of the house, “Randy, are you okay?” I simply told her, “I think so”. She asked me what I meant and I told her to give me a minute because I needed to think. My mind rushed and I had a sense, “If this was what I dreamed about in the second part of my dream, and it seems to have a certain amount of credibility, what about the first part of the dream?

I took out the tote and poured out the water. I had to throw away some of the supplies and I fixed the leak which really was a quick fix. All of it took less that ten minutes or so.

I mentioned this to Becky and told her the whole story of the dream and everything. (By this time my coffee was ready so I had to have a cup of coffee…lol. This has nothing to do with anything other than now you know I’m a serious coffee drinker.)

Becky and I went into the living room to read our scriptures. This can take anywhere from an hour to a couple of hours as we take our time and discuss what we read as we go. We do not use devotional guides, etc., as we feel we need to search it out ourselves. We are currently in the book of Jeremiah and, with the state of our nation today, it is heart wrenching to read. We know what’s coming.

Becky pulled out another book, however, along with our Bibles. It is a book that I have had for a while but we had just taken an interest in it just the other day. It is Tom Horn’s, “Zenith 2016”. On the front cover is a bold, dark, highlighted outline of a “triangle”, such as a pyramid, with “2016” following it. I told Becky, “Let me see that cover again”. When I looked at it I told Becky that the “triangle” reminded me of the “A” with the short legs that I was drawing in my dream followed by the 2016.

The reason we had just recently pulled this book out was because it had information concerning things associated with what we were exposed to when that “phone” episode happened and that Georgia Guide Stones video played. Again, all of this sends my mind reeling.

So here’s where I’m at currently. I am giving careful consideration to the first part of my dream because of what happened with the second part of my dream. I am totally aware that it could be nothing. I also told Becky that we should be very watchful for the rest of the month of August. Where the “numbers” part fits in, I don’t know. It feels that there could be a “test” coming and, since I wasn’t alone to take the “test”, others could be involved. It could be a small group, a town, the nation or the world. I have no idea.

I also feel that part of this test has already been taken. I don’t know if the test was being done well or if it was being done poorly. Also, it may be that each person involved stands on their own response, which would make sense.

As the book, “Zenith 2016” deals with “powers”, things such as Freemasons, the Illuminati, Dualism, Deists, and other things (similar to what are on the Georgia Guide Stones), I am wondering if it involves world figures or national powers.

In the news, I see California on fire while Louisiana is drowning. We also know the current state of affairs of our own corrupt government. I also found it interesting that the Russian military has been building up around the Ukraine. The Ukraine’s “Independence Day” is August 24, and I wonder if that could be a day to watch.

Again, it appeared numbers were involved so economies could also come into play. Michael has voiced much of this himself. We watched him on Revelation in the News with Zack, and we feel Michael is “dead on” with all of these issues.

Well, that’s it. It could be something or, it could just be a man that drinks too much coffee.

Just a thought. In my dream concerning the “classroom test” for August, I noticed some interesting things.

I drew your attention to August 24 as a possible day to watch. I was drawn this date because of Russia being on the border of the Ukraine and that being the Ukraine’s Independence Day. Nothing happened on Aug 24 concerning Russia and Ukraine, however.

So what did happen on August 24?
Two Earthquakes occurred. There was a magnitude 6.2 in Italy with over 250 souls lost, a magnitude 6.8 in Burma with several deaths and damage to nearly 200 pagodas, and the attack on an American “University” (classrooms) in Afghanistan where at least 13 perished with others injured.

It was interesting that this date came up (24th), “numbers” were involved (multiple quakes, quake magnitudes, multiple deaths, multiple temples damaged,) and a University (the classroom). These events were certainly “tests” for those involved.

All of this could be coincidence and these appeared “connections” could be more like seeing “designs in the clouds”. I just want to be careful.

I still have a sense, though, that this is not the full story and things could bleed into September.