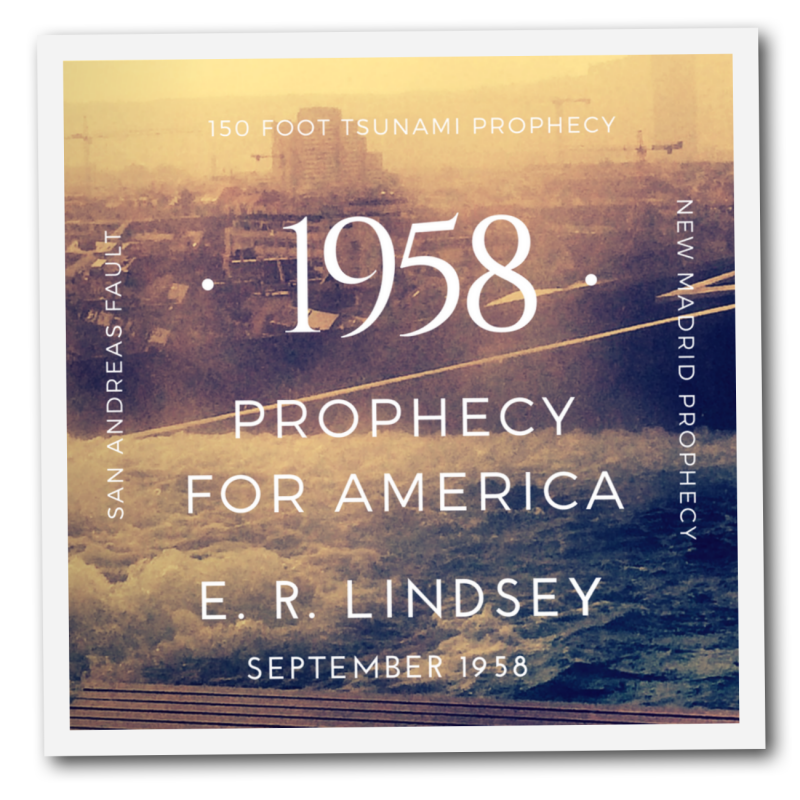 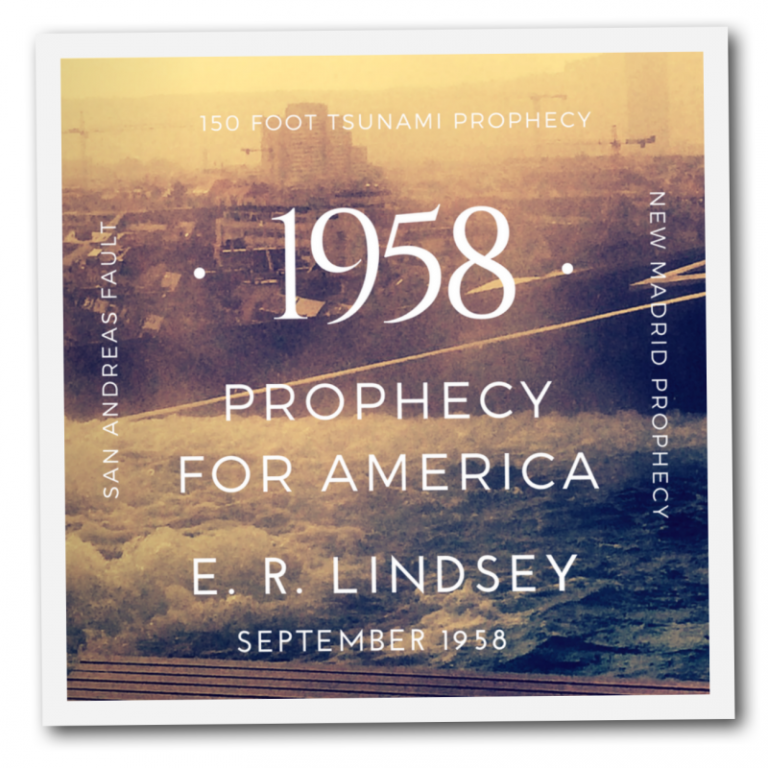 “Surely the LORD God will do nothing but He revealeth His secret unto His servants the prophets.” Amos 3:7

E. R. Lindsey, even as a child, was blessed with visions from God. At the age of 12, a vision, in which he saw a boy in danger of drowning, was responsible for saving a child’s life.

He was frequently visited by an angel of the LORD. When he was 16, he went camping with three other boys. They pitched their tents in a dry stream bed under a bridge. At midnight, the boys were awakened by strange lights flooding the camp. Though still a lad, he recognized it as “the Angel of the LORD” and told his companions that they were being warned to move at once, for in the nearby mountains a sudden cloudburst would soon transform the dry stream into a raging torrent. A half hour later, the bridge, which had sheltered them only moments before, collapsed as an angry wave of churning water smashed into it.

After marrying and starting a family, he went to Hawaii as a missionary. On Nov. 15, 1941, while conducting a prayer meeting, a breeze filled the room even though the windows and doors were closed and the lights grew dim until they went out. But a brilliant light bathed the person of Dr. Lindsey.

Within moments, everything was back to normal. Dr. Lindsey revealed to the prayer group that the Angel of the LORD had warned him to leave for the U.S. on the very next ship, for in the first week of December, Japan would launch a surprise attack on Pearl Harbor. He immediately contacted the military authorities at Pearly Harbor, but their opinion was that there was not a chance that Japan would attack, and that surely he must have had a bad dream. He returned with his family to the U.S., and true to the Angel’s timely warning, the surprise attack came right on schedule.

In 1947, a storm in southern Georgia completely destroyed a huge Gospel tent Dr. Lindsey was using in his evangelistic work. He was critically injured when one of the center poles knocked him off the platform. During a four day hospitalization in which physicians regarded him as well as dead, he experienced one of the strangest events of his life. To all appearances he was lifeless, with no sign of a pulse or breathing: however, he remembers being aware of all that doctors said and did, although unable to move even an eyelid.

During the second day, through closed eyes, he saw a beam of sparkling white light streaming through the ceiling, which immediately lifted him out of his body. As he looked back, he could see his physical form lying on the hospital bed, and he thought that the end had come for him. However, he was aware of new freedom. All the pain was gone. Peace flooded his soul. Thus began an amazing tour which took him into the realms of the beyond, with an Angel of the LORD as his guide and teacher. He beheld indescribable grandeur’s and beauty beyond mortal understanding.

From this vantage point, he could see the earth below and observed that in all of God’s creation, it was the only planet out of tune with melody of the Universe.

Among the many glorious truths revealed to him during his tour of the heavenlies, he was shown the catastrophe soon to befall our beloved country and the entire world.

Simultaneously atomic explosions covered the earth. Intense heat destroying most of the civilized world as we know it today. But this atomic fire had a cleansing effect upon the earth as well, purifying it of much that was harmful.

Only too soon it seemed, Dr. Lindsey’s unusual journey was over and he saw himself returning to his physical form lying on that hospital bed, but now the injuries were miraculously healed. He could see the doctors standing around amazed and dumbfounded. Not a trace of his wounds remained.

In September of 1958, Dr. Lindsey was ministering to the Full Gospel Taberncle in Sacramento, California. he had been fasting and praying for several days. He suddenly felt a flood of power saturate his body. His mind became clear as crystal and his vision expanded until he beheld the planet earth spinning in space. Events of the future unfolded before him.

He indicated that a new day was dawning and “soon the kingdoms of this world shall become the KINGDOMS OF OUR GOD AND HIS CHRIST.”(See Rev. 11:15) But before that glorious day is ushered in, many events are yet to take place. He then quoted the prophecy of Jesus. “For nation shall rise against nation, and kingdom against kingdom, and there shall be famine, and pestilence’s, and earthquakes, in diverse places.”(Matt Chapter 24)

He reminded the congregation that it is the function of the Holy Spirit to open our understanding of not only the past and the present, but the future as well. “When He, the Spirit of Truth is come, He will teach you all things, and show you things to come.” (John 16:13)

He then detailed scores of specific events to be fulfilled from year to year for the following ten years up through the year 1968. Many of these prophecies have been literally fulfilled in precisely the year indicated. Verification of the fulfillment of these prophecies has not yet been obtained, for in many cases they deal with scientific discoveries which because of their nature, would be immediately classified “top secret” in the interest of national security.

Beyond 1968, two major events are predicted; however, Dr. Lindsey was not given to know just when they would occur. In previous ages God in His mercy warned these who loved and served Him of coming disasters.

Surely the LORD God will do nothing except he revealeth his secret to his servants the prophets. Amos 3:7

In the day of Noah, God’s warning was heard, but the people refused to heed the message. Likewise in this day God is warning his people through these visions and revelations, the clearest warning of all will come exactly one year before the greatest disaster of modern times strikes the earth.

This prophetic warning will come in the form of three signs. These three events will occur in different parts of the world at the same time: Australia will experience its greatest earthquake. A volcano will erupt in the Mediterranean Sea, resulting in a huge tidal wave. A minor earthquake will occur in California causing only negligible damage, but it will crack walls in both the city halls of Los Angeles and San Francisco.

Exactly one year from the simultaneous occurrence of these three events, a great convulsion will shake the whole earth. In California, the San Andreas fault will split and the land west of it will sink into the ocean. This will create 150 feet tidal waves which will encircle the world, inundating most coastal cities of the earth. Huge cracks will appear in the ground. Many volcanoes will erupt. The whole earth will shake. Believing that the United States is helpless to defend herself, the Communist Block will launch their atomic rockets upon the free world. The attack will last for three and one half days.

In the after math of this calamity, out of Syria will come a man with a plan of peace, which the whole world will accept and total peace will reign for three and one half years, with undreamed of progress being made in the greatest reconstruction program ever undertaken by the human race.

A relatively small group of faithful followers of Jesus Christ have come through all these calamities unharmed, for the protecting hand of Almighty God was upon them. Now they are free to proclaim the message of the Kingdom with great power and anointing with no interference. (Rev. 9:4: Ez. 9)

At the conclusion of these three and one half years, this man of Syria who is really the “Man of Sin”, the “Anti – Christ” will impose Martial Law upon all nations. The identification mark, No. 666 will be required of every man before they will be permitted to buy or trade. (Rev. 13) This, of course, will bring into clear focus this small group of faithful servants of Jesus Christ, numbering one gross thousand, who are proclaiming the message of the Kingdom. They will refuse to take the mark of the AntiChrist and therefore will not be allowed to buy or sell.

But God wil do with them as He did with the children of Israel in the desert. Heavenly Manna will feed them. Eventually, all who refuse to accept the mark will be persecuted. Many will die, others will flee to the wilderness and seek refuge with the company of the True Church, where she has been established by obeying the warnings and signs prior to the great disaster. Here she abides secure under the shadow of the Almighty. (Rev. 12)

The Man of Sin, will declare all out war upon these two groups, the Man child group of the one gross thousand and the True Church in the Wilderness. These two “witnesses” will be slain and left lying in the streets for thre days, after which time the Spirit of God will enter into their bodies, and raise them up into IMMORTAL CREATURES of God’s Kingdom.

Because of this resurrection miracle, millions will obey the message of the Kingdom. (Rev. 11)

At the conclusion of another three and one half years, Jesus Christ will personally return to this Earth to sit upon His rightful throne as King of Kings, and LORD of Lords. The dead in Christ will be resurrected and those who are awaiting His coming will be caught up to meet Christ in the air. (Rev. 19)

The forces of Antichrist will be chained and helpless while God’s faithful witnesses will help restore the earth to its Eden like paradise, as God originally intended it to be.(Rev. 20)

Amos 3:7 Surely the LORD God will do nothing, but he revealeth his secret unto his servants the prophets.

2Ch 20:20 …..Believe in the LORD your God, so shall ye be established; believe his prophets, so shall ye prosper. 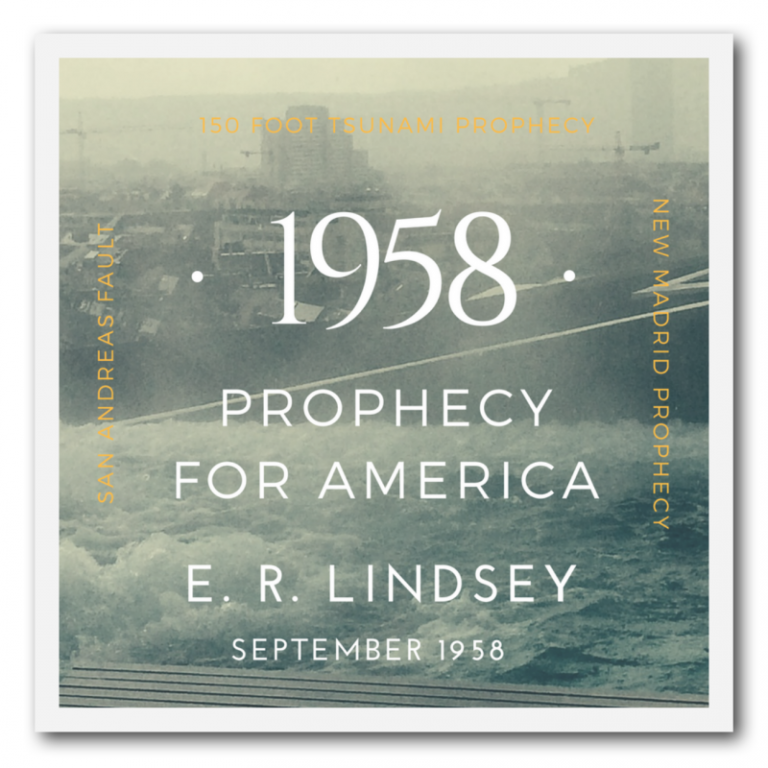