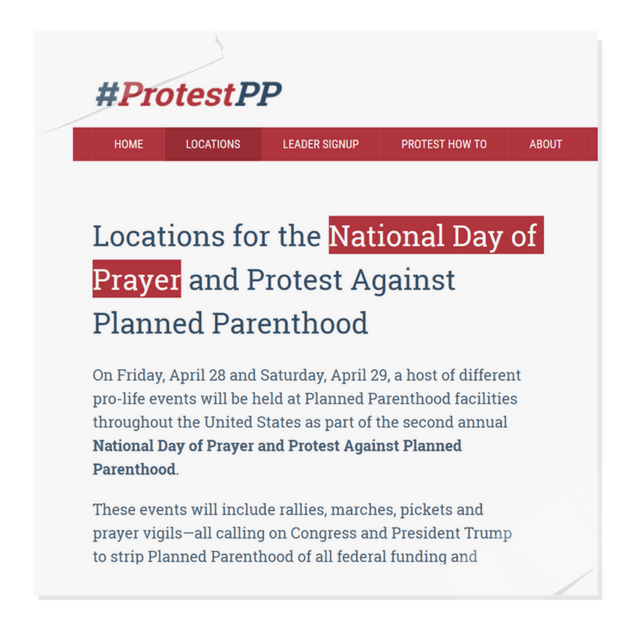 These events will include rallies, marches, pickets and prayer vigils—all calling on Congress and President Trump to strip Planned Parenthood of all federal funding and reallocate those funds to health centers that help disadvantaged women without destroying human life through abortion.

So far, leaders have stepped forward in 151 locations in 38 states. Sites will be added regularly in the coming weeks as leaders sign on, so check back here frequently if you do not see an event in your area—or fill out the Leadership Sign-Up Form to organize a vigil, rally or protest in your community. 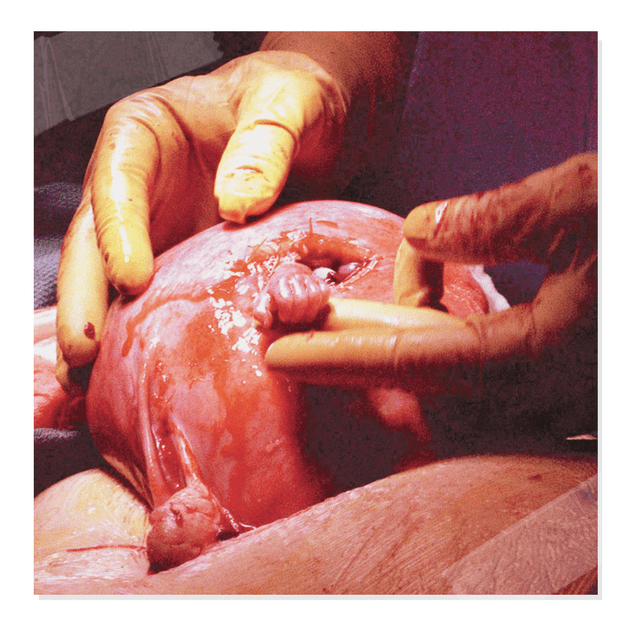 The picture is that of a 21-week-old unborn baby named Samuel Alexander Armas, who is being operated on by a surgeon named Joseph Bruner. The baby was diagnosed with spina bifida and would not survive if removed from his mother’s womb. Little Samuel’s mother, Julie Armas, is an obstetrics nurse in Atlanta. She knew of Dr. Bruner’s remarkable surgical procedure. Practicing at Vanderbilt University Medical Center in Nashville, he performs these special operations while the baby is still in the womb.

During the procedure, the doctor removes the uterus via C-section and makes a small incision to operate on the baby. As Dr. Bruner completed the surgery on little Samuel, the little guy reached his tiny, but fully developed, hand through the incision and firmly grasped the surgeon’s finger.

In a Time Europe article highlighting new pregnancy imagery that show the formation of major organs and other significant evidence of the formation of human life but a few days after conception.

Dr. Bruner was reported as saying that when his finger was grasped, it was the most emotional moment of his life, and that for an instant during the procedure he was just frozen, totally immobile.

The photograph captures this amazing event with perfect clarity. The editors titled the picture, “Hand of Hope.” 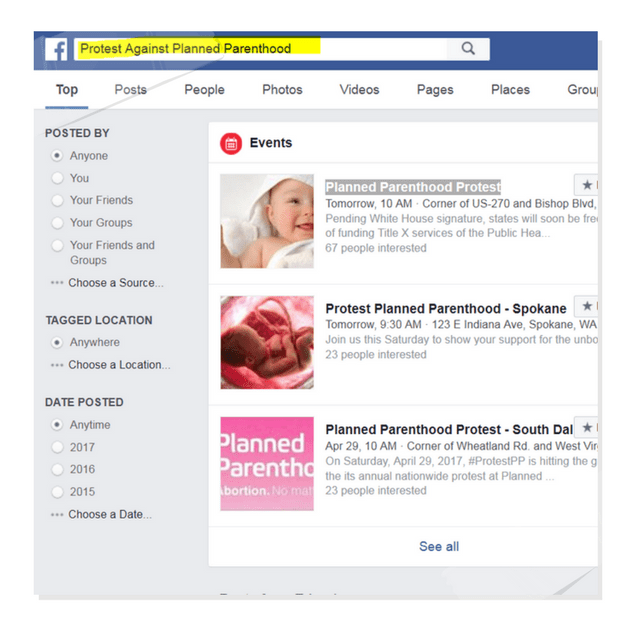 Simply search in facebook to find gatherings near you