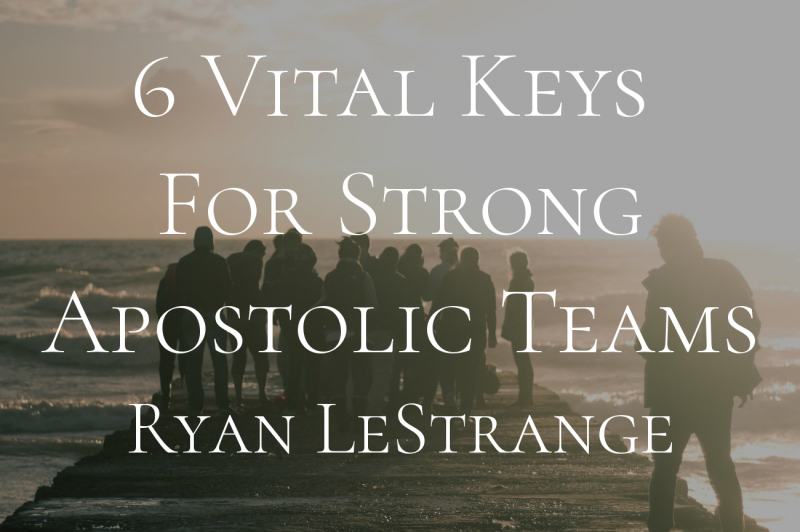 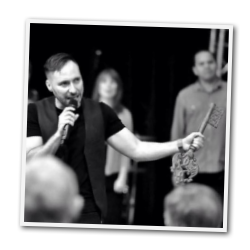 One of the chief foundations of this global move of God is the Team paradigm. God is establishing powerful ministry teams to fulfill powerful apostolic mandates. They are being sent on assignment to regions and territories to break open the difficult places and release the full thrust of the Kingdom.

1)Proper position! For each assignment & gift there is an anointing. Each member of the team must stay in their lane and not attempt to operate in a dimension that they are not graced for. Pride and misunderstanding of rank/assignment can pull a person into a “title” or office that they are not empowered for.
2)Humility and honor. Humility lays down ego driven living and is secure in The Father’s love and approval. It is a full surrender. Pride always pulls us out of our most effective place in God and into our own dead works. Apostolic teams require humility and honor for each member. There is not one gift or anointing that is more important though there are different ranks and measures of rule. A kingdom perspective keeps the focus on the overall goal.

3)Mutual submission. Submission means to “come under the mission”—the team must keep the mission as the primary focus. Their is no time for personal agendas or preferences. This means that each team member is submitted to the team plan.

4)Confront wounds & rejection. Unresolved inner wounds and past rejection can create a toxic filter where every thought and action of another team member is viewed through a broken lens. Team ministry often forces people to face hard truths about their own need for personal healing and deliverance.

5)Submission to team leader. As we examine the team flow in the early church we typically see an apostolic leader as the final authority within the team. God grants a measure of wisdom to apostles to lead teams and stay focused on the overall goals.

6)A bond of love. Effective teams are knit together in the spirit and bonded by covenant love. Love sacrifices and when people truly love each other they are serving and helming each other. Love unlocks realms of power and easily overlooks flaws! Love will go the distance.

Acts 16:4-5- Now while they were passing through the cities, they were delivering the decrees which had been decided upon by the apostles and elders who were in Jerusalem, for them to observe. 5So the churches were being strengthened in the faith, and were increasing in number daily.

July 30
As I was in prayer The Lord began to speak to me about moves of God. He reminded me that each move has it’s own unique expression. We can look back at various eras of history and there is music that is birthed to give expression to the mood of the culture at that time. The same is true in the realm of the spirit. Different moves release different expressions—different structures, sounds and cultures. This is one of the things that the enemy fights so hard. People get stuck in the various expressions (sounds, terminology, music & methods) of the last move and they resist anything that sounds or functions differently.

The ForeRunner spirit goes out ahead! It plows open new dimensions, releases fresh paradigms and longs for the next move of God. I see ForeRunners being raised up in this hour in the apostolic unlocking the concepts, paradigms and language of this current move. They are receiving heavenly downloads and giving voice to new expression. I see prophetic innovators who are revealing Jesus in this current move and giving expression to His heart in this hour. They are creating climates and cultures that manifest the Kingdom in all of it’s glory. I see ForeRunner worship pioneers who are unlocking the sounds and flow of this hour. The worship in this move is a unique intermingling of the prayer room, prophetic sounds and apostolic authority! It not only sounds different but it creates a different environment.

There is manna for this move! There is a revelatory realm that is being unlocked and released to the people of God. This is a revival that is fueled by revelation. We are not just entering a moment but giving birth to a movement! Movements are fueled and governed by revelation. There is a realm of teaching and preaching with heavenly insight and apostolic authority that releases a breaker anointing and crashes through the opposition. I say: Father release The SOUNDS!!! Release the heavenly sounds in worship, release the paradigms, release the manna, release the ForeRunners. We are hungry!!! We have never been this way before but we EMBRACE the change and we RECEIVE the expression. We are sojourning on into the UNKNOWN and receiving the BREAKTHROUGH.