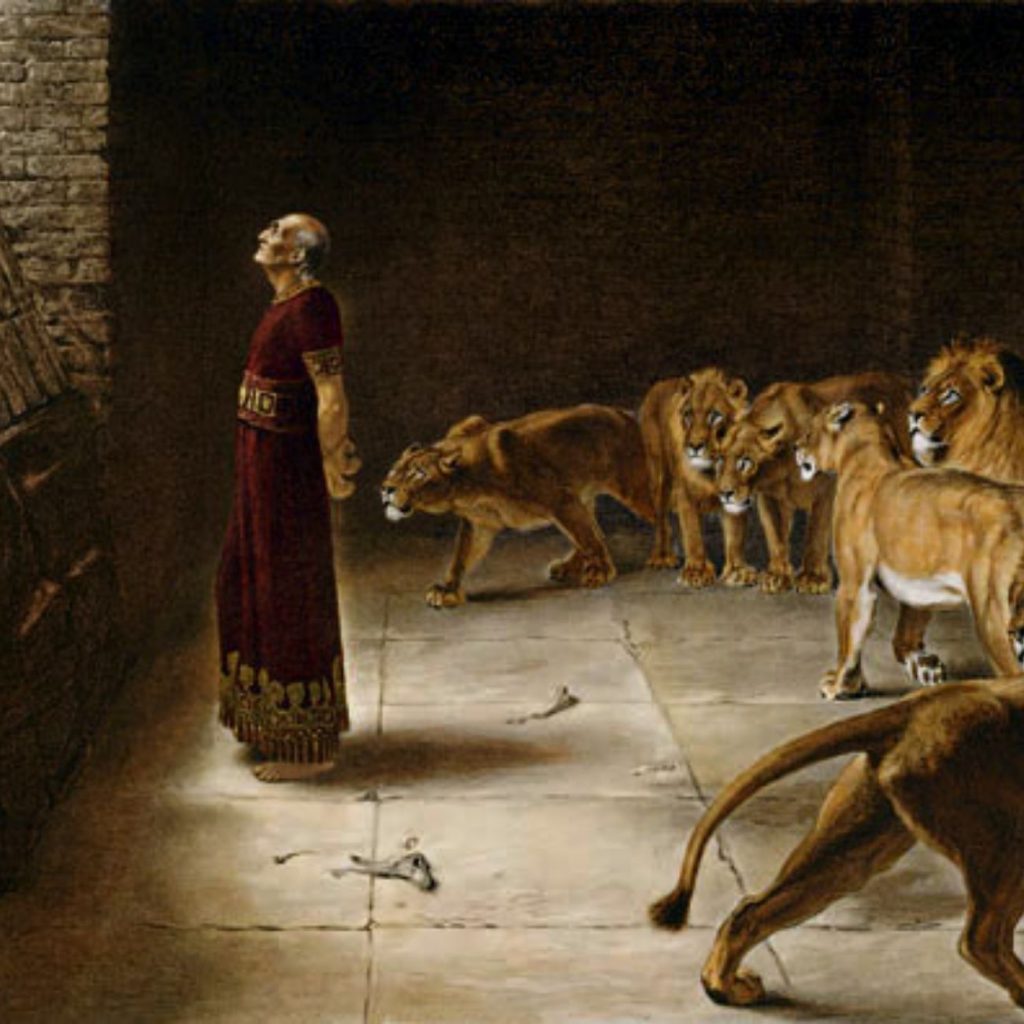 Being Like Daniel; The Key Lessons From Daniel. There are some very Key Lessons and Points that can be derived from Daniel (The Book of Daniel):

1-Being Firm in Seeking To Please The LORD; Regardless of The Environment or The Situation or The Circumstance.

=====Meaning, ensuring that our Main aim should always be on Pursuing Righteousness before The LORD.

=====Daniel and his friends Shadrach, Meshach and Abednego Chose Not to defile themselves with what the Babylonian System had to Offer. For The Babylonian system was deeply rooted in Occultic Practices and Idolatry, that were against The Ways and The Requirements of The LORD God Almighty (The Holy One of Israel).

Daniel 1:5-8 ‘“And the king appointed for them a daily provision of the king’s delicacies and of the wine which he drank, and three years of training for them, so that at the end of that time they might serve before the king. Now from among those of the sons of Judah were Daniel, Hananiah, Mishael, and Azariah. To them the chief of the eunuchs gave names: he gave Daniel the name Belteshazzar; to Hananiah, Shadrach; to Mishael, Meshach; and to Azariah, Abed-Nego. But Daniel purposed in his heart that he would not defile himself with the portion of the king’s delicacies, nor with the wine which he drank; therefore he requested of the chief of the eunuchs that he might not defile himself.”’

=====We need to always have the Posture of Humility: Humility that comes from deep within us.

=====Daniel and his friends Shadrach, Meshach and Abednego opted to maintain their Humility by eating Vegetables, and thereby foregoing the Royalty Delicacies.

Daniel 1: 11-13 ‘“So Daniel said to the steward whom the chief of the eunuchs had set over Daniel, Hananiah, Mishael, and Azariah, “Please test your servants for ten days, and let them give us vegetables to eat and water to drink. Then let our appearance be examined before you, and the appearance of the young men who eat the portion of the king’s delicacies; and as you see fit, so deal with your servants.”’

3-Daniel and His Friends Knew That They Were in Captivity and That Being Taken To The King’s Royal Palace Did Not Mean That They Had Been Set Free; They thus opted to undertake a Fast, instead of a Celebration that was Offered to them.

=====They undertook The Fast instead of The Celebration, so as to Seek The LORD; Him who Indeed Truly Sets The Captives Free. Hence, The Vegetable & Water Only Fasting, instead of indulging in Alcoholism and Defiled Royal Delicacies.

John 8: 34-36 ‘“Jesus answered them, “Most assuredly, I say to you, whoever commits sin is a slave of sin. And a slave does not abide in the house forever, but a son abides forever. Therefore if the Son makes you free, you shall be free indeed.”’

4-Seeking The LORD Deeper in Fasting, Prayer, Reading His Word, Humility, Holiness (Separation), Righteousness and Worshiping Him in Spirit & in Truth, normally leads to The LORD imparting His Wisdom upon His Faithful Sons and Daughters.

=====This thereby leads to a deeper understanding and insight, as The LORD reveals Mysteries and expands Ones Understanding, as the LORD imparts His Wisdom, Knowledge and Revelation.

This The LORD also does through Dreams and Visions.

Daniel 1:17 ‘“As for these four young men, God gave them knowledge and skill in all literature and wisdom; and Daniel had understanding in all visions and dreams.”’

Daniel 1: 19-20 ‘“Then the king interviewed them, and among them all none was found like Daniel, Hananiah, Mishael, and Azariah; therefore they served before the king. And in all matters of wisdom and understanding about which the king examined them, he found them ten times better than all the magicians and astrologers who were in all his realm.”’

Jeremiah 33:3 ‘“Call to Me, and I will answer you, and show you great and mighty things, which you do not know.”’

5-The LORD will always Raise and Uplift His Faithful Sons and Daughters; for The Glory and Honour of His Mighty Name.

=====They thus Do Not need to Raise themselves, but The LORD Himself Raises them and Uplifts them; at His Perfect Timing, according to His Perfect Plan and Perfect Will.

=====The LORD will thus institute such things like Promotions, Progress and Favour upon them.

Daniel 2: 46-49 ‘“Then King Nebuchadnezzar fell on his face, prostrate before Daniel, and commanded that they should present an offering and incense to him. The king answered Daniel, and said, “Truly your God is the God of gods, The LORD of kings, and a revealer of secrets, since you could reveal this secret.” Then the king promoted Daniel and gave him many great gifts; and he made him ruler over the whole province of Babylon, and chief administrator over all the wise men of Babylon. Also Daniel petitioned the king, and he set Shadrach, Meshach, and Abed-Nego over the affairs of the province of Babylon; but Daniel sat in the gate of the king.”’

Daniel 1:9 ‘“Now God had brought Daniel into the favor and goodwill of the chief of the eunuchs.”’

6-The LORD will always Fight for His Faithful Sons and Daughters:

=====The LORD will always Fight for His Faithful Sons and Daughters, wherever they are and in whatever Situation or Circumstance they find themselves in.

=====When Daniel was dumped into Lions’ den, The LORD did not allow The Lions to devour him; For The LORD Fought for Him.

=====When Shadrach, Meshach and Abednego were thrown into the Burning Fiery Furnace, for Refusing to bow to the idol Golden image of The Babylonian King Nebuchadnezzar, The LORD Jesus Christ Himself Fought for them, and they were Not hurt at all in the Fiery Burning Furnace they had been thrown into.

Daniel 6: 18-23 ‘“Now the king (Darius) went to his palace and spent the night fasting; and no musicians were brought before him. Also his sleep went from him. Then the king arose very early in the morning and went in haste to the den of lions. And when he came to the den, he cried out with a lamenting voice to Daniel. The king spoke, saying to Daniel, “Daniel, servant of the living God, has your God, whom you serve continually, been able to deliver you from the lions?” Then Daniel said to the king, “O king, live forever! My God sent His angel and shut the lions’ mouths, so that they have not hurt me, because I was found innocent before Him; and also, O king, I have done no wrong before you.”’

and Baptize me with the Power of the Holy Spirit