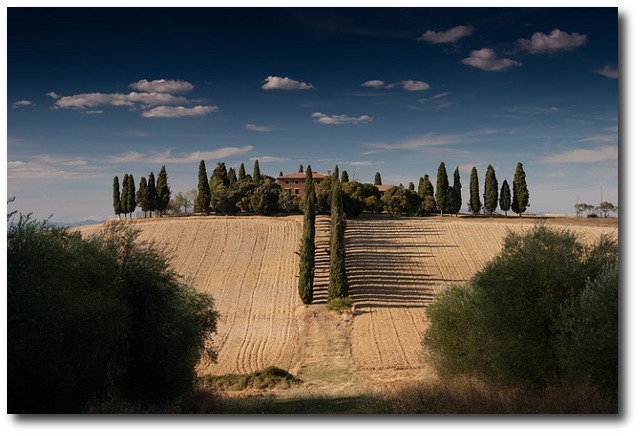 We invite you to read along with us and enrich your understanding of the Bible by discovering Torah truths in this portion that will be read in synagogues around the world on Shabbat
PARSHA BEHAR (On the Mount) Leviticus 25:1–26:2; Jeremiah 32:6–27; Luke 4:16–21
“The Lord said to Moses at Mount Sinai, ‘Speak to the Israelites and say to them: ‘When you enter the land I am going to give you, the land itself must observe a Sabbath to the Lord.’” (Leviticus 25:1–2)
Last week, Parsha Emor emphasized that the kohanim (priests), who formed a holy order in the Temple, are called to a greater measure of holiness than the Levites and the rest of Israel. It also described the essential festivals that God calls His feasts, which included the Sabbath.
This week, in Parsha Behar God gives Moses the law of the Shmitah (literally, release but commonly translated Sabbatical Year), which will begin this September on Rosh HaShanah (Jewish New Year).
This law is related to the pattern or rhythm of seven in Scripture. Here are a few instances:
Seven is the number that celebrates the sacred purpose of infusing holiness into the whole of Creation. (Jewish Wisdom in the Numbers)
And while most people are aware of the seven day cycle of the Shabbat, and the holiness it infuses to the week, few realize that God instituted a yearly cycle of seven for the Holy Land.
Just as we are to work for six days but rest on the seventh, the land is to be sown and harvested for six years. In the seventh year, the land is to have its Shabbat year of rest—its Shmitah.

In the year of Shmitah, it is not unusual to see a sign posted next to their weedy, unkempt garden that reads “In honor of the year of Shmitah, our Gan is not tending our gardens.”
This is a beautiful sight, reminding us of the uniqueness of living in the Holy Land.
Of course, this law involved more than allowing the land to rest. During the Shmitah, the Israelites were to make some agricultural and economic adjustments in order to rest and take the time to learn about the Lord.
It was not only a time of physical rest, saving both the land and the people from exhaustion, it was a time of spiritual refreshment:

“At the end of every seven years, in the year for canceling debts, during the Festival of Tabernacles, when all Israel comes to appear before the Lord your God at the place He will choose, you shall read this law before them in their hearing. Assemble the people—men, women and children, and the foreigners residing in your towns—so they can listen and learn to fear the Lord your God and follow carefully all the words of this law. Their children, who do not know this law, must hear it and learn to fear the Lord your God as long as you live in the land you are crossing the Jordan to possess.” (Deuteronomy 31:10–13)

There was also an element of benevolence or social justice in this holiday since debts were to be forgiven, and the poor could pick the produce that grew without the land being worked.
Since the upcoming Jewish year (5775) is the Shmitah Year, many observant Jews here in Israel are grappling with how to renew the relationship of the Torah with the Land.
In fact, Israel is currently discussing ways to introduce debt forgiveness for the poor.

“This is a tremendous opportunity to implement the central idea of the Shmitah—that every person can begin his life anew every seven years with a new slate,” said Deputy Religious Services Minister Eli Ben-Dahan. (JPost)

“I’m speaking specifically about the weak sectors of the population to enable them to begin the next seven years without the burden of debt.”
While the Torah’s Shmitah law may seem to some people archaic and irrelevant today, or even radical, the fact that Israelis are currently pondering how to embrace it is truly evidence that a great miracle has happened here: Israel is back in the Land after 2,000 years of exile!

The Year of Jubilee: the Redemption of the Land

“Count off seven Sabbath years—seven times seven years—so that the seven Sabbath years amount to a period of forty-nine years.… Consecrate the fiftieth year and proclaim liberty throughout the land to all its inhabitants.” (Leviticus 25:8,10)

The seven-year Shmitah cycle accumulated in sets of seven (49 years) and culminated in the Yovel (The Year of Jubilee).
Every 50th year, both the land and the people rested.
This is a very special appointed time of freedom and liberty that is sanctified, set apart or holy (kadosh) to the Lord.
It was proclaimed throughout the land with the blowing of the shofar on the Day of Atonement.
With the blast of the shofar, Hebrew slaves were freed and debts were forgiven.
And while the land was left uncultivated, as in the Shmitah year, in the Yovel year, hereditary property was returned to its original family, even if it had been sold because of misfortune, poverty, or to pay off a debt.
In fact, at any given time, the proximity of the Jubilee determined the value of a person’s land. If it were just a few years away, the land would sell for less since it would soon be returned to its rightful owner.
In other words, though land could be sold, it could only be sold for a limited period of time.
Although this type of land ownership may seem foreign and impractical, the intent of this law is to convey the truth that the Lord is the real owner of Israel’s real estate; therefore, it cannot be permanently sold.

“The land must not be sold permanently, because the land is Mine and you reside in My land as foreigners and strangers. Throughout the land that you hold as a possession, you must provide for the redemption of the land.” (Leviticus 25:23–24)

We might liken this concept of land ownership to a lease, with the Jewish People being God’s tenants.
This law was for everyone, rich and poor alike. It was designed to protect the rights of each person and prevented land and wealth from being accumulated in the hands of a rich few, while the majority remained poor.
What’s more, this law really brings home the fact that no one—no leader or politician or individual—has the right to sell, divide or give away God’s land for any reason.
Not even for the purpose of a supposed peace deal with those determined to destroy the Jews in Israel. God will execute His judgment on all those who attempt to divide up His land. (Joel 3:2)

“Houses, fields and vineyards will again be bought in this land.” (Jeremiah 32:15)

Haftarah Behar (the corresponding Prophetic portion) echoes the theme found in the Torah portion of the purchase and redemption of land.
This portion opens with a rather bizarre situation.
King Zedekiah has imprisoned Jeremiah in Jerusalem because he had prophesied the destruction of Jerusalem and the exile of the Jewish People.
Jerusalem is under siege by the Babylonians who will soon overtake the Land. Nevertheless, the Lord tells Jeremiah that his uncle will ask him to purchase his field, and God instructs Jeremiah to accept the offer.

“Buy my field in Anatot, since you have the right of redemption to purchase it.” (Jeremiah 32:7)

This seems like an absurd thing to ask of Jeremiah! What? Buy a field that will soon be Babylonian property? Ridiculous, especially for a man rotting in jail.
But this is no ordinary purchase. It is a prophetic act.
Despite Jeremiah’s accurate predictions of Jerusalem’s destruction, he retains the ability to see hope in the face of desolation.
Even though he knows that the city is about to be destroyed and the rest of the land conquered, in obedience to the Lord, Jeremiah redeems the land.
In doing so, he affirms his faith in the Eternal who promised the redemption of Israel—that houses and fields would once again be bought in the land. (Jeremiah 32:15)
Although it is unlikely that Jeremiah will ever live on that land during his lifetime, this prophetic act displays his refusal to give in to hopelessness.
He trusts in God’s mercy. One day, God will bring His people back home to the Land and to Himself.

“Ah, Sovereign Lord, you have made the heavens and the earth by your great power and outstretched arm. Nothing is too hard for you.” (Jeremiah 32:17)

The exiled people of Israel did rebuild Jerusalem and again inhabited Israel, as God promised. However, after AD 70 they were scattered by the Romans, although a remnant has always remained in the Land.
Yet, God promised that a second time, He would return His people to His land—not from Babylon but from the four corners of the earth to never be dispersed again:

“I will bring my people Israel back from exile. ‘They will rebuild the ruined cities and live in them. They will plant vineyards and drink their wine; they will make gardens and eat their fruit. I will plant Israel in their own land, never again to be uprooted from the land I have given them.’” (Amos 9:14–15)

Our generation is witnessing the fulfillment of the hope of many prophets—the miraculous restoration of the nation of Israel and the regathering of its people from the four corners of the earth.
We have yet to see the fulfillment of the promise that the Jewish People will turn back to God and be re-united in the Land under the sovereign rule of the Messiah, sitting on the eternal throne of His father, David.
Just like in the Year of Jubilee, when debts were forgiven and the Hebrew slaves set free, the day is soon coming when all of Israel will recognize that Yeshua (Jesus) is the Messiah who forgives us and releases (shmitah) us from slavery to sin.

“We know that our old self was put to death on the execution-stake with Him, so that the entire body of our sinful propensities might be destroyed, and we might no longer be enslaved to sin.… so now offer your various parts as slaves to righteousness, which leads to being made holy, set apart for God.” (Romans 6:6, 14)