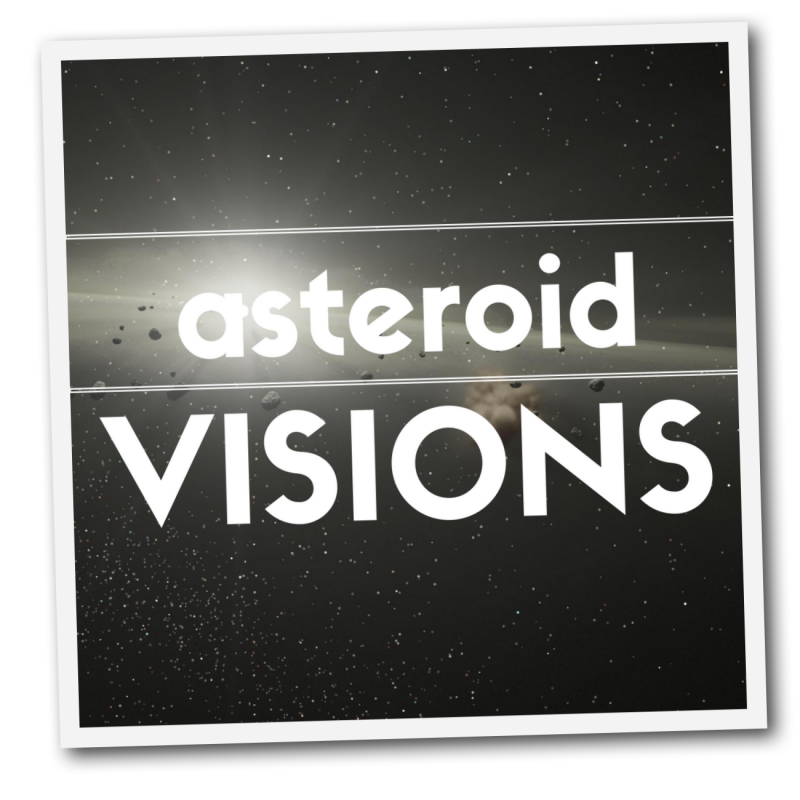 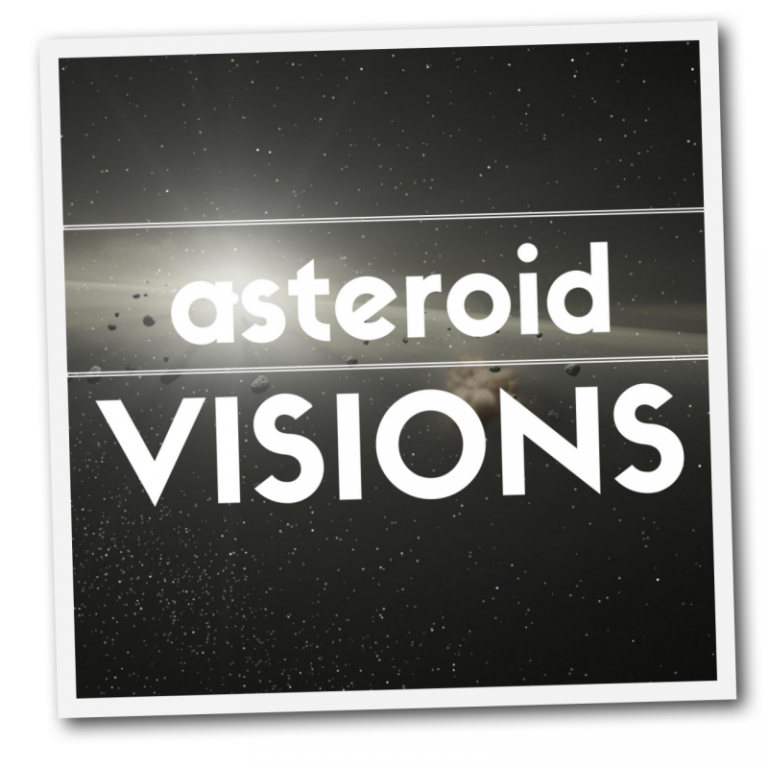 On July 27th God gave me a vision of a huge ASTROID or planet impacting the earth. Something huge moved in front for the sun today. It blocked the sun completely for about a hour on the charts. This was a screen shot that I personally checked it out myself. It started like some kind of eclipse and was completely covered for a hour.

I very seldom remember my dreams & have been in prayer to the Lord about dreams & visions; plus questioning if the Holy Spirit still resided within me for I felt a separation from the Lord. Since this time I have received 2 dreams in one day & I believe that it has to do with the Holy Spirit, but not sure.

2. Took a nap that same day & around 2:43PM woke from the 2nd dream. There were 2 houses, one house was surrounded completely by the ocean (no land) & the other house was in a way being covered by the water. No fear, just comfortable.

“I received a dream of a earth quake and tsunami that hit California back in late 2011 or 2012. I was hovering above the State and could see that the water had came in as far as the edge of the Sierra Nevada Mountains. That major pocket, or valley, that exists right up the edge of the mountains was flooded”

“I had a dream to of Calif. a sunny day, with a gardener watering the plants of a large garden on the coast, and within seconds it was coming in gradually rising catching people by surprise, then panic took over, then the dream switched to lava coming down the volcano, i know not where!”

“I’ve seen this same vision, and the tsunami is also on the East Coast as well. Shalom, Brother! Lots of love to you and everyone else”

I had the same dream about 2 years ago. People were partying on a boat and it got wiped away and the wave went towards a cliff/mountain area and people were running and screaming. I know it was California because I used to live there and some of my friends from California were in it.

When I used to have dreams of the huge tsunami, it was very similar. I remember going toward the mountain region in CA and not even the mountains were high enough to escape it, very serious stuff. 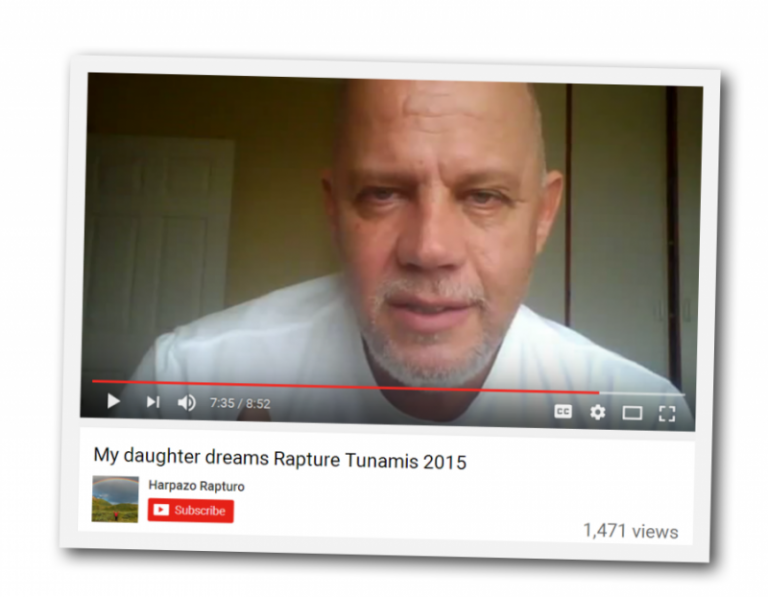 This brother talks about his wifes dream of a tsunami where she is swimming around the statue of Liberty.  She said she identified the exact scene she saw in DEEP IMPACT the movie about the tsunami that hit New York.  He also had dreams about volcanoes  See the dream here

“It started off nice, standing on a city street looking at the ocean. Whales & dolphins were swimming and jumping, all in the same direction, they’re all headed East. They looked amazing, a once in a life time sight. Then I saw bears swimming in that same direction which was odd. I looked to the right and over the sky scrapers I see the water coming over them in the distance. “See more at her blog 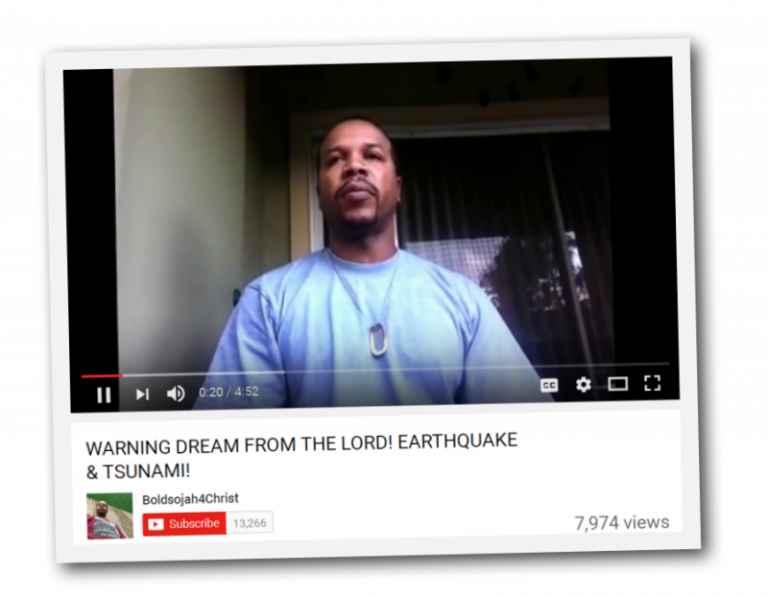 He believes the warning was meant for California.  The Lord then confirmed this with Matthew 24:7. 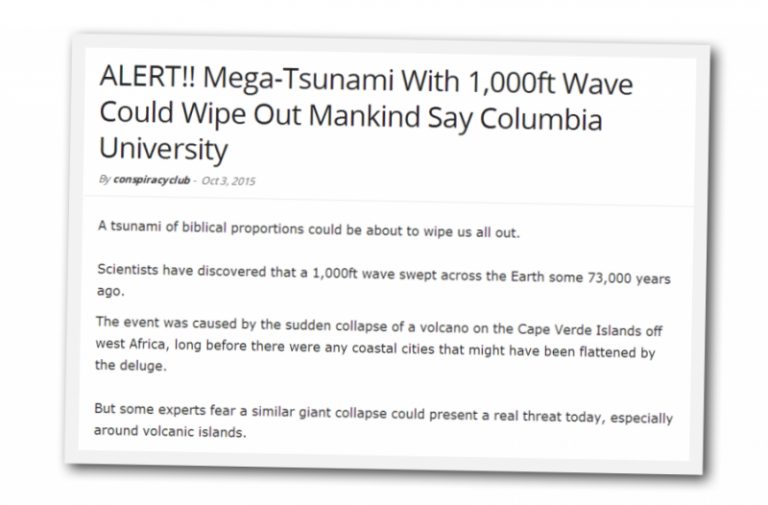 “I was in the beach coast (I think it was the East Coast, but I am not sure) staying on the 3rd floor hotel, when I saw looking down on the beach the water beginning to retreat rapidly into the sea and the seashore becoming dry. I knew instantly it was a tsunami coming. I went down and tried to warn the people telling them they had twenty minutes to get out, but no one believed me. They kept on having a good time in the beach. In the distance I could see people in boats.”

“I went back up to my room, and suddenly I saw boats of all sizes, catamarans and colorful sailboats by the hundreds coming in. People were scared and jumping off their boats as they ran towards the shore with a look of panic and horror in their faces as you could start to see the giant tsunami in the distance making its way towards the beach”.

I believe this tsunami will be a real tsunami, as well as spiritual tsunami of evil that will sweep this nation and the whole world. All the different size boats represent churches, ministries and people in general who are oblivious to the event about to transpire, as they are too concerned with their own churches, ministries and lives to care about it. Although I tried to warn them, my voice was not heeded until it was too late.

Luke 21:25-28 “There will be signs in the sun, moon, and stars; and on the earth anxiety of nations, in perplexity for the roaring of the sea and the waves; men fainting for fear, and for expectation of the things which are coming on the world: for the powers of the heavens will be shaken. Then they will see the Son of Man coming in a cloud with power and great glory. But when these things begin to happen, look up, and lift up your heads, because your redemption is near.”

Psalms 91:9-16 “Because you have made the LORD, who is my refuge, even the most High, your habitation; There shall no evil befall you, neither shall any plague come near your dwelling. For he shall give his angels charge over you, to keep you in all your ways. They shall bear you up in their hands, lest you dash your foot against a stone. You shall tread upon the lion and adder: the young lion and the serpent shall you trample under feet. Because he has set his love upon me, therefore will I deliver him: I will set him on high, because he has known my name. He shall call upon me, and I will answer him: I will be with him in trouble; I will deliver him, and honor him. With long life will I satisfy him, and show him my salvation.”

Augusto Perez had another open vision in January 2012, where he knew he was in the Virginia Maryland area. Augusto saw that the people become aware of something happening out to sea, he looked out and saw something strange taking place in the water and was then suddenly taken up and out over the ocean where he saw a very large and a very deep hole in the sea.

Augusto was able to see down to the sand of the sea bottom and he saw that the water was churning ferociously and he knew it was very ominous. He was then taken back to the shore and placed back on the ground where he began to feel the fear welling up within the people as they became terrified and started running all over the place. He was then taken to a higher location where He was able to observe the water come over the land causing great devastation. 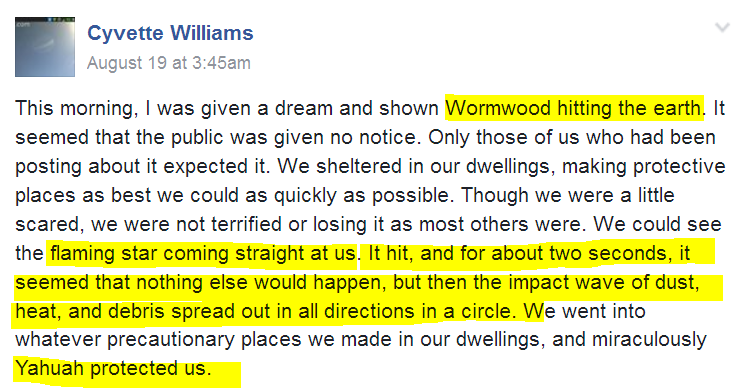 In this video it appears there will be two Atlantic tsunamis, one caused by a ‘space rock’ and the other caused by a mountain in the Canary Islands sliding into the ocean as Bill Larkin was shown in a detailed vision. Bill was shown inundation and destruction on the West Coast and in the Gulf Region. He saw the fires from the Gulf methane disaster that you will hear the woman in the second video speak about. Several have seen the New Madrid set off by a huge explosion in the Gulf. 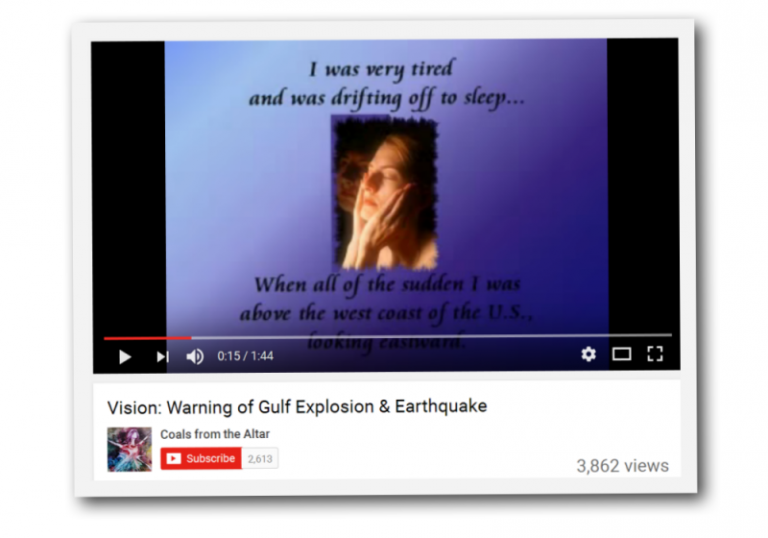 “Published on Aug 22, 2012, A vision I received on July 30, 2010 which warns of some kind of an explosion in the Gulf of Mexico, and an earthquake on the new madrid fault line”

(The person who received the following is unknown)

In my dream I heard someone yell, “Gabriel is blowing the trumpet!” and then after this, I saw a huge meteor or asteroid (not sure what the difference is between meteor and asteroid) coming down to an ocean (it was flying from the right side)…it looks like the Atlantic ocean with tall buildings and skyscrapers…it looks like it could be New York (but that’s just my opinion). I saw the deep impact of the meteor hitting the ocean. Then there was a great earthquake and then I saw graves/coffins popping up everywhere. I ask the people around me, “Is this the rapture?” and I woke up.

I heard a very loud noise in the spirit realm and when I looked I saw a very dark wall. This wall was so close that I could almost touch it if I reached out to do so. When I asked our Saviour what I was seeing, He told me that this great collision is the collision of great darkness, which is upon the whole world. I asked Him what He meant by this and He told me great wars, spread of terrible diseases, famines, great upheavals in the Earth and great loss of life will come out of this great collision of darkness!

I looked out in space and I saw a very large rock, which is now headed toward the Earth. It is a monster! Then, I looked in the Spirit and saw this great flaming rock again and it was soaring through the atmosphere! It fell in the Atlantic Ocean and appeared to fall just south, to southeast of Bermuda. At that moment, I knew that when this great rock falls, it will cause tidal waves, which will inundate Florida and may very well cause the great flooding, which I have seen in Arkansas. 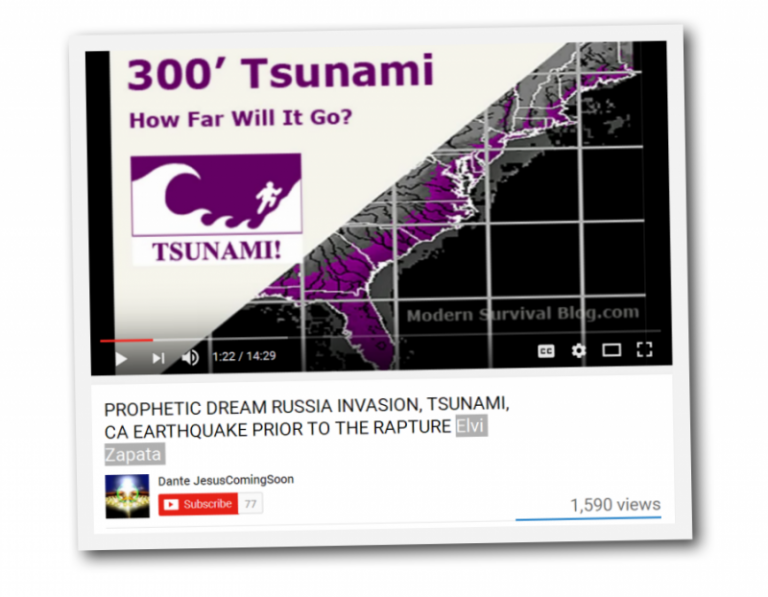 It is very hard to hear this video because it is muffled.  Elvi Zapata talks about Russia attacking the United States.  He believes other nations had joined them as well, which lines up with other prophecies.  The earthquake in California had done great damage he said.  He mentions San Francisco and Chicago were badly damaged.  New York was under water.  He mentions the tsunami is caused by a meteor.  The Lord showed him weeks after these things hit the United States.  This is a very good video

Watch this video below 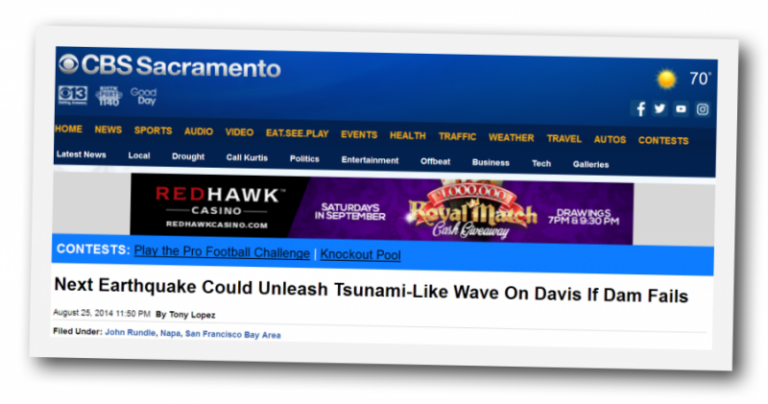 The West Napa Fault has produced seven earthquakes since 1969. While that may not seem like much in the span of nearly half a century, the type of activity the line triggers—a strike-slip motion that triggers a sudden shift—has geologists worried.

That’s because while the Napa earthquake alleviated pressure on one fault line, it may have added pressure to others nearby, including the Berryessa Fault which runs directory under the Berryessa Dam.

“And if that thing lets go and the dam fails, then a wall of water will come cascading through our area,” he said.

The U.S. Geological Survey says a 10-second warning went out before Sunday’s earthquake, but without a fully funded, fully operational early-warning system costing $100 million, we’ll have to be ready without a moment’s notice. 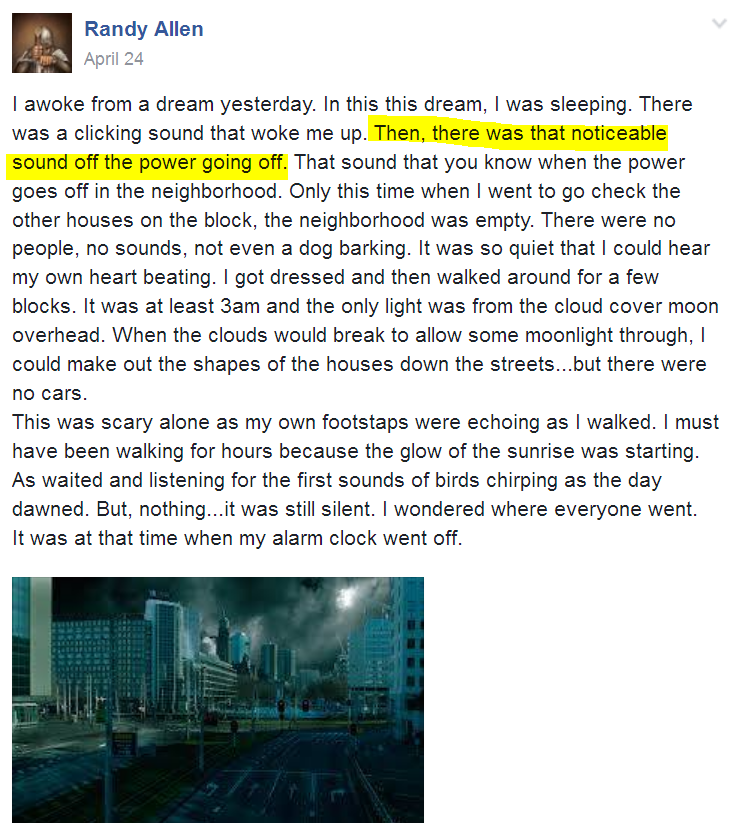