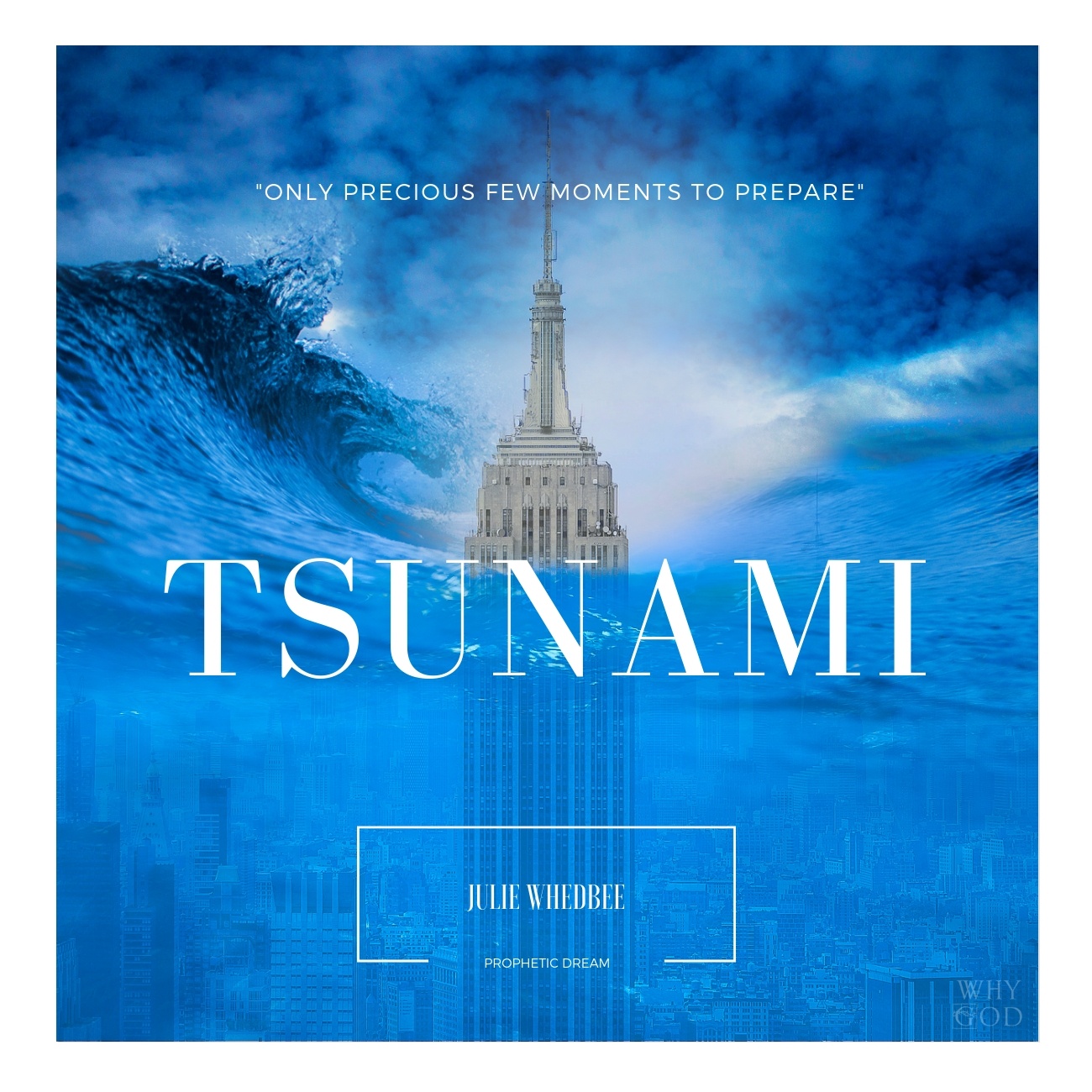 The night of May 11, 2019, I had a short dream of an earthquake and subsequent tsunami. I found myself running to warn my adult children that this was about to happen, and there were only precious few moments to prepare. By the time I had arrived at the home where they were visiting their friends to warn them, until the events happened, was only minutes, literally. We as believers were protected, but the devastation was massive.

I asked Father this morning as soon as I woke up if He wanted to speak to this. He has given me many warnings like this to post, and He has been so merciful in warning us to prepare, first and foremost spiritually, then physically as we are led. I wondered if He is going to continue to warn, because He has already given us so much, but because of my position as a watchman, He reminded me to continue to warn until He tells me to stop, and so I will obey. He has not given me the sequence of what judgments come first, only to be ready at every moment because judgment is set, it is HERE.

WAKE UP! WAKE UP! It has been decreed, what has been sown will now be reaped! The Harvester comes to gather His harvest and the chaff will be thrown into the fire!

REPENT! REPENT! JUDGMENT IS AT HAND!

THE TEMPEST IS HERE! HEAR MY VOICE!

There is only one safe place to be, and this is in the center of My heart and My will. You will find no refuge in the idols of this world. My warnings have repeatedly fallen on the spiritually dead, and I will now act.

To those who are My disciples I say the fuse has been lit, follow the instructions I have given you in your secret place with Me.

Matthew 3:12 King James Version (KJV) Whose fan is in his hand, and he will thoroughly purge his floor, and gather his wheat into the garner; but he will burn up the chaff with unquenchable fire.

Galatians 6:7 Be not deceived; God is not mocked: for whatsoever a man soweth, that shall he also reap.

Matthew 13:30 Let both grow together until the harvest: and in the time of harvest I will say to the reapers, Gather ye together first the tares, and bind them in bundles to burn them: but gather the wheat into my barn.

1 Peter 4:7 But the end of all things is at hand: be ye therefore sober, and watch unto prayer.

Daniel 5:25-27 And this is the writing that was written, Mene, Mene, Tekel, Upharsin.
This is the interpretation of the thing: Mene; God hath numbered thy kingdom, and finished it. Tekel; Thou art weighed in the balances, and art found wanting.

Psalm 62:8 Trust in him at all times; ye people, pour out your heart before him: God is a refuge for us. Selah.