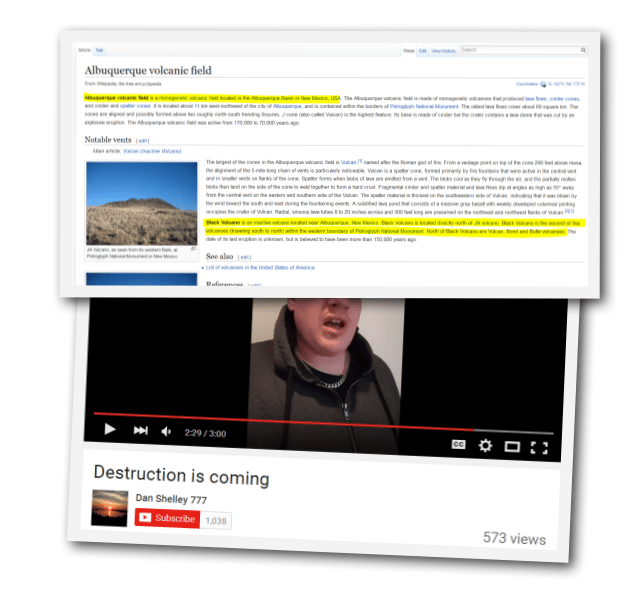 In this video a dream was given where fireballs were raining down on people. He kept hearing the word “Albuquerque”. Could it be a volcano that he was experiencing?

Read more of at wikipedia. See the video here

Susan describes an Island situation near a volcano. She looked up and saw a tarp over her, and this event occurred at night time. Huge melting fire was coming on top of the tarp. See her video here