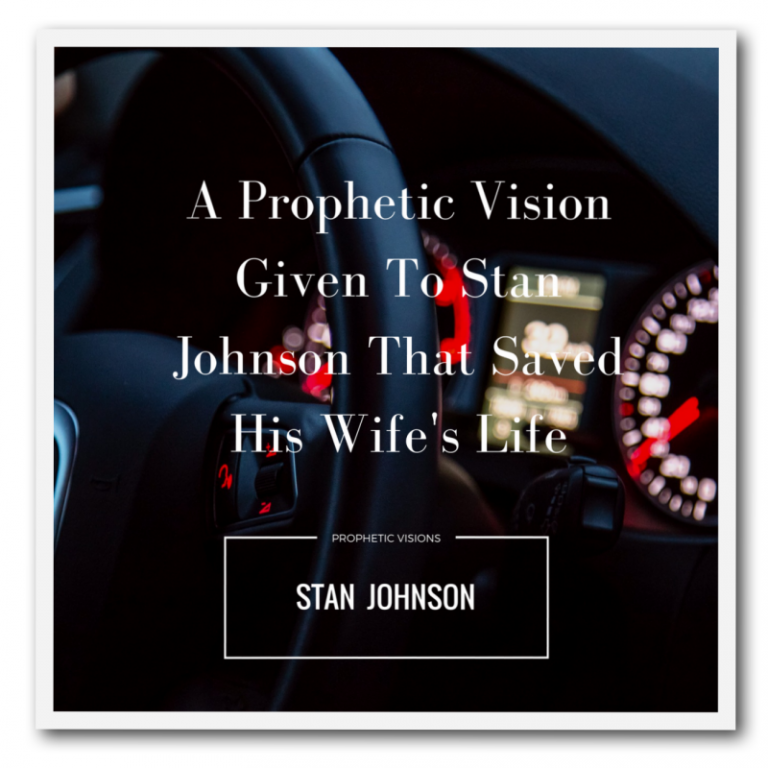 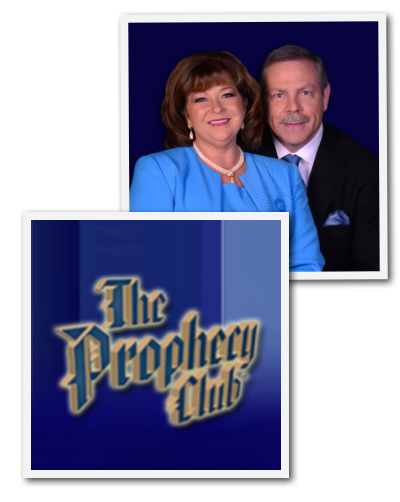 Stan Johnson shared with me two amazing dreams that were given to him that saved him and his wife’s life. If Stan and Leslie didn’t act on these dreams, their lives could have turned out differently.

You are going to find both of these dreams inspiring because they show that when you have a relationship with God, He can speak to you about personal events in your life.

God knows the end from the beginning…and He does give advanced warnings through dreams so you can have advanced warning of an event that could impact your life.  Not all dreams are warning dreams.  He can give dreams and visions of that give you hope and a marker in time to look out for.

Expect God to speak to you as well.

Leslie was out of town so I called her telling her the dream saying I might have to buy two new tires.

I walked into the tire store and the man said, “How can I help you?”

I said, “I am not sure. I am a Pastor and I had a dream that something is wrong with the left rear tire on my car. I would like you to pull both rear tires and see if we can find something wrong. I might have to buy two new rear tires.

“Have you been losing air?”

No, everything is fine.

Upon inspecting both tires the man said, “I can put you two new tires on if you like but they look fine and there is still another 2 to 6 months of tread on them both. How about if I break down the left rear. There may be damage on the inside of the tire.

20 minutes later they called me to the help desk handed me my receipt and keys saying, “You are ready to go.”

I asked what happened and the man explained that once they took the tire off the rim they found a nail in the tire that could not be seen from the outside. They repaired it and I was ready to go no charge!

About that time the original man that helped me walked around the corner and I just pointed at him. He said, “Yeah I know, psychic man psychic!”

I drove of rejoicing and praising the LORD saying, “God man, God!”

This past summer Leslie had backed out of our garage heading to a destination almost 3 hours away. She pulled back into the garage and asked me to get a box of papers and put it in her trunk.

I picked up the box and immediately saw a split-second vision of her trunk. The contents were spread all over as if it had been in an accident!

When I got to the trunk it had only one place clear for me to put the box down and it was exactly as I saw in the vision moments before.

When you pray every day sometimes you wonder if you prayed that day. It may be that both of us had not prayed yet. It was about 11:00 in the morning –or perhaps that day we needed extra prayer.

Leslie walked to her car and I grabbed her and we both prayed for her protection.

An hour later she called all in a panic saying, “This crazy guy passed me going over 90 mph and hit some road debris and it flew up and looked like it was coming through my windshield but instead hit my left front quarter panel putting a hole in the metal and put a gash down the left side of my car!!!”

One could say, “So your vision was false! It didn’t come to pass!!! You are a person of false visions!”