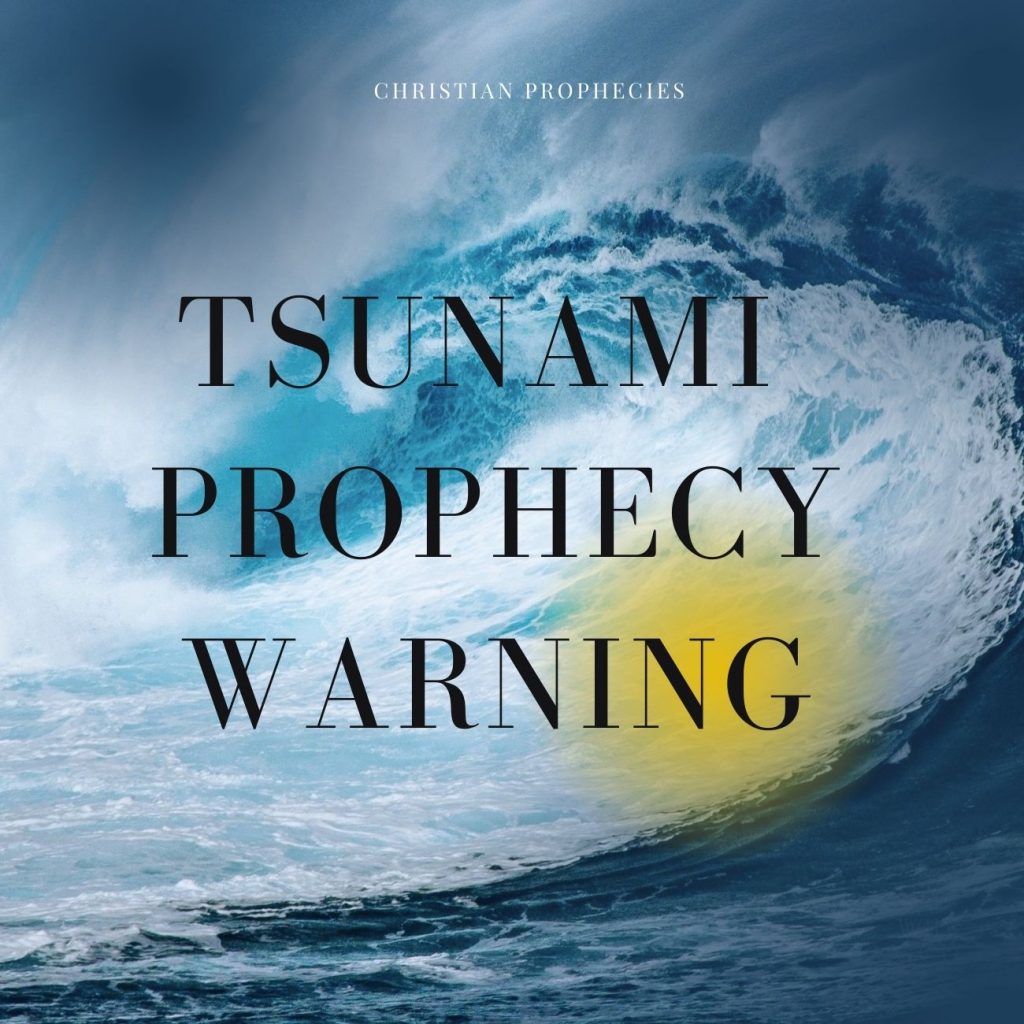 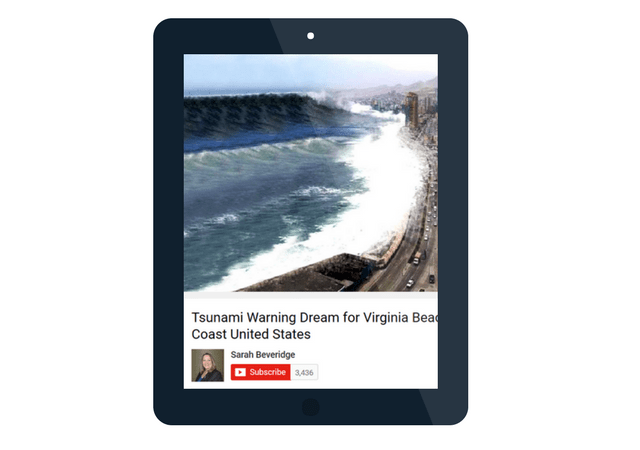 In this video, Sarah Beveridge talks about a tsunami dream that impacted her life.  She sat on the dream for a number of years not knowing what it meant.  She uploaded the dream on her blog on July 2008, and over the years she would see others who would have similar dreams.  She received multiple confirmations but then struggled posting the warning on her blog (http://mygodandyoursjesuschrist.com/) which then God dealt with her with.

Here is small snippet of her talking about the dream on the video:

I took my sister’s hand and I just remember looking down the beach to my left which would have been north, and seeing this wall of water up the entire coastline.

We ducked under the wave and kind of went through the wave and then it popped out on the other side and came out and we were still holding hands and I had just this overwhelming sense that oh my goodness we just escaped death. That was the end of the dream.

Now I believe that it’s about a real tsunami and the reason is because I forgot about the dream for many many years and didn’t really know what it meant. Even at the time I had it, I wasn’t walking with the Lord Jesus, and I didn’t really know about dreams, even though I had dreams. I didn’t really understand them. I didn’t know that God spoke to us through dreams. And then in 2008, when I had an encounter with the Lord Jesus Christ, and was awakened and became born again by his spirit he revealed to me during that year that the dream I had about the tsunami, He brought it to my mind and reminded me of it.