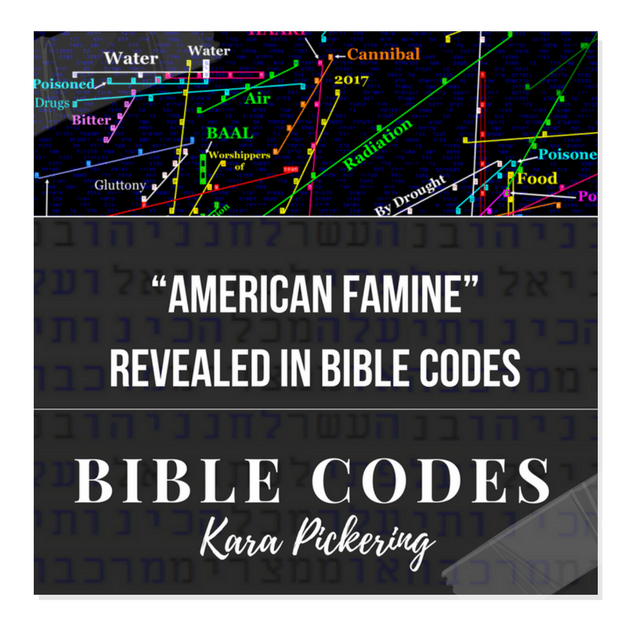 You think that America will never experience hunger? Think again. Famine is coming.

Recently, a 17 page letter written to Michael and Meranda Snyder,  was posted on http://www.whygodreallyexists.com. The author of the letter, Sonja Craighead, chronicled several visions given to her from the Father on various topics, ranging from praying for President Trump to incurable plagues that are coming to America.  The section of the letter that really resonated with me, was of the soon coming famine.

As I pondered the words I had just read, in my spirit I knew that it was true.  The visions given to Ms. Craighead, and many other men and women of faith, such as: David Wilkerson, Heidi Baker, John Paul Jackson, and Jim Bakker inspired the search for “American Famine” in the Bible Codes.  If an American famine is truly going to come to pass, then surely it would be encoded.

American Famine, Drugs, Gluttony, Abortion, Worshipers, of Baal, Divination, Sodomites, They Did Not Listen, To Watchmen

Two heartbreaking phrases intersect in this table:  “They Did Not Listen,” “To Watchmen.”  Please heed the warnings the Father is giving us.