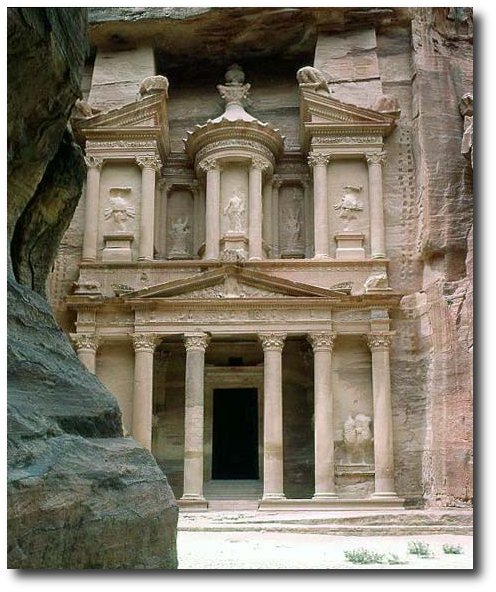 As time goes by Christians have to just smile bigger smiles as more evidence comes out and CONFIRMS the Bible. No other Religion has the evidence that Christianity does. The Old Testament is being confirmed down to the very smallest detail.

Archaeology Confirms The Bible
“It may be stated categorically that no archaeological discovery has ever contradicted a biblical reference.” – Nelson Glueck, a respected Jewish archaeologist

Archaeologist Nelson Glueck has concluded, “no archaeological discovery has ever been made that contradicts or controverts historical statements in Scripture”

Gleason Archer, a scholar of biblical studies and languages of recent years, writes about attributes of the Bible: “As I have dealt with one apparent discrepancy after another and have studied the alleged contradictions between the biblical record and the evidence of linguistics, archaeology, or science, my confidence in the trustworthiness of Scripture has been repeatedly verified and strengthened by the discovery that almost every problem in Scripture that has ever been discovered by man, from ancient times until now, has been dealt with in a completely satisfactory manner by the biblical text itself-or else by objective archaeological information” (Encyclopedia of Bible Difficulties, Zondervan, Grand Rapids, 1982, p. 12).

Frank E. Gaebelein, an eminently qualified author and general editor of The Expositor’s Bible Commentary, has remarked that “the attitude ofsuspended judgment toward Bible difficulties . . . is constantly being vindicated, as archaeology has solved one Biblical problem after another, and as painstaking re-examination of discrepancies has finally led to answers” (The Expositor’s Bible Commentary, Zondervan, Grand Rapids, 1979, Vol. 1. p. 31).

Norman Geisler, professor of theology, summarizes the findings of archaeology: “In every period of Old Testament history, we find that there is good evidence from archaeology that the Scriptures speak the truth. In many instances, the Scriptures even reflect firsthand knowledge of the times and customs it describes. While many have doubted the accuracy of the Bible, time and continued research have consistently demonstrated that the Word of God is better informed than its critics” (Baker Encyclopedia of Christian Apologetics, 1998, p. 52).