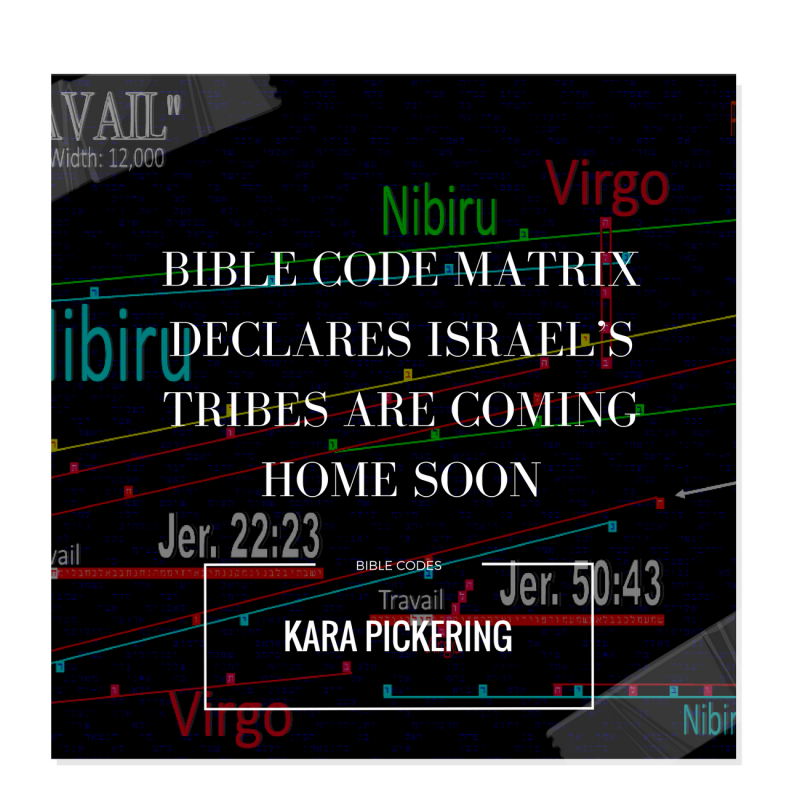 Encoded terms suggest, we may soon be witnessing the Greater Exodus!

While I was searching the “Operation: Deception” matrix, a question was posed: Can the term “woman in travail” be found in the plain text?

Because the Operation: Deception matrix covers a vast portion of the Tanakh, I assumed woman in travail could be found in the plain text.  I sifted through the entire Tanakh for every passage that included those words then highlighted them all.  I felt curiously prompted to change the matrix’s width to 12,000. Like tumblers in a lock, this  simple progression opened an amazing table that I call the “Woman in Travail.”  The table suggests the timing of aliya.

Aliya is a Hebrew term meaning an ascent, specifically, the immigration of dispersed Jews to their ancestral homeland, Israel.  The table is below.

Plain Text References to the “Woman in Travail”:

Below are the plain text verses that appear in the table.  Hover cursor over words, for Strong’s Reference Numbers and Pronunciation.

Jeremiah 22:23- 23O inhabitant of Lebanon, that makest thy nest in the cedars, how gracious shalt thou be when pangs come upon thee, the pain as of a woman in travail!

Jeremiah 50:43- 43The king of Babylon hath heard the report of them, and his hands waxed feeble: anguish took hold of him, [and] pangs as of a woman in travail.

Encoded Text Reference to the “Woman in Travail”:

In addition to the plain text verses, there is an encoded term for woman in travail, כחולה, which is used more than once in this table. This encoded term does not appear in the plain text.  It is a specific word-spelling, found only once in the Bible:  Jeremiah 4:31- 31For I have heard a voice as of a woman in travail, [and] the anguish as of her that bringeth forth her first child, the voice of the daughter of Zion, [that] bewaileth herself, [that] spreadeth her hands, [saying], Woe [is] me now! for my soul is wearied because of murderers.

The encoded terms Nibiru and Virgo are mentioned in the full Operation: Deception matrix. As a supplement to that matrix, this Woman in Travail table likewise contains these terms.  However, a fascinating find is that Nibiru and Virgo are almost nestled together in the table.

The terms are encoded in planes, and the planes of these terms point to the top right corner of the matrix.  Standing back, looking at this matrix, is like looking at a billboard that is directing one’s attention to a specific area.

This area of the matrix declares Israel’s tribes are coming home soon.  This matrix suggests, in my opinion, that their aliyah will coincide with the timing of the unique Revelation 12 sign that will appear in the heavens in 2017.

In other words, the central theme of this matrix the twelve tribes of Israel returning home, around the time of the Revelation 12 sign.

With so much coding evidence of “The Tribes” coming home around the time of the the Revelation 12 Sign, this area of the Matrix causes me to wonder: Will we be witnessing Bible Prophecy unfolding this year, with the Greatest Exodus of the Jewish people coming home from the ends of the earth?