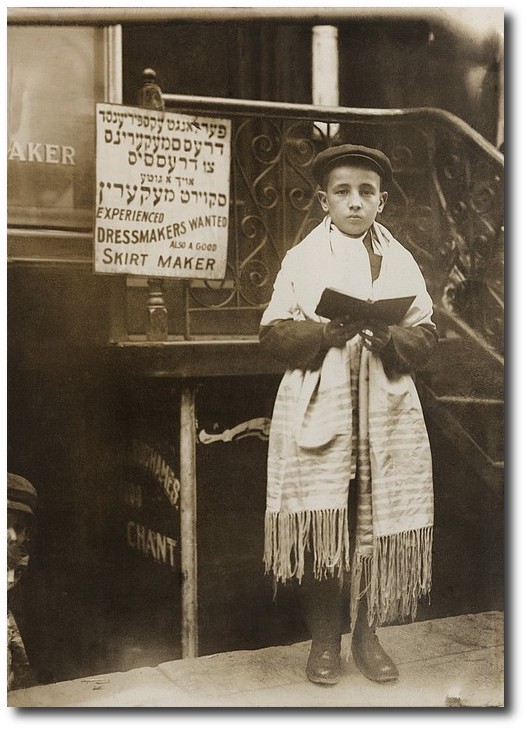 Most people think of Christianity and Judaism as two completely different religions.  But this was never intended to be the case.  In fact, not only did all of the early apostles consider them to be one and the same thing, but Jesus Christ Himself stated that He was a fulfillment and a continuation of God’s covenant.

But unfortunately, the early church leadership in Jerusalem was completely scattered by the destruction of that city in 70 A.D., and from that time forward Christianity started to lose it’s Jewish roots.  The Jews who had not accepted Christ as Messiah went their own way, and Christianity began to become increasingly corrupted by pagan influences, especially after the emperor Constantine legalized (and took much control over) official Christianity in the 4th century.

But now in our time, on the verge of the last days, God is raising up a people who now only have the testimony of Yahshua (Jesus) but who also keep the commandments of God.  According to Revelation 12:17 and 14:12, this is what will characterize the “remnant” in the end times.

But most Christians react very strongly when you tell them this.

After all, can’t we just ignore the commandments of the Old Testament now?

Didn’t Jesus come to set us free from the curse of the Law?

Yes, those who have received Christ are free from “the curse of the Law”.

So what was the curse of the Law?

Was it that God cursed the people of Israel by making them follow the Law?

That would be saying that the Law is a curse, which would only contradict about 1000 scriptures.

No, the curse of the Law was not that they had to follow it, but rather the curse was that they had this great, wonderful, magnificent Law, but none of them could follow it and therefore it made them all guilty.

That is why Christ had to come.

To pay the penalty for our sins and to free us from that curse.

But Jesus did not do away with the Law – instead He always intended for us to keep God’s Laws.

You don’t believe me?

Do not think that I have come to abolish the Law or the Prophets; I have not come to abolish them but to fulfill them. I tell you the truth, until heaven and earth disappear, not the smallest letter, not the least stroke of a pen, will by any means disappear from the Law until everything is accomplished. Anyone who breaks one of the least of these commandments and teaches others to do the same will be called least in the kingdom of heaven, but whoever practices and teaches these commands will be called great in the kingdom of heaven.

You see, most of the time Yahshua (Jesus) spoke in puzzles and riddles, but there were a few times when He was making a point of such absolute importance that He took the time to very slowly and very clearly explain exactly what He meant.

You will notice above that He makes the exact same point three times in a row.

In each sentence He very clearly made the point that His followers are to keep the Law.

In fact, that statement by Jesus in verse 19 is so crystal clear that it is amazing that so many of us missed it for so many years.

Is there any other explanation for verse 19 than that we are supposed to keep the Law?

How do you read it?

Does it not seem very clear?

But what about the apostle Paul?

Didn’t he preach against the Law?

No, he preached against those who said we had to follow the Law to be saved.  We are saved through faith in Christ alone, but that doesn’t mean we chuck out God’s commandments.

As we will see, the apostle Paul certainly understood this distinction.

In Romans chapter 3, he first tells us that salvation is apart from the Law:

But now a righteousness from God, apart from law, has been made known, to which the Law and the Prophets testify. This righteousness from God comes through faith in Jesus Christ to all who believe. There is no difference, for all have sinned and fall short of the glory of God, and are justified freely by his grace through the redemption that came by Christ Jesus.

Then later on in Romans chapter 3 he answers the 64,000 dollar question:

Do we, then, nullify the law by this faith? Not at all! Rather, we uphold the law.

So does our faith in Christ nullify the Law?

In fact, if Paul was against the Law, then why did he keep it even to the last days of his life?

Wouldn’t that make him a massive hypocrite?

The truth is that Paul and all the other early apostles kept the Law.

Just check out these scriptures…..

When they heard this, they praised God. Then they said to Paul: “You see, brother, how many thousands of Jews have believed, and all of them are zealous for the law. They have been informed that you teach all the Jews who live among the Gentiles to turn away from Moses, telling them not to circumcise their children or live according to our customs. What shall we do? They will certainly hear that you have come, so do what we tell you. There are four men with us who have made a vow. Take these men, join in their purification rites and pay their expenses, so that they can have their heads shaved. Then everybody will know there is no truth in these reports about you, but that you yourself are living in obedience to the law.

Keep in mind that Jesus observed the Law when He was here the first time and the scriptures say we will be observing it after He returns.

Now if Jesus intended to do away with the Biblical festivals, then why is He going to be implementing them when He returns?

Zechariah chapter 14 describes the return of Jesus to this earth, and then later in that same chapter it describes how Jesus will REQUIRE the whole earth to observe the Feast of Tabernacles.

One of the most neglected parts of Scripture is Ezekiel chapters 40-48. Those chapters actually describe what life will be like when Yahshua (Jesus) comes back and reigns from Jerusalem. Did you know that Sabbath, New Moon and Passover will all be celebrated when Yahshua (Jesus) reigns of earth for a thousand years?

Just check out these passages…..

“This is what the Sovereign LORD says: The gate of the inner court facing east is to be shut on the six working days, but on the Sabbath day and on the day of the New Moon it is to be opened. The prince is to enter from the outside through the portico of the gateway and stand by the gatepost. The priests are to sacrifice his burnt offering and his fellowship offerings. He is to worship at the threshold of the gateway and then go out, but the gate will not be shut until evening. On the Sabbaths and New Moons the people of the land are to worship in the presence of the LORD at the entrance to that gateway.”

“In the first month on the fourteenth day you are to observe the Passover, a feast lasting seven days, during which you shall eat bread made without yeast.”

In addition, the Bible tells us that Sabbath and the New Moon will be celebrated forever and ever…..

“As the new heavens and the new earth that I make will endure before me,” declares the LORD, “so will your name and descendants endure. From one New Moon to another and from one Sabbath to another, all mankind will come and bow down before me,” says the LORD. ”

You see, the reality is that God instituted the Sabbath on the 7th day of creation, and the above Scripture tells us that we will be celebrating the Sabbath forever and ever.  Nowhere in the Bible does God command that the Sabbath is now to be celebrated on Sunday.

For more in depth Biblical analysis of the festivals, please see these articles…..

The Biblical Festivals In The Torah Are Evidence For The Christian Faith: