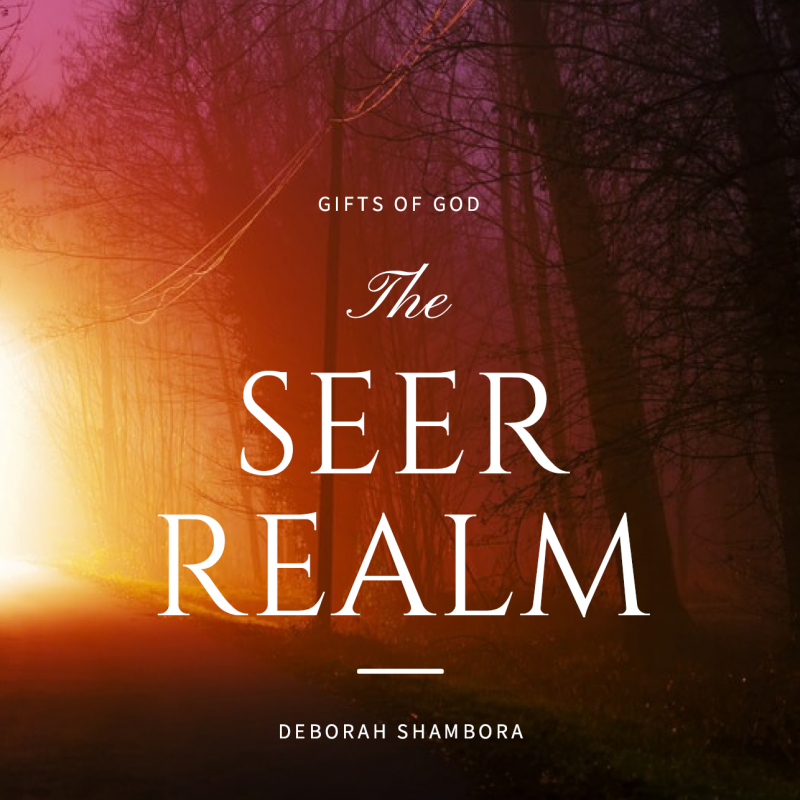 A program that I have been meaning to watch is one that aired on Sid Roth back in 2007 featured a guest named Deborah Shambora. I rarely come across testimonies of those who have the gift of being a SEER.  Jonathan Welton is one who saw into the spirit realm and also appeared on Sid Roth.  Deborah Shambora is another believer who was able to see into this dimension.

The SEER gift is a spiritual gift where the person can see past the natural and into the supernatural.  They would be able to see what is happening with the angels and the demons. 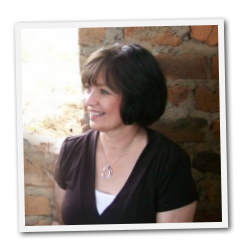 Watch the full show on the Sid Roth Website here

Notes from the show:

-Home churches of the 1st century church may be something that allows the Holy Spirit to reveal more of Himself, as every person has a piece of the puzzle rather than just one pastor.

A man prays for her, and when she gets to church the next morning, she is able to see into the spirit realm

“I saw a lot of angelic activity I saw angels moving in different places doing different activities coming up and down the aisles going up to people individual people and doing certain things and then I saw that the demonic realm kind of peering in and looking on to see what was happening.  This went on for about two and a half hours………  It was like going to the movies.  You could just see everything that was happening.  Of course I was a little bit upset, I thought….what is this,…you know?  I realized that it was a gift from the Lord, instead of getting natural vision, the Lord said, ..(.no you can wait for that), and I do still believe in waiting for healing in the natural vision, but the Lord said (for right now, I am going to give you clear spiritual vision)”

At 14:55 She tells of a situation where she was ministering in a church in California, and she sees a woman in front of her who is rubbing her head.  The Lord reveals to her this woman is experiencing a migraine.  The Lord goes on to reveal that this migraine was sent by the powers of darkness so she wouldn’t be able to receive what was being presented at the meeting.  Deborah prays for her, and suddenly she sees an angel walk down the isle with a container in his hand, and he pours oil over the ladies head.  Suddenly she sees the lady sit upright in her chair, and she is healed.

At 16:56, a man sits down to her while she is getting ready to minister, and she wasn’t really paying attention to him.  He says to her “you can go anywhere in the heavenlys you want”   She kind of ignored him and said “thank you”….and she kept preparing for the meeting.   Later, this same man looked right into her eyes and said “anywhere in the heavenlys you want to go, you can go” It was then she realizes that this man was an angel.  She rushes to her daughter to get her to take a picture, but the man couldn’t be found.

17:42 she describes her trip to heaven.  She says there are definite places in heaven like a throne room and a tabernacle.

She mentions when she went to heaven her favorite thing to do was pray with Jesus.  The second thing that she loved was walking on the sea of glass.  She describes heaven as a peaceful, joyful place.

At 19:13 she describes how in congregations she saw angels coming to people with gifts.  Sometimes they are packaged like presents.  “Sometimes it will be a sword or a weapon of some kind, or a mantle or a coat or a crown ”  The angels will come and be ready to give that gift from the Father to that specific person.  Sometimes the angel gives the gift to Deborah to give to the person. 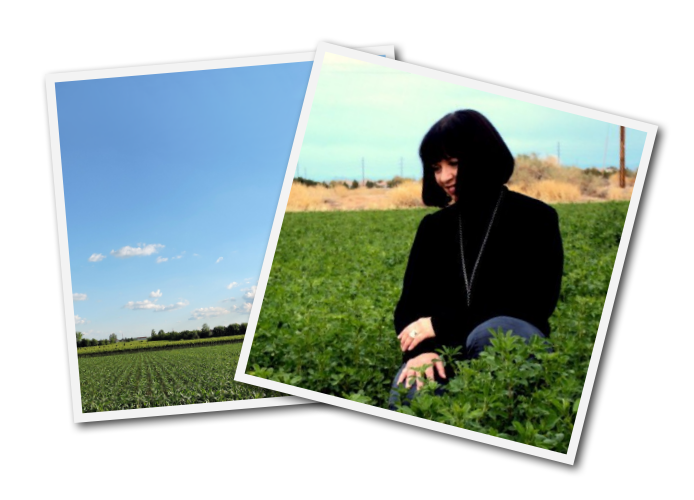 The Radio Interview with Deborah Shambora and Sid Roth

Listen to that radio interview here

Using Speech Notes to translate some of this interview:

Does she always reveal to someone what she sees in the supernatural?

“You know sometimes I tell if the Lord says to tell.   When I go and I start praying for their back because they’re having back pain I see their heart instead.  I see their heart instead of their back and their heart has a big tear in it, that’s what it looks like to me.  So I will then say to them…. well the Lord knows about your back but he wants to deal with your heart first and then there’s a wounding in your heart that’s causing you to not be able to be at peace and God wants this for you so we need to take care of your heart first and then God will take care of your healing and usually they just start to cry and they start talking about what it was that was wounded and then we deal with that issue, and then after that then I see that the Lord wants to heal.  Then I’ll start praying for the physical healing to go with that”

On Gifts That Angels Bring

“They sometimes come with a big jars they look like pitchers and they’re filled with an anointing, so I know that that could be healing anointing, but it also could be anointing for service or for a spiritual gift.   I could have been anointing for promotion in the spirit realm and so I will partner with an angel in order to release that particular anointing on the person that is supposed to be released”

“The angels will only obey the Lord but they will come down and if you are the authority in that meeting then you can you have the authority to release them to do what they’ve come to do. You can’t…. I can’t just call an angel and take him and bring this, … that’s for the Lord to do. God does send his angels but when they come, I can partner with them to do what they’re supposed to do and they need me to partner with them. God doesn’t do things on this Earth unless people partner with him that’s our free will. He’s giving it to us so the Angels aren’t going to come and do anything unless we will partner with them”

She describes being able to go to and from heaven:

” If I go into the throne room I can sit at the feet of the Father and just worship and just be in His presence and and love him and if I go elsewhere I can actually pray in the heavenlies for what God wants to have been on the earth and sometimes I can look down and see the Earth and see certain things that He is highlighting that then I’d make that my prayer focus. For me the whole reason to go into the heavenlies is to do what Jesus is doing there now and has been doing for the last two thousand years and that’s to intercede”

“Never really heard of anybody seeing in the spirit so I thought it was a little bit strange at first. Then I just needed to trust in the Lord and he taught me. As you said yesterday when we were talking we talked about this the fact that I was hidden. The Lord hasn’t really put me in groups large groups of people who do this. He has mostly taught me and trained me on my own and I had to make sure that everything that I do and say matches up with His scripture and that’s the most important thing. I don’t think this is a special gift just for me, I think as you say we are family. We are in the family business and this is a valuable gift for us to go about the families business, the Fathers business. I think that this particular gift that even now God wants to share this gift with anyone who is willing to work and and move with His agenda. You said something about the agenda. We have our own agendas. We can’t have our own agenda we have to truly just have the agenda the Holy Spirit has. It isn’t about doing what we’re doing on our own and I think the Lord wants to make people part of his family today “

Sid Roth then talks about how hands were laid on Deborah, but also a prayer inpartation could release these gifts into a persons life. Here is what she says:

” I tell people this. I believe we have five spiritual senses the same as we have five physical senses and some people will be more gifted in the sight, God will give them more said but some people will be more gifted in the other senses. I have smelled things in the spirit, I have heard things in the spirit, I have yet to taste things in the spirit, I know that’s coming I just don’t know what it’s going to be like because God says “taste and see that I AM good”. I tell people not to sit really seek after the vision of seeing, because of all of our senses, seeing can be the least reliable at times. If you just watch a movie we think something happening on a movie but it’s actually just being done in the computer simulation. So I would really like people to be open to sensing with their spirit, and to growing and sensing in all areas of their spirit and knowing what is happening in the spirit realm, not only by vision, and not seeking that, but seeking to be apart of the family and apart of what God is doing to join in the family business “

“I truly believe that God is calling us to make that decision. Do you just want to be that person who goes to a institutional church on Sundays and then goes and live your life without Him or do you want to be that kind of person who is in the family of God and actually lives and breathes in the spirit room as well as in the natural?”