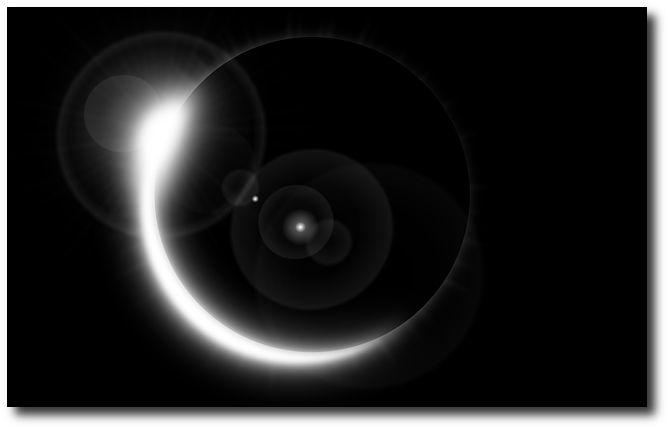 Yeshua Jesus was very unique.  He claimed to be God, and the time He was on the cross, darkness covered the land.  This wasn’t just any normal cloud covering, but an blackened eclipse, noted around the world.  At the moment of his death, there was a earth shattering earthquake.

If this was true, is there any evidence for this?

This darkness was present for three hours.

An Earthquake, Mt 27.51 “the earth shook and the rocks split.” 27.54 “When the centurion and those with him saw the earthquake and all that had happened, they were terrified and exclaimed, ‘Surely he was the Son of God!’”

God at work is terrifying, at the resurrection the combination of earthquake and angel terrified the guards so that “they shook and became like dead men.”

2. The Earthquake Was Noted by Non-Biblical Sources

A. The church historian Eusebius of Caesarea (264 – 340), in his Chronicle, cited a statement of the 2nd-century chronicler Phlegon of Tralles that during the fourth year of the 202nd Olympiad (AD 32/33)

“a great eclipse of the sun occurred at the sixth hour that excelled every other before it, turning the day into such darkness of night that the stars could be seen in heaven, and the earth moved in Bithynia, toppling many buildings in the city of Nicaea”.

In the same passage, Eusebius cited another unnamed Greek source also recording earthquakes in the same locations and an eclipse. Eusebius argued the two records had documented events that were simultaneous with the crucifixion of Jesus.

‘In the fourth year of the 202nd Olympiad, and eclipse of the Sun took place greater than any previously known, and night came on at the sixth hour of the day, so that stars actually appeared in the sky; and a great earthquake took place in Bithynia and overthrew the greater part of Niceaea.”

C. The Letter from Pontius Pilate to Tiberius

claimed the darkness had started at the sixth hour, covered the whole world and, during the subsequent evening, the full moon resembled blood for the entire night. The Archko Volume, a 19th-century forgery purporting to be a collection of ancient documents concerning Jesus, contains a report by Pontius Pilate about the crucifixion events

D. The Gospel of Peter

contained another extra-biblical reference to the darkness, stating that the darkness began at midday, covered the whole of Judaea, and led people to go about with lamps believing it to be night.

In a letter written under the name Dionysius the Areopagite , the author claims to have observed a solar eclipse from Heliopolis, Egypt at the time of the crucifixion.

found a reference in the writings of Thallus, who wrote a history of the Eastern Mediterranean around 52 AD, which dealt with the darkness that covered the land during Jesus’s crucifixion

His “Chronicles” have been lost, but a small fragment of that work confirms the darkness upon the earth at the crucifixion. After his (Africanus) remarks about Thallus’ unreasonable opinion of the darkness Hhe quotes Phlegon that “during the time of Tiberius Caesar an eclipse of the Sun occurred during the full Moon.”

J. Phlegon, another first Century historian, is mentioned by Origen in “Contra Celsum”:

“And about this darkness . . . Phlegon recalls it in the “Olympiads” (the title of his history).” He says that “Phlegon mentioned the eclipse which took place during the crucifixion of the Lord Christ, and no other (eclipse), it is clear that he did not know from his sources about any (similar) eclipse in previous times . . . and this is shown by the historical account of Tiberius Caesar itself.”

K. Tertullian, in his Apologeticus,

provided a brief description of the darkness that had commenced at noon during the crucifixion. He also indicated that those who were unaware of the prediction for the noontide onset of darkness had called it an eclipse.

known as the Acts of Pilate, Christ’s Descent into Hell, and The Paradosis, refer to a variety of physical phenomena accompanying the crucifixion and the subsequent executive responses by Caesar.

Biblical Prophecies- Darkness At The Messiahs Death Predicted In Advance

An Eclipse Could NOT Occur During This Time

Mara Bar-Seraphon wrote a letter to his son in 73 A.D. which tells of the deaths of Socrates, Pythagoras, and of Jesus. Thallus, in the third book of his histories, explains away this darkness as an eclipse of the Sun’– unreasonably, as it seems to me” and he explains “…unreasonably, of course, because a solar eclipse could not take place at the time of the full Moon, and it was at the season of the Paschal full Moon that Christ died.”

In a section of his work surviving in quotation by George Syncellus, stated that the chronicler Thallus had called the darkness during the crucifixion a solar eclipse. Africanus objected based on the fact that a solar eclipse could not occur during Passover; the earth was between the sun and the moon during that holiday

Amo’s Predicts The Darkness Before Yeshua Jesus Was Born

Amos predicted a cloudless day solar darkening that would commence at noon. It had been recorded during the reign of King Uzziah of Judah, several centuries before Jesus Christ. It has been interpreted as a prophecy for the crucifixion darkness:And it shall come to pass in that day, saith the Lord God, that I will cause the sun to go down at noon, and I will darken the earth in the clear day (Amos 8:9).The sun shall be turned into darkness, and the moon into blood, before the great and the terrible day of the Lord come (Joel 2:31)