Re-Published From With One Accord Ministry

Is there a mistake in the King James Bible?

Is the word Easter in Acts 12:4 incorrect?

If the infallible Word of YHWH has a flaw, does that mean it isn’t the perfect Word of The Almighty as proclaimed? It is a commonly held teaching of many pastors and scholars that the “Anglican” translators of the King James Bible (Authorized Version) added the word Easter to the text, because they believe the word should be Passover (Greek PASCHA or Hebrew PESACH). This would imply most scholars believe the translators were ‘Bible correctors’!

However, according to the dedicated Feasts of YHWH and His timetable, the scholars who believe this are wrong! Let’s look to the Bible for answers:

First, the verse in question:

And when he [Herod] had apprehended him [Peter], he put him in prison, and delivered him to four quaternions of soldiers to keep him; intending after Easter to bring him forth to the people.

Let’s look at the context.

3 And because he saw it pleased the Jews, he proceeded further to take Peter also. (Then were the days of unleavened bread.)

4 And when he had apprehended him, he put him in prison, and delivered him to four quaternions of soldiers to keep him; intending after Easter to bring him forth to the people.

5 Peter therefore was kept in prison: but prayer was made without ceasing of the church unto God for him.

You need to have an understanding of the feasts of YHWH to see why the King James Bible is absolutely correct. Note in verse 3 that we have a time sequence:

1) Peter arrested
2) Then were the days of unleavened bread.

In verse 4, we are told that Herod intended to keep Peter after Easter and then execute him. Note also that in vs. 3-4, this is all being done for “the Jews” or for “the people.”

Here is the problem. The scholars would have you use the word Pascha or Passover in verse 4 rather than Easter. An understanding of the Feasts of YHWH tells us that the order of the feasts is:

1) Passover
2) The Days of Unleavened Bread

Though many anti-KJV folks make the claim that Anglicans translated it, actually there were many Puritan scholars involved as well. Nor did King James have any influence on the work of the translators, he only authorized the beginning of their work on the Bible.

Passover is clearly the 14th day of the month and the feast of unleavened bread begins of the 15th day! Unleavened bread follows Passover! Ask any observant or Messianic Jew, and they will confirm the order of the feasts.

If Herod was going to bring Peter out to please the crowds, it would mean he would have to WAIT A YEAR before scoring his PR coup – since the days of unleavened bread are AFTER Passover. That would be patently silly!

Remember, Herod was not a Jew. He was an Idumean and probably descended from the Edomites. He was essentially a pagan, and showed no interest in keeping the Torah even though he was a ruler of the Jewish people. The solution is that the King James Bible is correct and that Herod KEPT EASTER as a pagan! Even to this very day, Easter often falls right around the time of Passover. Herod, as a heathen, was celebrating the heathen feast of Easter (the goddess Ishtar or Eostra). He wanted to wait until after the pagan celebrations to bring out Peter and execute him.

Once again, the King James Bible is proven right and the scholars are wrong. 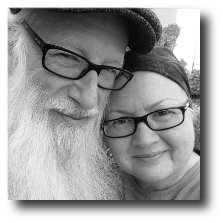 How To Have Passion In Your Walk With The Almighty- Facebook

Like Lightning from Heaven: Satan in the Vatican – William Schnoebelen Omega Man Radio